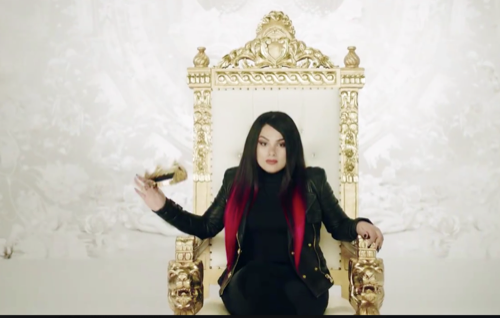 Tonight on the USA Network Queen Of The South airs with an all-new Thursday, August 10, 2017, season 2 episode 10 and we have your Queen of The South recap below.  On tonight’s Queen Of The South season 2 episode 10 as per the USA Network synopsis, “Teresa competes with James for Camila’s trust, until new revelations force her to question everything. Epifanio plans to leave the cartel world for good—but not before Cortez faces justice.”

Teresa visits Camilla in jail. Camilla tells Teresa she needs to keep everything status quo while she is in jail. She will work alongside James. Teresa admits she called the DEA on Camilla. Camilla knows that the call was the only thing that saved her life. James joins them and tells Camilla he has found someone to protect Camilla while she is in jail. Camilla tells James and Teresa that the priority is to assure their associates that everything will go as planned while she is incarcerated. Teresa leaves the table and James tells Camilla Teresa isn’t ready but Camilla knows she owes her life to Teresa. James and Teresa leave and meet with King George. They tell him it is business as usually and Camilla will be released soon. As they talk King George’s men yell for him. He boards his ship to finds all of his men dead and the drugs are gone.

Poto thinks this is payback for his killing of El Puno. King George is furious because his men are dead. Teresa promises him they will make sure whoever is responsible will pay. Camilla meets with her lawyer and he promises all the charges will crumble and she will be home soon. She asks if he has told his wife about them yet. He promises he will. Camilla says his wife confronted her and someone is feeding her information about their relationship. He isn’t worried.

Kelly Anne meets with the DEA and tells the agent she confronted Camilla after she saw the pictures he had. The agent tells her he needs her help finding proof of Camilla’s drug dealing. If she can find that he will promise her protection. James tells Teresa and Poto they need to set up a meeting with Baez. They don’t need any more bloodshed. Teresa thinks it is too personal and Baez won’t be willing to talk. Teresa wants to speak to Camilla first but James says no, that is the plan and she just needs to sit tight while he meets with Baez. Teresa is not OK with this and she asks Polo to join her. He says of course.

Teresa meetings with Devin on his private plan. He is worried that their deal will go bad now that Camilla is in jail but she convinces him everything will be fine. She has everything under control. She shares her plan for their expansion and Devin says he will do some research and get back to her. For now their deal will move forward as planned. James meets with Baez. James promises they will not attempt to move into his territory if he will back off for the next 60 days. He agrees but isn’t happy.

Kelly Anne searches her home and finds the paperwork the DEA wants. Camilla enters the library in jail and is attacked by three inmates. She beats them all down until one pulls a knife. The people who James hired to protect Camilla failed. Several Hispanic inmates enter and tell the woman to leave. Camilla thanks them and they tell her to thank Teresa. Epifino comes home to find his daughter passed out in the bathroom. Her nose is bleeding. He carries her to bed and she wakes up. At first he yells at her but then apologizes. He tells her he is giving up the drug business. She tells him she was so afraid that her mother was going to be killed. She was so afraid and now everything just hurts.

Teresa pays a woman to continue to provide protection for Camilla. The woman tells Teresa she is one bad bitch. James and Teresa visit Camilla and they can see she has been beaten. She tells them Teresa’s people came to her rescue. Camilla asks about Devin and Teresa assures her it is business as usually. Camilla is quite pleased with Teresa. James tells Camilla about his meeting with Baez. She is not happy with the arrangement and tells him no more judgment calls. She will handle Baez when she gets out.

James is angry at Teresa. He told her to sit tight and she meet with Devin behind his back. Teresa tells him he is mad because Teresa works with Camilla and he works for Camilla. As they talk Teresa gets a call from Kelly Anne. Kelly Anne tells Teresa she needs her to come to her house right away. The Colonel and Epifino party with Baez. Baez is on board to take over Epifino’s business. Teresa goes and meets with Kelly Anne. Kelly Anne shows the papers she found to Teresa. They all have Teresa’s signature and make it look like Teresa owns the transportation company that the DEA has been following. Camilla has been setting Teresa up to take the fall with the DEA.

Cole comes home and Teresa hides. Cole grabs Kelly Anne by the throat and asks why she was in his office. Teresa pulls her gun on Cole and asks why he is setting her up. Cole tells her it is Camilla who is setting her up. It is her fault that she trusted Camilla. Cole tells Kelly Anne to get out. As he talks to Teresa Kelly Anne shots him in the head. The Colonel, Epifino and Baez continue to party. The Colonel doesn’t understand how Epifino can walk away from his life work. Epifino tells the Colonel he knows he tried to kill Camilla but there are no hard feelings. As Epifino leaves he sets the room on fire and his men shot the Colonel and his soldiers.

Teresa tells Kelly Anne she needs to come with her and she will keep her safe. She tells Kelly Anne to trust her. Poto cleans up and disposes of Cole’s body. Teresa goes to confront Camilla. Camilla says she is worried about Cole and asks Teresa to call Kelly Anne. Teresa tells Camilla that Kelly Anne called and showed Teresa paperwork that would put Camilla in prison for life. Camilla promises Teresa that she would never lie to her. Camilla trusts Teresa more than anyone. The final scene is of the Colonel badly burned but alive.