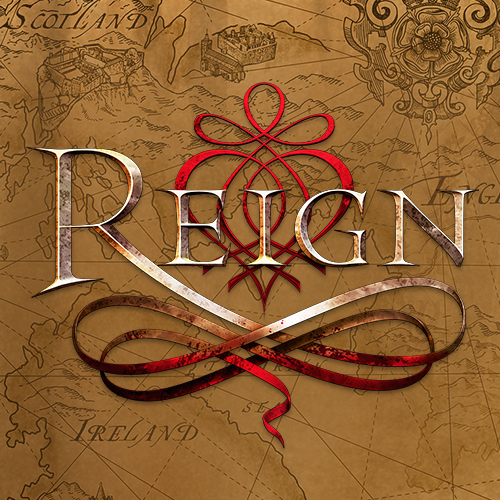 Reign on the CW continues tonight with an all new Friday, February 24, season 4 episode 3 called “,” and we have your weekly Reign recap below. On tonight’s Reign’s episode as per the CW synopsis, “Charles behaves erratically, but Catherine covers for him as best she can. Meanwhile, Gideon wants Mary (Adelaide Kane) to see what life could be like if she prioritizes love over country; and Claude and her sister Leeza become unexpected adversaries.”

So make sure to bookmark this spot and come back between 8PM – 9PM for our Reign recap.  While you wait for our recap make sure to check out all our Reign photos, news, pics, videos, recaps & more, right here!

Mary asks James how the courting of Mrs. Knox going; explaining how important it is for him get close to her to find out her husband’s secrets, his plans and alliances against her. She didn’t enjoy her time with the pompous Danish Prince either. She is still determined to court Lord Darnley (Will Kemp) because together they can be a real threat against Queen Elizabeth (Rachel Skarsten). She wonders what is keeping Darnley in England.

Lord Darnley shares with his mother that he is going to marry his love, Keira (Sara Garcia) and doesn’t care to be King. He is bothered that Mary continues to see royal suitors but his mother tells him that is only to keep him interested; and all she is asking is for him to meet Queen Mary.

Darnley meets with Keira, saying his family will him off. He will go meet Mary, but she shouldn’t worry because he will return to marry her since Queen Elizabeth knows it would be a huge mistake and give Mary the upper hand.

Narcisse (Craig Parker) arrives back at French court with Frances’ son John. Catherine (Megan Follows) is so excited to see her grandson. She promises to protect John and says that Narcisse will always be his stepfather, and always a part of his life. He says he can’t because John has Lola’s eyes and he cannot handle looking at him.

Catherine updates Narcisse about what is happening at court, including that her daughter Leeza (Anastasia Phillips) is imposing herself at French court making everything more Spanish. Narcisse assures Catherine he is ready for a fight.

Elizabeth learns from Gideon (Gen Geurens) the money she sent for Lord White was stolen; she is upset that Lord Darnley is on his way to Scotland as they speak. Gideon says he wants to marry Mary, with Elizabeth’s blessing.

He reminds her that Mary never wanted this job, she was crowned at 6 days old; and cost her everything. Gideon suggests that she may willing step down in order to marry for love; and its her last chance at happiness and survival. Elizabeth gives her blessing saying they better hope she accepts for all their sakes.

Catherine presents Lord Chancellor Narcisse of France to her daughter Leeza. Leeza attempts to take credit for Narcisse’s release but Catherine won’t have anything of it, informing her that Narcisse secured his own release. Leeza introduces Cardinal Rosalez to fill the empty spot as Lord Chancellor; Narcisse reminds her the space is no longer vacated. King Charles walks out and Leeza says France needs to good strong leader, and who better than a strong Catholic to go with the alliance with Spain. Leeza asks if Narcisse needs help writing his resignation.

Catherine shares that Leeza hates her because she was a terrible mother. Charles is gutted by the tragedy of watching his friend burn alive. Claude (Rose Williams) is praying and crying over the death of Leith (Jonathan Keltz). Catherine is very happy to have Narcisse back, but isn’t happy by suggesting they let Charles experience the pleasures of being king.

Catherine suggests an unlethal way to take care of the Cardinal; his gout is going to flare up badly. Meanwhile, Gideon arrives in Scotland, much to Mary’s surprise. Gideon shares the deal they have made. Elizabeth is to never marry and their first son will be named heir to the throne. It is a great solution but Mary can’t put her love over her country. Gideon says he is asking her to marry him, but begging her to save her own life.

Narcisse brings a young maiden, Bianca to be King Charles’ mistress. The only advice she is given is if it pleases the king, then don’t stop. Charles tells her to do what she wants. He wishes he was born in a different family, a powerless one.

He tells her that Frances tried to warn him; forcing him to drown 100 men, and if he didn’t 1000s more would have died. He shares that he forces himself to remember because it is too dangerous to not feel nothing, or more will die. He must be aware, always aware.

He hands her a finger bone, when she tries to hand it back, he grabs her hand telling her to come with him so he can show her that he understands the pain he inflicts and she will understand pain too; he tells her it will please the king very much,

Catherine’s lady shares the good news about the Cardinal demanding to go back to Spain from his gout, but they realize quickly something went wrong and he is blind. She says this makes things look suspicious.

Gideon takes Mary on a boat ride to a private, protected place. She wishes it could be that simple. He asks if she believes they can be happy together, and when she says yes, he feels that is all he needs to know for tonight.

Catherine returns to her chambers, finding Leeza forcing a servant to drink out of her vials; they turn out to be her perfume bottles but Leeza said she will not give up saying having a disability will not disqualify an applicant for the Lord Chancellor position. She promises Catherine she will destroy her for daring to take her on.

Claude is praying and mourning Leith, when she is interrupted by the Cardinal who burned himself from the candles. Claude helps him but one of her tears falls on his face, and he is suddenly able to see; calling Claude a miracle worker.

Leeza doesn’t believe that her sister had the makings of a saint, since she was bedding the help; Cardinal reminds her that Mary Magdeline wasn’t a clean woman either. The sisters begin to bicker, but the Cardinal says Catherine is the one who grew this saint in her sacred womb; she whispers to Narcisse this could work for them.

Gideon and Mary talk to James about the deal; she is ready to give in but James says Darnley could be on his way now and she still has an option. She tells James she is asking for his advice and he has shown his true loyalty to her and to Scotland. James says even if she is to give up her crown, no one in Scotland would accept that.

Narcisse and Catherine try to convince Claude that she can be a savior to France, and she needs to help get rid of Spain and the Cardinal. This is finally her chance to give her sists Leeza a good spanking for being so cruel; she agrees.

Greer confronts James about pursuing Emily Knox who is married to such a powerful woman, and its a mistake to pursue her when there are many other women available. He telsl her to not fear for her or him, and soon no one will fear John Knox either.

Mary and Gideon are showing the people they love each other, and she is willing to give up her crown for love and for them. They share a dance, that everyone sees and is smiling until Lord Darnley and his mother arrive.

Lord Darnley is given permission to return to England but his mother, Lady Lennox stays behind to deal with Mary. James asks Mary to choose between Darnley and Gideon; she says to let Darnley go, she has chosen Gideon.

Catherine meets Bianca’s father, Lord Simon in the gardens informing her that Bianca hasn’t returned since her visit with the king; Catherine promises to locate them at once. Charles says its hard to tell what happened to her because terrible things happen to people over time. She asks if he harmed her, but he orders her to leave.

Leeza meets with Claude, in the chapel telling her she will bring in the lepers that no one will help, and threatens her that they will believe her as a witch and prosecute her. She orders Claude to come to dinner and have a smile and no more games.

Mary meets with Lady Lennox, explaining she meant no offense to her or Lord Darnley. She says she is giving up her throne and marrying Gideon. Lady Lennox doesn’t agree and informs Mary that her cousin has been tasked with fortifying the new castle and lands for Mary and Gideon, with great stone walls and dungeons; proving Mary is meant to be her prisoner.

What Mary sees as peace, she sees as her demise. She admits it is a trick and Elizabeth will never rest easy, it is not in her nature. She warns her of Elizabeth deceiving her and possibly beheading her before she would even see her child.

Lord Darnley is heading back to England but Keira doesn’t show up. Meanwhile, Keira receives a letter telling her Lord Darnley is no longer going to be with her. Darnley is told that Keira married Lord White. Mary comes to see Gideon, he insists its not true but Mary tells him her people told her it is nothing more than a fortified prison. Mary is worried she gives her subjects peace and she cannot risk their lives.

She will pursue Darnley and Gideon says if she takes it, he fears he is staring at a dead woman. Mary cries as Gideon leaves and James says it appears they still have a queen. James walks over to Emily, accepting that some things are meant to be, even if they violate their duties and oaths. She says to break an oath is a great sin; he says to break a heart is an even greater sin.

Gideon confronts Elizabeth and they argue that he was the bait. She promised Mary would have been safe from her, but those walls were there for her own protection. She says that as long as her and Mary are both Queens, neither one of them is safe and only one can survive; and she intends it to be her.