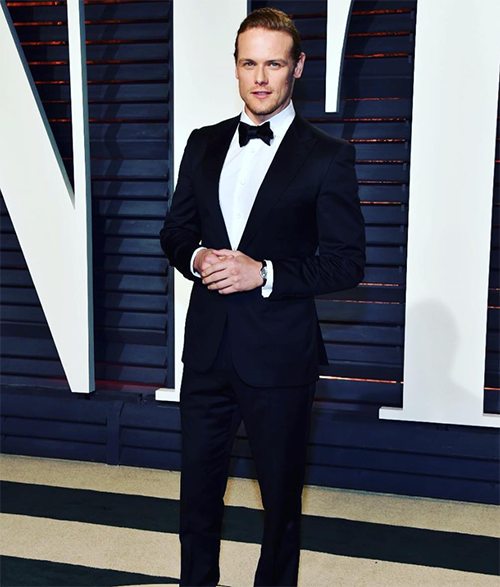 Sam Heughan has a new girlfriend and, sadly, it’s not his ‘Outlander’ co-star Caitriona Balfe. Instead, the Scottish actor and his new lady love MacKenzie Mauzy made their public debut The Weinstein Company and Piaget’s Oscar Weekend Kick-Off Party On February 24th in Los Angeles. This is the first time fans have seen Sam and MacKenzie together.

Even though she’s not as famous as her beau Sam, MacKenzie is also in the Hollywood business. She starred in the film, ‘Into The Woods,’ as Rapunzel and on the ABC crime drama ‘Forever.’ If that weren’t enough, Caitriona has been making public appearances with her boyfriend, too. Caitriona and Tony McGill stepped out for pre BAFTA parties in London on February 12th. 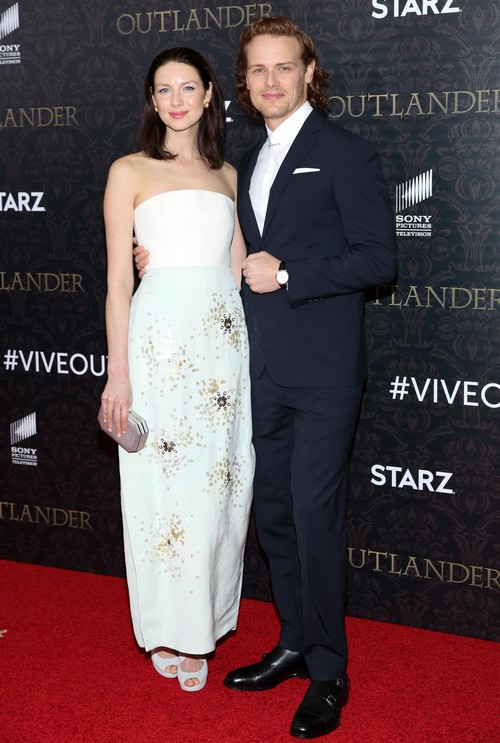 At this point, it’s pretty safe to say that any passionate kisses between Sam and Caitriona will be strictly for the cameras and nothing else. Yet, it’s not surprising that ‘Outlander’ fans are absolutely devastated to see Sam Heughan with someone like MacKenzie Mauzy, and not Caitriona Balfe. After all, they’ve seen Sam and Caitriona flirt with each other during interviews and red carpet appearances for several months now.

Plus, fans love Sam and Caitriona’s chemistry at Jamie and Claire on ‘Outlander.’ Many have even said that they look like a perfect couple both on and off screen. But for Sam, it looks like he doesn’t feel that way. By bringing MacKenzie Mauzy to the Oscars, he’s making it clear that he’s serious about his new girlfriend and their relationship.

But Sam has made it clear plenty of times that he and Caitriona were never a couple. Caitriona was even forced to address the rumors back in 2016 when she told reporters that she was tired of all the speculation. Sam told Entertainment Weekly in an interview, “I don’t know. It’s a strange one. I’m still coming to terms with what it’s like to have people follow your personal life as well as your public life. It gets amusing. But she’s just wonderful. We’re very good friends.” 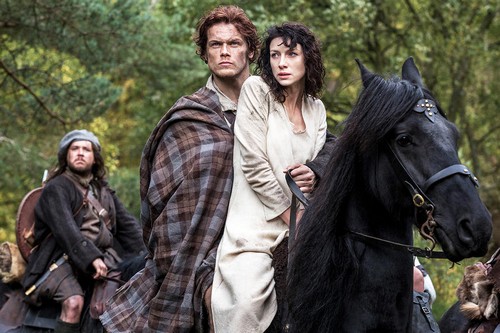 So far neither Sam nor MacKenzie have made any comments about their romance. Tell us, what do you think of Sam Heughan’s new girlfriend, MacKenzie Mauzy? Are you disappointed that Sam and Caitriona are not together? Let us know what you think by leaving us a line with your thoughts in our comments section below. Also, don’t forget to check back with CDL for all the latest news and updates on Sam Heughan and Caitriona Balfe right here.

holy jetlag it’s bright out there