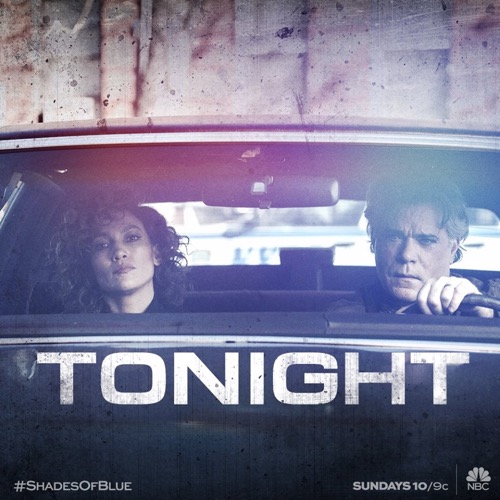 Shades of Blue airs on NBC tonight with an all new Sunday, May 7, season 2 episode 10 called, “Whoever Fights Monsters,” and we have your weekly Shades Of Blue recap below. On tonight’s Shades of Blue season 2 episode 10 as per the ABC synopsis, “Harlee (Jennifer Lopez) and Wozniak (Ray Liotta) lead a manhunt for the gunmen who ambushed the crew and unearth the key to taking down Bianchi; the crew bands together against the threat of Verco, who has finally obtained evidence of their corruption; and Stahl, suspended from the FBI, goes rogue to complete his quest to link Harlee to Miguel’s death.”

Tonight’s episode of Shades of Blue picks up where we left off last episode – there were shots fired into Lt. Wozniak’s house, and his son was hit by a bullet. Wozniak and Det. Harlee Santos managed to hold off the mystery shooters staked out outside and rush Wozniak’s son to the hospital. The shooters got away.

Santos is interviewed by cops at the scene, she explains that she didn’t see the shooter and claims she has no idea why anyone would target Wozniak. Santos becomes nervous while the cops search her car and find a shovel in the back. They crack a joke about her burying a body – Santos fidgets and says she was doing some gardening.
At the hospital, Wozniak and his wife learn that their son is going to recover. However, there was a lot of blood loss and they had to remove his spleen. The doctors praise Wozniak for getting his son to the hospital so quickly. His wife breaks down in tears. She makes Wozniak promise that he will find the shooters that hurt their son.

Harlee arrives at the hospital, Wozniak tell her that they are going over the police, he wants their crew to find the guys that attacked his family. She tries to convince him to stay with his wife Linda, but Wozniak isn’t having it. Harlee reminds him they have another mess to clean up tonight – Stahl has the plot number at the cemetary, Woz swears that situation has been “handled.” But, little do they know, the grave is being dug up while they are arguing at the hospital.

Harlee heads downstairs to brief the team. She confesses that she thinks it may be mob related, or may be the handiwork of Bianchi. James is waiting with her daughter in the lobby. She tells him to take her home, but it doesn’t go over well. They think that she is making a huge mistake and should let the other cops handle it. Julia shows up at the hospital, she takes Woz aside and tells him that there is about to be a search at his office.

He rushes down there just in time to remove his little black book. Their prisoner Quince and his lawyer Verco are all over the unit – Woz is being accused of framing Quince and planting evidence on him. Wozniak is nervous, he’s afraid that Verco may have evidence.

Meanwhile, Harlee and the team chase down a lead on the shooting. They find one of the shooters hiding in a clinic that is closed, and the doctor is trying to save him from bleeding out, he was shot. Harlee refuses to call for an ambulance until the man gives her names. He swears that his cousin Jordan was paid cash to pull of the shooting, but everything went wrong because one of the guys on their team was tweaking out and fired too early.
Harlee and her team head to the hotel where Jordan and the other shooters are supposed to meet up. When they storm in to the hotel room, they are shocked to see three men…dead. They all appear to have been shot in the head.

Wozniak heads back to the hotel, Linda says that Nate was awake and talking – but then the doctors gave him more pain meds and he went back to sleep. They bicker over which one of them should go lay down and get some rest. Harlee arrives and fills Wozniak in on the three men getting shot and killed.

She’s convinced that Bianchi is responsible, and he hired the shooters. She thinks that he is on the way to the hospital to finish off the final shooter and clean up his mess. Harlee and Wozniak set a trap, and sure enough a man in a suit arrives at the hospital room. They knock him out and rush him out the back door of the hospital on a stretcher.

Turfo and Lowman track down Karen, their inside source on the Quince case. They explain to her that Verco is out for blood, and they need her to come down to the station and tell the Captain and the lawyer that that she was their criminal informant. Verco emerges out of nowhere, and seems to have been listening in on their conversation, he drags them all down to the police station and accuses Turfo and Lowman of trying to get Karen to lie and cover for them.

Harlee and Wozniak are en route with their witness, they make a detour back to the station so Wozniak can deal with his team’s latest debacle. Harlee guards the car where they have their witness locked in the trunk. Wozniak heads inside and convinces Karen to come clean to Verco and take a stand against Quince.

Stahl’s trip to the cemetery was unproductive, he didn’t find the evidence that he was looking for. Apparently Wozniak was right, it was “handled.” Stahl heads to his ethics board meeting, and despite his pleas, they suspend him indefinitely and strip him of his gun and badge.

Wozniak heads back to the hospital to have a moment with Nate, who is still unconscious. He cries that he didn’t mean to push him away, and has nothing wrong with his son being gay.

Harlee heads home and has a fun dinner with her daughter Christina and Nate. After Christina heads to bed, Harlee and James head up stairs and begin stripping off their clothes. Little do they know, there’s an intruder in the house. Stahl slips inside, dressed in black, and looking extra crazy – he sneaks in to Christina’s room while she’s sleeping and steals some hair out of hairbrush and slips it in to a plastic bag.

In the morning, Harlee and Wozniak pick up Bianchi’s girlfriend Elena. Wozniak is man on a mission and determined to prove Bianchi ordered the hit on his house. He sits down with the man they picked up the hospital and Elena and plays Russian Roullette. After he kills the man, Elena sings like a canary – she gives them the address to the safehouse in uptown where Bianchi is hiding out. Harlee takes the address and leaves the hotel room, as soon as she is gone, Wozniak kills Elena too.