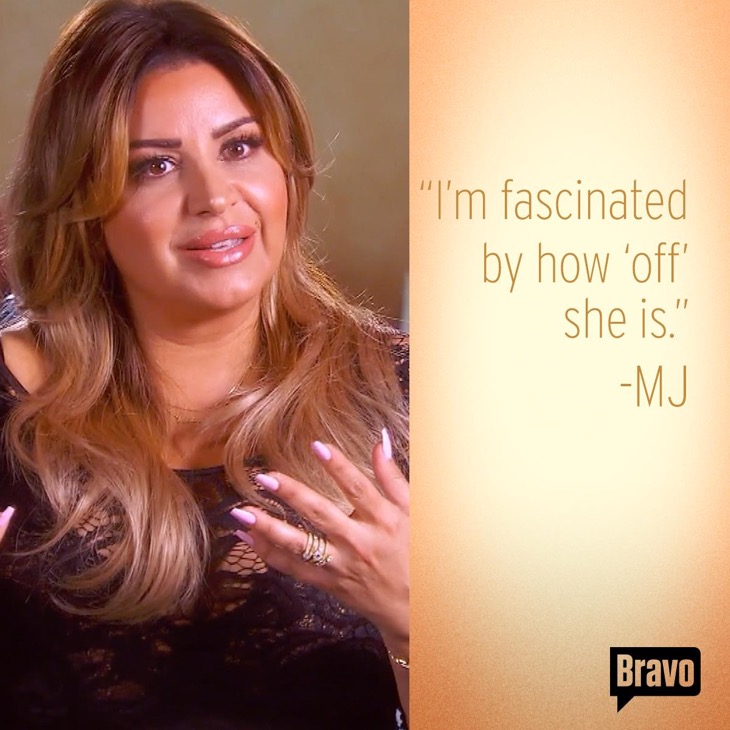 Tonight on Bravo, Shahs of Sunset continues with an all new Sunday, August 6, season 6 episode 4 called “The Secret Is Out,” and we have your weekly Shahs of Sunset recap below. On tonight’s Shahs of Sunset Season 6 episode 4 as per the Bravo synopsis, “Reza and Adam explore the surrogacy and adoption routes. GG’s relationship is at risk when she introduces her boyfriend to her parents. The Shahs are excited for their trip to Israel, but getting into the country proves to be hard. MJ is set on becoming a mom soon, but her friends are not sure she is ready.”

This week on Shahs Of Sunset Reza and Adam head to the fertility clinic to check out the possibilities of having children. Reza still has serious misgivings. When they get into the Drs office Reza says “I want to adopt,  but Adam wants to have our own kids.” Adam says “I want a combination of both, but I think we should start with our own kids.” The Dr tells them “You should start with two sets of donor eggs and you should each donate sperm.” Reza asks “How much does all of this cost?” The Dr says “It will run you between 120 and 160,000 for the procedure.” Reza is not happy to hear this. Adam is willing to do whatever it takes to have his own children.

MJ goes to visit her dad before the group gets ready to leave for Israel. She says “I am not in an ideal place to be leaving for a trip right now, but this trip seems to be grabbing me by the neck and telling me to go.” She is also fixated on having a baby before her dad dies so that she can leave a legacy for him to see. She tells him “Try not to miss me too much while I am in Israel.”

GG is introducing her new boyfriend to her parents. They meet at a Japanese restaurant and when her parents arrive GG’s nervousness intensifies. GG and Shadom order drinks and he asks her “Does your dad drink?” She says “He drinks Sake.” Shadom says “I’ll get him drunk.” GG laughs. When her parents arrive they question Shadom about his background. He tells them “I was born in Israel, but I grew up in Germany and a little of everywhere.” As the two couples are talking everyone seems to be getting along. GG is nervous. Finally, she asks for her dad’s opinion. He tells her “You know how I feel about you dating outside the Persian culture. I don’t care.” GG is very relieved.

Reza meets up with Asa to go baby shopping. Reza tells Asa “We went to a fertility clinic.” Asa is surprised. Reza says “Babies are expensive as hell!” They then start talking about MJ.  Reza says “She has been affected in some way by this news.” Asa says “I just don’t want to deal with her because she’s so negative,”

MJ and Tommie are in full baby making mode. When the ovulation kit tells her she is not ovulating she’s disappointed. MJ says “It’s so disappointing that the second you want to do something you can’t.” Tommie tells her “You haven’t gone through menopause yet so it’s all good.” MJ is still concerned because she is older and her chances of conceiving are slimmer.

Reza and Adam meet with a Foster to Adopt specialist. She gives them statistics on kids who need homes in the city of Los Angeles. Reza is deeply affected. He tells Adam “This is why I don’t want to do surrogacy because there are so many kids who are already out here who need good homes.” Adam is also moved by the information, but he seems to still want his own baby.

When the group arrives in Israel there seems to be a pall hanging over the group as they are detained coming off the plane. Slowly they are questioned and cleared until the final two left are Reza and GG. Reza is deeply concerned. He wonders “How does the only Jew in the group managed to get detained?’ He is also worried about GG. He says “She is the worst person to be left with. She could flip out and get us both sent home!” Finally, after five hours in detention, the whole group is reunited and they leave the airport.

When they get to the hotel Reza tells everyone to meet back up in an hour. One hour later the group hops on a party bus and heads out to dinner. Asa decides to leave because they are smoking in the club. She says “I’m going to go because smoking is bad for me because I’m pregnant.” MJ says “Bye Asa!” Asa says “Have fun for me!”

MJ is talking to GG and Destiney. She tells them “This is my last cigarette. I am going to try and get pregnant.” The ladies are shocked to hear this. GG says “Won’t your baby be a bastard?” MJ says “No, i plan to get married before the baby is born.” There is a short argument about whether it’s birth or conception that makes the baby a bastard. Reza comes out and asks “What’s going on?” They fill him in. He tells MJ “If you want to have a baby you have to stop partying, smoking and do more yoga.”

As the night wears on the party gets rowdier and everyone drinks more and Reza says “I’m out.” When a game of spin the bottle ensues. Eventually, everyone breaks up and heads to their hotel rooms.