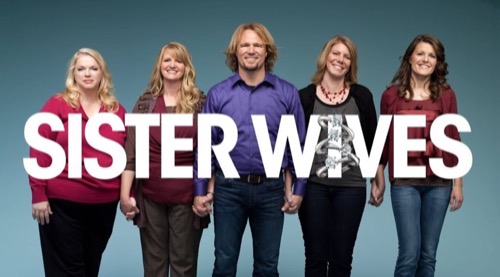 The Browns faced some painful truths on tonight’s “Tell-All”. It had been a few months since they shot the last episode and so the cast has had plenty of time to reflect on their actions as well as that of others’. But tonight’s host, NBC News Correspondent, Andrea Canning had wanted to start things off gently. She had first brought up Madison’s wedding and that family got to see the footage from the event. So there were smiles and laughter though it turns out no one had been surprised that Kody had cried during the ceremony or that he forgot something important.

They had all just thought it was nerves and Kody did own up to that. Though Madison hadn’t mind that her father forgot the exchanging of the rings. She knew that she could do that later and so there hadn’t been a single thing that had ruined the wedding however, Andrea had did ask about the cultural differences. She like everyone else had heard Kody and the sister wives discuss the difference between a polygamous marriage and a monogamous one this past season. So Andrea asked what was exactly different.

However, there had been a list. Polygamist didn’t usually have large weddings because of the fear of being arrested and the rings also weren’t part of their ceremony. So the Brown family had actually had to use movies to understand monogamous marriage ceremonies and luckily they hadn’t done so bad. The wedding had been a memorable family event and that became a manual for the other weddings that the adults were going to have to plan. Like Mykelti’s wedding! Mykelti had surprised her mother at the end of the last season with news that she was going to get married.

So Christine had to be the one to talk to Kody. She had known that her daughter would let Tony drop the bomb on Kody without any kind of forewarning and so she had told Kody about what their daughter was planning. But Kody had not been amused. Kody had thought the kids were dumb for wanting to get married so soon because he had thought that Mykelti might go back to school or pursue a career however the marriage bomb had been too much. Kody had thought it was irresponsible and so he had decided to test the two.

Kody had allowed Tony into the house so that Tony could ask for permission to marry Mykelti, but he had then tried to hit Tony with the hard questions. He asked the young man whether he would allow the children he had with Mykelti to become polygamist if they want and so Andrea had asked about that. She wanted to know where that question came from. Though Kody had ended up telling her that he didn’t care what his grandchildren decided to do and that he had just asked as a way to get to know Tony.

Tony hadn’t grown up around Kody like Caleb did so Kody didn’t know if Tony would restrict his or the sister wives’ access to their grandkids because he didn’t want them to be “brainwashed”. However, the kids’ behavior at the time had been short-sighted. They had wanted to get married right after Madison’s wedding and the family didn’t have the money to give Mykelti what they gave Madison. So Kody had pushed the wedding date to December and he had suggested that for two reasons.

Kody had thought December would be enough time between the two sisters’ wedding and he had also thought that Mykelti wanted to get married so soon because she wanted to have sex. But Andrea had asked the younger generation about that and they had said they were used to their fathering being blunt with them. They said that Kody always came right out and talked about it however they knew that his heart was in the right place. Their father had wanted them to get know their potential husband or wife before taking that commitment and he wasn’t judgmental.

Kody had said that he wanted them to develop intimacy. So it wasn’t like he was making this detection between chastity and ungodly, but Mykelti and Tony had wanted to get married by the end of the year for tax reasons. They had wanted to file as a couple and so that’s why they pushed the date to nothing less than December. Though other than that, Kody had a point. The couple had talked about the parents putting a lean on the house in order to move up their wedding date and that had been naïve of them.

However, Kody often gets into trouble because of the way he talks. He called Mykelti and Tony dumb when Christine thought he should have used naïve and he often forgot to be careful about what he says to his wives. Kody and Meri have had problems in the past and unfortunately everything had come out after catfishing though, bedsides the scariness of it all, Andrea had asked Meri about whether or not she wanted to leave the family. So of course Kody says something bone-headed like they’re not legal shackled and they could leave whenever they want and that wasn’t what the wives wanted to hear.

Robyn and Janelle got where Kody was going with what he said however Meri had been upset by that because he hadn’t said something like “I Love You” or “Please, Don’t leave”.