BY Sarah Luoma on June 12, 2017 | Comments: Leave Comments
Related : Recap, So You Think You Can Dance, Television, TV 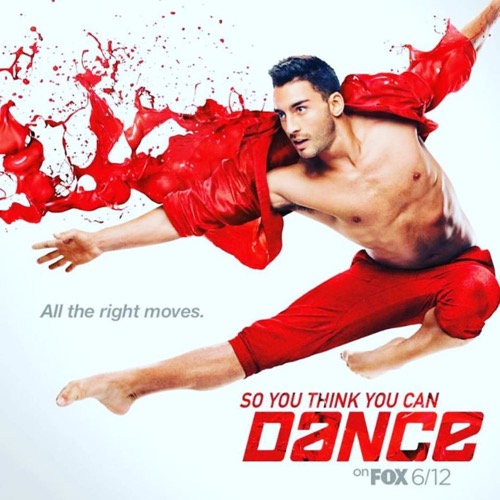 Tonight on FOX their Emmy-Award Winning So You Think You Can Dance premieres with an all-new Monday, June 12, 2017, season 14 premiere episode and we have your SYTYCD recap below!  On tonight’s So You Think You Can Dance season 14 premiere called “Los Angeles Auditions #1” as per the FOX synopsis, “The 14th season begins with the first round of auditions in Los Angeles, where contestants between the ages of 18 and 30 compete for a spot at “The Academy” callbacks.”

It’s the Los Angeles auditions. Mark, age 26, from Hawaii is the first contestant to hit the stage. He has been dancing since he was 5. He is doing breaking contemporary. He begins is act. The crowd is quiet with awe. At the end they cheer. Mary loves what he did just now. It was artistic. It was out of this world. Nigel loved it as well. Vanessa thinks he radiated. He was fun to watch. He is moving forward.

Kristina and Vasily are up next. The couple can’t seem to agree on how long they have been together! They are married. The music begins. Vasily is blindfolded. The judges whisper how beautiful their routine is. Nigel calls them stunning. Mary is crying. She thinks they really took it to an artistic level. Vanessa thinks it was beautiful and romantic. They make it to the next round.

Robert Green, a 24 year old from North Carolina, previously played the violin. He was always an outcast. He started dancing and he is out to prove everyone wrong. He’s fluid and flexible. The crowd goes wild. Vanessa loves how fearless he is. She loved, loved, loved it. Nigel loves his see through running suit. He is like a dancing sandwich. Mary loved it too. He makes it to the next round.

Alexis from Riverside, California is up next. She hasn’t slept all week she is so excited. She is going to do jazz. Mary thinks she is adorable. She has a gift. She has great control. Vanessa thinks she has energy. Nigel says one word – academy. She has made it to the next round.

Luke, who is 29 from Florida, is up next. He has been dancing for 4 years. He has trained in mostly hip hop. He dances to The Weeknd, losing his shoe. Nigel thinks he has started a new form of hip hop. Mary enjoyed it but it didn’t translate to this show. He should keep doing what he is doing. Vanessa thinks he was great. He made her want to dance. He calls her up. She hits the stage and the dance.

Darius, an 18 year old from Florida, is up next. He talks about his life story. His father wasn’t around. His mother ended addicted to drugs. He lived with his aunt, who was abused. He was abused too. Dance helped him get through. He is nervous, but he wants to share his story and his movement. Nigel is crossing his fingers for something good. Darius performs a dramatic difficult dance. He gets a standing ovation. His godmother is there to watch. All of the judges hug hm. They welcome him to the next round!

Russian identical twins, Anastasia and Viktoria, have been in the states for 2 days. They perform a dramatic dark modern dance dressed in black and white. Nigel thinks it was brilliant, they had fantastic characters within the dance. Mary thinks it was unique. It has made her cry. Vanessa thought it was emotional and beautiful.