BY Kristine Francis on July 24, 2017 | Comments: Leave Comments
Related : Reality TV, Recap, So You Think You Can Dance, Television, TV 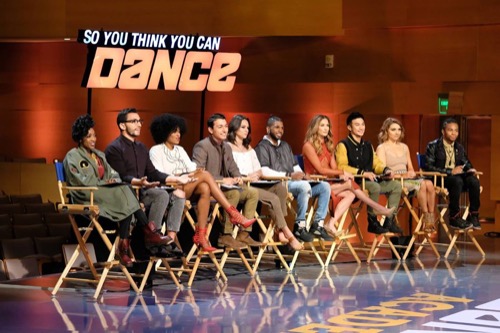 Day Two at the Academy had been rough for the contestants! Contemporary had been chosen as the theme for the first part of the auditions and that more than anything put the pressure on the dancers that were still looking for a team. But those same dancers got pretty lucky with their choreographer. They got Travis this week and he was a fan favorite because of the beautiful pieces that he could put together. So Travis lived up to that reputation and he gave the dancers a wonderful piece however he also threw in a surprise. He allowed them to be perform freestyle at the start of the dance and that gave them a moment of opportunity.

The freestyle option allowed the dancers this little bit of a window to impress the All-Stars with some of their best moves that they could have been hiding this entire time and so that had been great for people like Taylor S. because she had wowed the judges during the audition and knew she could do it again. However, while Taylor was able to impress everyone with the amount of control that she has, there were others like Arielle D. and Chaz W. that were ultimately cut tonight because they couldn’t even survive what they were best in. Arielle hadn’t gone the additional length during her moment and Chaz continued on a downwards slope since he first audition.

Yet, if they had put in half as much effort into their freestyle as say Havoc then their story on the show could have ended differently. Havoc for once had been sloppy on that stage and Contemporary was something that seems to struggle in, but what gave Havoc that second chance had been the technique he showed in his freestyle and so the All-Stars had allowed Havoc the chance to dance for his life. So that’s what he did. He went out there displaying his very best and was granted the chance to join someone’s team. And so he got to stay even as the other half to his infamous duo was cut.

So there were a few that came back from the brink of being eliminated and that continued on into the Ballroom try-outs. The Ballroom dancers were naturally good in this field though surprisingly there were some that tripped over themselves and had even messed up their partners. Like Vasily for example. Vasily was used to dancing with his wife Kristina and so dancing with Kone had been different for him. But Vasily had tripped Kone as they were dancing and everybody had been sure about him being eliminated until an All-Star spoke up at the last minute. And so Vasily was saved as he was being eliminated!

Paul however had said that Vasily was just too good to pass up on which was why he had that sudden change of heart. Though the rest of Ballroom happened in the blink of the eye and several more were eliminated. There were a couple of Animators that had been sent packing and the occasional Ballroom dancer until finally the round was over because all the All-Stars had gotten their teams together. So as Day Two passed into Day Three, Cat Deeley told the contestants about what came next. She said that the dancers and their teams would all have to come up with their own choreography in what should be their first performance as a group.

Except there were some groups that simply didn’t know how to work together. Paul’s team had a bickering married couple on it and so Kristina and Vasily spent most of their practice time arguing while the other two were sort of forced to look on. However, their dance while entertaining didn’t live up to the expectations that Paul had. So Paul ultimately said goodbye to Vasily because he thought that Vasily was the one that he could lose at that point, but otherwise he had been happy with the girls and Kristina and her husband had already made their peace about one of them going home because they had talked out beforehand.

But Team Allison had had a better time of it working together. They were mostly comprised of contemporary dancers and so Kevin who was the only one that wasn’t had a hard time with keeping up with the others. So Allison in the end had decided to cut Kevin and he would have been eliminated if Jenna hadn’t spoken up. Jenna had said that she couldn’t let Kevin go and so she asked him to join her team yet that meant that she would have eliminate at least two people from her own team and so that put a lot of pressure on them right before they were supposed to hit the stage. And so while what happened to them had been unfair, the team had managed to put something specular together.

So it was a hard choice for Jenna to eliminate two of them and she had needed a moment to think things over though she ultimately decided to eliminate Alexis and JJ from her team and so she said goodbye to two people from her dream team because she couldn’t resist stealing Kevin when she had the chance.