BY Sarah Luoma on September 11, 2017 | Comments: Leave Comments
Related : Reality TV, Recap, So You Think You Can Dance, Television, TV 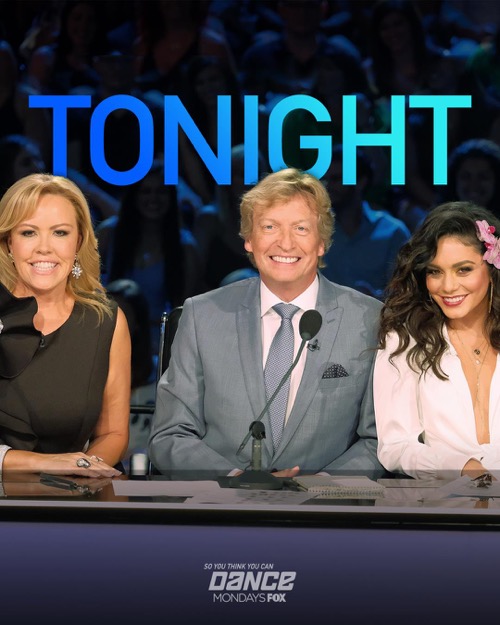 Tonight on FOX their Emmy-Award Winning So You Think You Can Dance premieres with an all-new Monday, September 11, 2017, season 14 episode 13 and we have your SYTYCD recap below!  On tonight’s So You Think You Can Dance season 14 episode 13 called “Each dancer has another opportunity to impress the judges and fight for the nation’s vote before some are cut.”

Tonight we will see a double elimination, leaving the top 4 couples of the season. The night kicks off with Lex and Gaby. They show off their week of rehearsals as they prepare their samba. It is a hard routine and one that Gaby feels clunky performing. The duo take the stage. Mary thinks they were great. There were a few technique issues for Lex, but they were on fire. Nigel loved it. Vanessa thought they murdered the routine. They crushed it.

Now it is time for their first solo. Kaylee explains that her brother helped her become the dancer she is today after he taught her boxing. It has taught her control and strength. Kaylee performs. The crowd goes crazy.

This week Koine and Marko are working on a contemporary piece. The routine will feature a giant closet as a prop. Marko and Koine take the stage. Nigel thought that the choreography was beautiful. Koine was exceptionally brave. She was magnificent. Vanessa thinks Koine has been stepping it up week after week. Her forearms are no joke. Mary thinks she was in harmony with herself, the music, her partner. Mary loved it!

Taylor has gotten this far thanks to Michelle, the studio where she works at. She can’t thank her enough. Taylor performs her solo. It’s fast and sensual. The audience loves it.

For Logan, his sister has been his inspiration. She has taught him to be fearless. Logan performs his routine in a simple white tee while leaping into the air.

Kaylee and Cyrus show off their rehearsals. It seems to be all about the props this week. The two will use an industrial box. The two perform their routine packed with lifts and spins. Mary loved it. It was complex and clever. Nigel thinks they are both unique dancers who did a unique routine. Nigel tells Kaylee to stay true to herself. Vanessa agrees. They are great partners together.

Koine reveals that her brother is her inspiration. He gave up his sport so she could afford to dance. Koine performs her solo in a pink two piece. The crowd cheers wildly.

The All-Stars perform a high-energy group dance together in navy and red capes.

Taylor and Robert talk about Nigel’s input last week. This week they plan to dig deep with a routine that features animalistic movements. It will be a challenge. They take the stage, dancing along a neon blue and green backdrop. The two earn a standing applause. Nigel loved the choreography. They nailed it! Vanessa thought it was incredible. Mary loved it too!

Lex’s mentor and inspiration is his dance teacher. He has changed his life. Lex performs his solo that involves his signature air leaps and flips.

Allison and Logan will take on the journey of contemporary. Logan thanks her for teaching him so much not only about dance but about life. They perform their routine while Allison holds a rose. The petals fall off, representing the loss of love. Vanessa is blown away. They are on fire tonight. Mary thinks their lifts were great. He has become a fabulous partner. Nigel wants to feel al little more emotion. He thinks Logan will appeal to people more if he adds a little extra. Vanessa and Mary tell Nigel that they feel it!

Kiki’s brother is his inspiration. His brother has always supported him. Kiki takes the stage to perform his solo in black. The crowd loves him.

Lex and Koine have paired up to perform a disco number this week. Their rehearsals were high energy and fun. Mary thought it was incredible. Cat pauses to ask Lex if he is okay. He tells her yes, just a rotator cuff injury. Nigel thought they were brilliant. He tells Lex to take a hot bath and get some sleep tonight. Vanessa thought they were mind-blowing. Lex is declared safe and let off the stage to go and rest.

This week, Taylor and Logan have been paired up to perform together. Mark will choreograph their routine. It is a romantic piece about two lovers who come into each other’s lives before going their separate ways. Dressed like hippies, they perform their unique routine. Nigel thinks they make a great pair and really complement one another. Vanessa adores the two of them. She was so captivated. She adored them. Mary thought it was an absolute celebration of dance. Nigel wanted to grow his hair!

Time for some results. The 2nd dancer to make it into the top 4 is Taylor. Logan will have to wait until the end of the show to find out.

Kiki and Kaylee were [aired together. They talk about last week. Kiki thinks it was intense. This week is important for them. This week they will perform a Bollywood dance. It takes a lot of stamina. They take the stage. Vanessa thinks this routine took them out of their comfort zone. It was wonderful to see them in this brand new light. Mary thought Kaylee was wonderful. Kiki was unbelievable. Nigel thinks they had the cruelest choreography. But they proved they could do it.

Time for some results. Kiki has made it into the top 4. Kaylee will have to wait. Cat brings Kaylee, Koine and Logan to the stage. Nigel tells them all to believe in themselves no matter what happens tonight. The 4th dancer to make it into the top 4 is Koine. Kaylee and Logan are headed home.