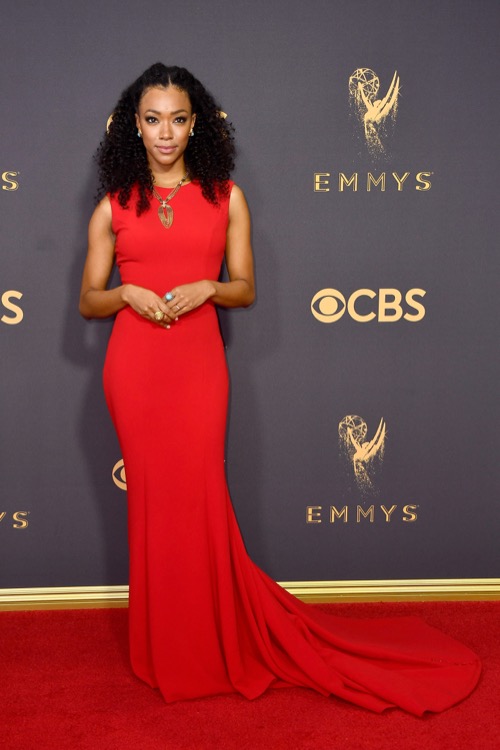 The 32-year-old enjoys being the Trek’s first black female lead. She feels like the “sky is the limit for all of us.” Production on Star Trek: Discovery was halted until her contract with The Walking Dead was over. This role was made for her. It’s hard to see her play a human raised as a Vulcan since Sonequa Martin-Green is so bubbly and vibrant.

According to Independent U.K., she is the first black female captain, but not the first female captain. Kate Mulgrew made history in 1995 when she was hailed as Captain Janeway in Star Trek: Voyager. Star Trek: Discovery is a prequel to Gene Rodenberry’s original series, which is set ten years prior to a world at war. The series will air on both CBS and Netflix. Trekkies will not be able to binge on the series, as each episode will release as a weekly regular show. 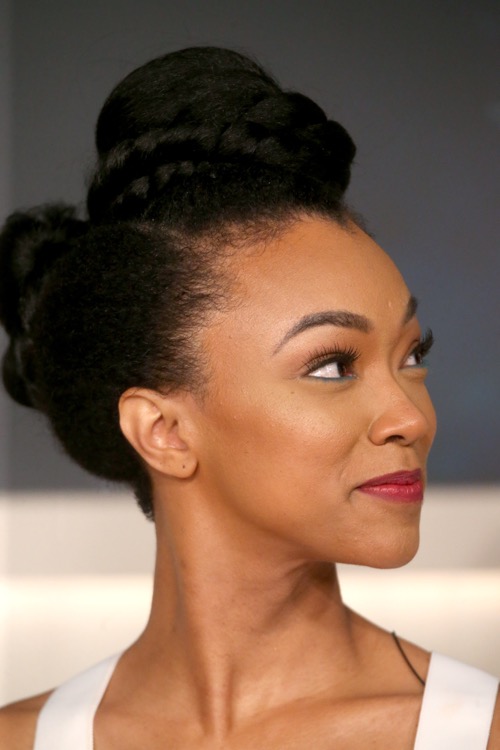 Sonequa Martin-Green revealed that she struggles to show her feelings. She played the role of Sasha on The Walking Dead. She also starred as Winston’s junkie wife, Rhonda, on New Girl. She even appeared as Tamara on Once Upon a Time. Sonequa Martin-Green may have trouble evoking feelings, but she was quite emotional in her interview with the Circleville Herald. Though she’s excited about Star Trek: Discovery, she will never forget her breakout role on The Walking Dead.

Walking Dead was such a big phenomenon in my life, and then to come from that phenomenon to this even bigger phenomenon — because of the length of time that it’s been so important to our society,” she said before bursting into tears.

Sonequa Martin-Green will also have to take on a new fanbase. She has faced criticism from Trekkies who has called the new show “too diverse.” She does agree that diversity isn’t the only thing that should be discussed. She feels that the show’s plot lines should be talked about more. No matter what, Sonequa Martin-Green is “grateful” for the roles she’s been given.