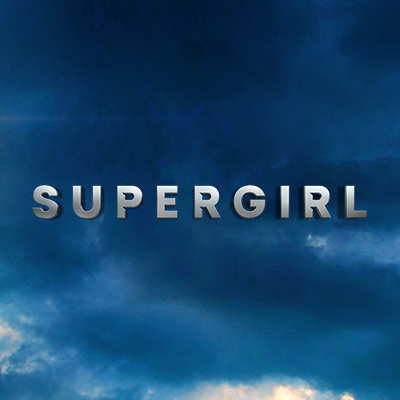 Tonight on the CW Supergirl starring Melissa Benoist airs with an all new Monday, January 30, 2017 season 2 episode 10 called, “We Can Be Heroes,” and we have your weekly Supergirl recap below! On tonight’s episode as per the CW synopsis, “After Livewire (guest star Brit Morgan) seemingly breaks out of prison, Supergirl (Melissa Benoist) is intent on recapturing her. After training Mon-El (Chris Wood), Supergirl takes him with her when she sees Livewire attack the NCPD but things go awry when Mon-El puts Supergirl before the citizens of National City.”

This is definitely one series that you don’t want to miss. So make sure to come back between 8PM – 9PM ET for our Supergirl recap.  While you wait for our recap make sure to check out all our Supergirl videos, pics, news, spoilers & more, right here!

The show starts with Supergirl and Man-El completing a training simulation but Man-El makes a minor mistake and beheads an innocent bystander. Switch to several men with drugs wrapped in plastic bags being discovered by the police. The police attribute the work to the Guardian. The Guardian is grazed by a bullet causing Winn to become concerned that there is a flaw in the Guardian’s suit.

M’ga hears buzzing in her ears and screams out it pain, she begins having flashes of a battle scene and speaks in tongues. She then passes out and is taken to medical. All of her tests are normal and Hank and Eliza first think she is faking. They decide this is not the case and more tests are needed to figure out what is wrong with M’ga. While Hank insists he is not worried about M’ga it is obvious that he is.

Dr. Hampton speaks to Leslie in a cell encouraging her to get better. She speaks of her life before she became Live Wire. Live Wire blames all of her problems on Supergirl and threats both Supergirl and the Doctor once she get out. As Live Wire tells Dr. Hampton of her god-like power elsewhere in the prison Alura is being broken out of her cell and then frees Live Wire.

Kara pushes her way into the cell that Live Wire just escaped from and questions how Live Wire could have escaped. She is very concerned that Live Wire may have already killed since her escape. Winn and Man-El are both excited that Live Wire’s escape means they can kick some serious butt. However, Supergirl tells them how dangerous Live Wire really is. Man-El reminds Supergirl that she has defeated Live Wire twice before. Eliza still can find nothing

Winn and Man-El are both excited that Live Wire’s escape means they can kick some serious butt. However, Supergirl tells them how dangerous Live Wire really is. Man-El reminds Supergirl that she has defeated Live Wire twice before. Eliza still can find nothing physically wrong with M’ga but believes her mind is killing her. If Hank doesn’t help M’ga she will be dead in just a few hours.

Kara complains of how stressful it is to have a nemesis in Live Wire. James reminds her that she is not alone. Kara sings the praises of Man-El and James shuts down. An image of Live Wire fighting the police flashes on the screen and Kara leaves while James calls Winn and tells him to get downtown.

Supergirl and Man-El arrive downtown and confront Live Wire and her crew. Man-El protects the police while Supergirl fights Live Wire. Man-El moves to help Supergirl as she is beginning to lose the battle. Just then the Guardian arrives to help the police officers to safety. Man-El makes a mistake and almost kills an officer. It is only the Guardian’s quick moves that save the officer but he is knocked unconscious.

During the chaos Live Wire and her crew escape. The Guardian comes to and Supergirl removes his mask realizing it is James. Her anger increases when the rest of the team reveals they have known for weeks but didn’t tell her. James argues that he and Supergirl are the same. They are born to fight as superheros but she argues as a human he will easily get himself killed. James states that he is stronger than Man-El but Supergirl disagrees. James tells her she doesn’t get to decide. He will not stop his fight against crime. Supergirl tells him if he doesn’t stop this she will stop him. He challenges her to try.

M’ga continues to get worse and Eliza tries to convince Hank to help her. Kara tells Man-El that she can’t trust him and that he needs to listen to her not try to protect her. She asks if he likes her but he denies it. She storms off to find Live Wire. The team meets and reviews tape of Live Wire at the prison. It turns out she was abducted from prison rather than breaking out. Supergirl realizes she was the victim.

Winn calls James and tells him where Live Wire is being held. He keeps this information from Supergirl and her team so that Winn and James can catch Live Wire and prove their worth. Hank decides he will try the Bond to save M’ga. They join and he tries to convince her there is no danger but she is racked with guilt for her past wrongs and is convinced she deserves to die.

Hank tells Winn that he will be fired if ever again keeps information from the team. Hank does tell Winn that he and James work well together. Supergirl confronts James and Winn telling them that they are putting themselves in danger and that she cannot support them.