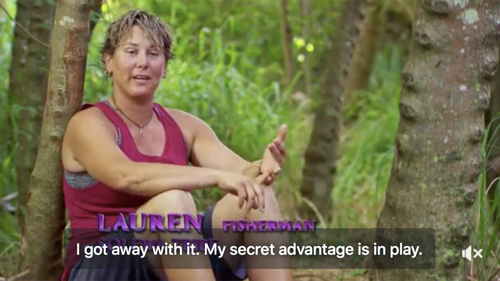 Tonight on CBS Survivor: Heroes vs Healers vs Hustlers airs with an all-new Wednesday, November 22, 2017, Season 35 Episode 9 and we have your Survivor recap below. On tonight’s Survivor season, 35 episode 9 called “Fear of the Unknown,” as per the CBS synopsis, “Alliances are put to the test and castaways question who will remain loyal.”

As Survivor: Heroes, Healers, and Hustlers begins tonight; there are ten (10) survivors left, and after a rough tribal council, Desi was voted out and the first member of the jury; so who will be voted out tonight?

It is Day 22 in Tribe Solewa and Mike is sitting disappointed in not knowing what was happening at tribal council; he is not happy that Desi was voted off because it looks like the Tribe of 7 is sticking together and voting off the Healers, so at this point he needs to throw the Healers under the bus. He talks to Ben, Ryan, and Lauren, telling them about Cole being untrustworthy and stealing food. He has an idol but doesn’t want to play it because he knows that Joe and Cole are so hated that they will be the next two people to go.

Lauren is quite happy that no one caught on to her secret advantage; Ben says they are frickin’ lucky and reassures her that he never told anyone. She is concerned about when the numbers dwindle but he tells her they need to just focus on their “7” right now. Devon tells Ryan that he worries also about them when the numbers start to go down; Ryan reveals that they don’t need to worry because he has an idol in his pants and explains how he got it. He believes Devon won’t tell anyone and feels that makes Devon dependent on him.

Host Jeff Probst greets the Tribe for their reward challenge. He explains the rules: They will be divided into 2 teams; on his go, they will swim out to a tall ladder, climb it, jump off it and retrieve a key attached to a ball under the water. Once they have retrieved 3 keys, they will open a chest and use the balls inside to score 5 baskets.

The first team to finish wins the reward, and the reward is the winning team will be taken on a luxury yacht, where they will tour the Islands while dining on sandwiches, cold beer, red wine and chocolate cake. The catch is the losers will go back to camp for more coconut and rice! They do a draw for the teams, on the blue team is Ben, Devon, Ashley, Ryan, and Lauren and the red team is Cole, Chrissy, JP, Joe and Mike.

Ben and Chrissy go first, and Chrissy is in a huge lead. Cole is on the ladder while Ben still hasn’t brought the ball to the chest. Ashley is quickly making up time, but Cole is on the platform as Ashley just gets the second key up. JP jumps off the water and doesn’t come up for air, grabbing the key and already at the platform before Devon can even get into the water. Joe and Mike are able to get the chest open, but Lauren and Ryan and right behind them. Joe quickly sinks 3 balls, but misses the 4th and now they are tied 3-3. Joe sinks 4 and 5 right after each other, and Jeff tells them they are bringing in a boat to escort them to the yacht for a reward well earned. Joe feels this reward gives him a window of opportunity to make moves and completely change the game.

Chrissy wanted to enjoy this reward with just her alliance, but she is glad to be there and control the conversation. Cole is pumped about the reward because with Immunity right around the corner, he is going to need as much energy as he can get to keep the winning streak going. He has only lost one challenge his entire Survivor career. Joe knows he is in trouble, but he has always been in trouble and somehow, some way he has always stuck around. In front of everyone, he is digging into the chocolate cake for a clue and announces to everyone that the idol is under the boat; everyone laughs but Joe doesn’t stop as he searches the whole boat. As the yacht passes the camp, it sounds its horn, so everyone can see them, they line the beach and “moon” everyone.

Ryan and Ben go for a walk and Ryan reveal that he has the idol in his pants; Ben is thrilled. Ryan says truth is power and he needs people to know he is telling the truth. Ben feels the information is key and all this trust in him will play better in the game later. He is certain the “7” are good.

Day 23, Joe continues to dig at the flag, he refuses to give up, feeling that it is best for him to push buttons so he will get people so upset with him that they will keep him around, so he will be easier to get rid of later; Mike finds him strangely entertaining. Joe returns to the camp and begins to irritate people and calling them names, saying Ashley is a “goat.” She says he is a bully and needs to shut up! He says he didn’t come for an adventure nor to make friends and he doesn’t care nor respect them. Chrissy gets up and leaves as Ashley plans to push that Joe needs to leave before Cole.

Day 24 for Tribe Solewa. Ben walks with Devon, who feels he needs to trust someone to come on board with him and Lauren because now knowing that Ryan has an idol could be very dangerous. Ben says he chose Devon because he has a good soul, a good heart and wants him to trust him and to stay by his side. He reveals there will be secrets he will learn about people that will make or break them. He tells him that Ryan has an idol; Devon is disappointed and feels the game just got really complicated because Ryan swore that Devon was the only one he told that to. Devon really wanted to go to the final 3 with Ryan, but has changed his mind and is going to play this game with Ben and has some big moves coming up.

The Tribe arrives for the Immunity Challenge; Cole returns the Immunity necklace. For today’s challenge, they will have bars, resting on their shoulders, forcing them into a very uncomfortable, squatting position; if in their attempt to relieve the pressure and go too low, their flag will pop and if they go too high, their urn will drop, with the water putting out their individual fire pit and they will be out of the challenge. The last person who remains squatting wins the challenge and immunity, safe from being voted out and the losers will go to tribal council, where the 9th person will be voted out and be the 2nd person in the jury.

This is another brand new Survivor torture device that offers very little wiggle room. This one requires a little more finesse. Ashley is the first to drop and goes to sit on the bench. Mike drops and we are down to 8. JP pushes too far and is out of the challenge. Just as Ashley tells Chrissy her form is perfect, Devon looks down to see her form and his urn falls and he is out; right after him, Joe is out. Ashley’s comment takes out 2 guys within seconds and we are down to 5. Just like that Ben is out with no shot at immunity; we are left with 4 – Chrissy – Cole – Ryan – Lauren.

20 minutes have elapsed, Chrissy hasn’t changed her approach at all. Cole has a little bit of bend, trying to find a little bit of relief. Lauren is looking straight down and Ryan is all alone on the end but still in it. Ryan says he is surviving and is “good.” Suddenly, Chrissy cannot take it anymore and her flag pops up and we are down to 3. Ryan can’t hang anymore and drops out of the challenge; we have 2 left, whoa reside by side – Cole and Lauren. It is definitely a showdown! Lauren taunts Cole but then she begins to move up and down, both Chrissy and Ashley encourage her not to move anymore. Out of nowhere, Cole drops his urn and Lauren wins the Immunity necklace.

Ben says they are getting out their “hard” target but there is the big fear of the hidden immunity idol and that is why they can’t place all their votes on one Healer and need to split the votes 4 for Cole and 3 for Mike. Ashley asks why they are taking Joe right off the chopping block; she is pissed, feeling Joe is a rat! Ben says they will not be able to beat Cole and simply got lucky today; Ashley is super annoyed and doesn’t want to be told what to do.

Back at camp, once again, Ben lies and tells Mike that they are voting out Cole but Mike says he isn’t playing their game and has to do something to get rid of one of the big threats. He talks to Joe and feels there is a way to turn this upside down and get rid of Ben. Mike feels it is “go big or go home” time. Chrissy confronts Ben about keeping Joe around too but he doesn’t want to listen and apparently you cannot ask him any questions. Ben feels people are playing with their heart and morals and denies that people feel they are being steamrolled by him.

When they gather for tribal council, Mike whispers to Joe to follow his lead. Desi arrives as the first member of the jury. Cole admits he isn’t involved in any gameplay nor strategy at all. Chrissy says the vibe at camp as of yesterday is far beyond gameplay, with Joe and his insults; Mike jumps to his defense and says it is fine if it puts a target on his back because of Ben is King Arthur at the Round Table then Mike is the Statue of Liberty because America will win in the end. Lauren agrees with what Mike is saying, only if they were NOT playing Survivor because you can’t play the game with morals! Jeff acknowledges that it is chaos right now but everyone says they are definitely ready to vote, and they do, beginning with Lauren.

Jeff asks if anyone has the hidden immunity idol and wants to play it. Mike stands up saying he thinks America is going to stay one more day, he hands it to Jeff and says he is playing it for himself and now any votes cast for Mike do not count. Jeff reads the votes. Ben – Mike – Mike – Cole – Cole – Cole – Cole – Cole. Cole is the 9th person voted out and the 2nd person of the jury, he brings his torch as the tribe has spoken.