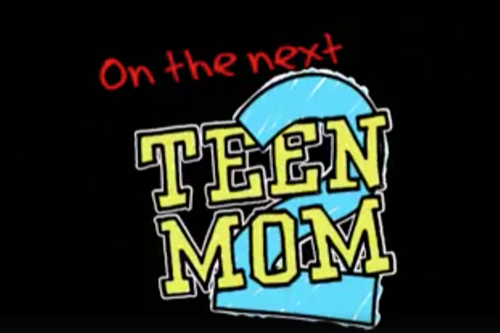 Tonight on MTV Teen Mom 2 returns with an all-new Monday, July 31, 2017, episode and we have your Teen Mom 2 recap below. On tonight’s Teen Mom 2 Season 8 episode 3 as per the MTV synopsis, “Kailyn finally discusses the big news she’s been hiding; Briana starts exploring adoption; Aubree has some trouble adjusting to her baby brother; Addie’s birthday party doesn’t go as planned; and Jenelle reconciles with Barb.”

Teen Mom 2 should be another episode filled with crazy drama. So make sure to bookmark this spot and come back for our Teen Mom 2 recap tonight from 9 PM – 10 PM ET! While you wait, don’t forget to check out all our Teen Mom 2 recaps, spoilers, news & More, right here.

Addie enjoyed spending time with her dad. She misses him when he’s away for work and so she doesn’t like leaving him once its time for the parents to make the tradeoff. However, Leah had to pick her because Jeremy would be working again and she didn’t like it when he put Addie on the phone just so the little girl could ask her mom if she could stay by her dad’s. They both know that’s not how their agreement works. So Addie was returned to her mother and the little girl had a bit of an attitude because she was refusing to sit down in her car seat until Leah threatened to take away the IPad.

Addie was four after all so she soon forgot that she was mad and she started to focus on her birthday party. She was turning four-years-old and so she was super excited though she told her mom that she wanted her party at PawPaw’s house. So Leah tried to cheer her daughter up by telling her she would get two parties. Addie would have a party at her dad’s in the morning and then she would go have with her mom so she was very lucky meanwhile her mother was stressed. Leah knew that everything was going to rely on timing so she was hoping Jeremy would drop off Addie when he’s supposed to and that Addie would like the party that she threw for her.

But Briana had other concerns. She felt blind-sided by her sister who immediately took Luis to task for cheating on her and so she talked to her sister about that. Briana said that she thought her sister would wait before going in on him and that she became emotional because she hadn’t been expecting it. So the sister was like well you know how I am and knew that I was upset so Briana had to concede on that one however she had later talked to her sister about her own future and whether or not she was keeping the baby. Briana had thought that she was going to raise her daughter with Luis and now she wasn’t sure.

Briana thought that maybe it would best for everyone if they put the baby up for adoption and that they could even arrange for an open adoption that would allow them to check up on the little girl once she’s born. Except Luis had been very clear when he said that he wants to be part of his child’s life and that he was in no way considering adoption. So Briana decided that she would get information on adoption and that way she could help Luis realize that it didn’t have to be some horrible thing. The adoption agency had said that private adoption was very different than what a lot of people thought and was willing to talk to Luis if it would help Briana.

Briana though wasn’t sure herself. She continued to go back and forth on the matter and so she didn’t let herself get truly excited about being pregnant anymore. Yet, her options were open so she told her friends that she was thinking about it and in the interim life moved on. Kailyn for example was coming clean and telling everyone she was pregnant and the problem was that everyone thought she was moving too fast. Kailyn had started a new relationship not long after she called it quits with Javi and it was revealed that she didn’t actively tried to get pregnant yet she didn’t try not to either.

Kailyn hadn’t used any contraceptives with the new boyfriend and he might not even be her boyfriend anymore. They had sort of broken up before things had gotten too serious and so her pregnancy changed everything, but Jo’s concern was their son Isaac. Isaac had been the one to tell him that Kailyn was pregnant and he wasn’t sure if his son truly grasped the situation. So Jo thought that Kailyn had been too quick to enter a new relationship and that she should have thought about holding off on a new baby. Only Kailyn said that a new baby didn’t mean she wasn’t a good mom and Jo had agreed.

He thought she was a good mom just that she didn’t think this latest pregnancy through and he wasn’t the only one that thought about that. However, Jo agreed to support Kailyn when she told him that she would need him for when she tells Javi about her pregnancy. She said that Javi wasn’t in a good headspace and that she didn’t know how he would react. So Jo made sure that she knew he would be there for her and all he asked was that she be careful about this new guy. He didn’t want to bring anyone around their son that neither of them knew all that well and so he wanted Kailyn to be cautious. And she said she would plus she talked to Isaac

Aubree’s behavior however hadn’t gotten any better. She said that she hears noises that she believes is a monster and so her and stepdad have tried everything to help. They created ghost-be-gone spray and Cole had even checked all the closets in order to root out the monster and the only thing that made Aubree feel better was having her mom nearby. Which was hard on Chelsea because she just had a baby and she would like to sleep next to her husband at some point. So Chelsea talked to her daughter about her behavior and she asked Aubree what’s wrong. And Aubree first tried to say she was tired only to admit in the end that she didn’t like how the others all got to sleep with the baby while she didn’t.

Aubree didn’t think her baby brother liked her because he didn’t smile at her as much as he smiled at his dad. But as Chelsea explained, Watson was going to be happy being around his daddy and that it didn’t mean he didn’t like being around Aubree. So Chelsea was hoping that would be enough and hopefully it will be though Addie who had again complained when she had to leave her father’s party to go to her mother’s party had eventually enjoyed herself with her mom and sisters so she was doing fine even if her father thought that maybe he should rethink his arrangement with Leah because he has a new girlfriend in his life that his daughter likes.

Though Jenelle and her mother had surprised everyone by finally getting along. The two women had been nice to each other at Christmas and Jenelle had also invited her mother to her Baby Shower. So everything fell apart right around the time that Jenelle would take a phone call from her mother and her boyfriend David kept on complain about her mother’s behavior because he thought that Barbara was being unreasonable and Barbara returned fire.