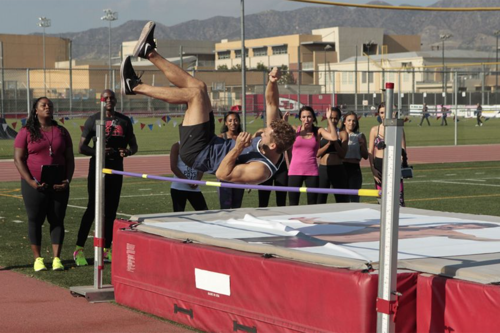 The Bachelor 2017 airs on ABC this evening with an all new Monday, January 16, 2017, season 21 episode 3 and we have your The Bachelor recap below. On tonight’s The Bachelor season 21 episode 3 as per the ABC synopsis, “The Backstreet Boys deliver a group date card; Nick Viall takes one lucky lady on an out-of-this-world journey aboard a Zero G plane seven bachelorettes participate in a “Nickathalon”; Nick incurs the ire of his potential soul mates with his ultra-sensual behavior; a surprise pool party takes a turn for the worse.”

Tonight’s episode of The Bachelor kicks off where we left off last week – Nick just sent Liz home, and all of the girls are shocked that they already knew each other prior to the show and had hooked up.

It’s time for the next cocktail party and rose ceremony. All of the girls are still buzzing about Nick hooking up with Liz at Jade and Tanner’s wedding. Nick gives each of the girls some 1-on-1 time and they each get a chance to discuss the Liz situation with him. While everyone is surprised, the girls all seem totally understanding about his one-night stand.

Of course, Crazy Corinne isn’t too happy when she learns that one of the other girls on the show slept with Nick before her, so she decides to “turn on the sexy charm.” Corinne heads down to the rose ceremony in a coat with nothing but her underwear underneath, and a can of whipped cream. She sneaks outside with Nick and has him lick whipped cream of her chest. Of course, some of the girls spy on them and are not happy.

Jasmine interrupts Corinne and Nick’s 1-on-1 time and steals him away. Corinne is upset, she thought that she was going to seduce Nick and he shut her down. She heads upstairs and cries her eyes out.

It’s finally time for the rose ceremony –but Corinne doesn’t show up, she’s still upstairs crying. Luckily, she received a rose at the group date, so she won’t be eliminated. Nick is pretty irritated when he realizes that Corinne didn’t bother to show up, but he continues with the rose ceremony.

The next morning, Chris Harrison drops a date card off at the mansion – it’s a group date. Danielle, Christen, Kristina, Whitney, Taylor, Jasmine, and Corinne are invited. The girls are baffled by the invitation – then Backstreet Boys begins playing loudly and Nick Carter and the Backstreet Boys waltz in to the mansion. Squealing and chaos ensues.

The girls head to Burbank Studios to rehearse with Nick Viall and the Backstreet Boys. The Backstreet Boys have a concert that night, and Nick and the girls are going to be their back-up dancers. Everyone is loving the date – except Corinne. It turns out that she is a horrible dancer, and she hates that the other girls are getting more attention from Nick than she is. She heads off to the bathroom to cry some more.

It’s time for the concert, and the crowd is packed. Their back-up dance goes off without a hitch and then the Backstreet Boys pick Danielle as the winner, and they have her come up front and slow dance with Nick. Corinne is a hot and jealous mess. She watches Nick and Danielle make out in front of the crowd, and if looks could kill they would be six feet under.

After the concert, Nick has a cocktail party with the girls. Corinne scores some 1-on-1 time with Nick and they discuss her skipping the rose ceremony. She thinks that she and Nick are back on track – so she finds a corner to go sleep in and skips the rest of the party.

Back at the mansion, another group date arrives. It’s for a 1-on-1 date, and Vanessa Grimaldi is the lucky girl.

In the bathroom on the group date, Jasmine and Danielle are gossiping about Corinne. They can’t believe that she is a 24 year old woman with a nanny, who makes her bed and slices her vegetables every day.

It’s time for Nick Viall to hand out the group date rose – and he gives it to Danielle L.

Nick Viall has an interesting date planned for Vanessa Grimaldi – they head up in a zero gravity airplane. At first, everything is going smoothly, they float around on the plane and share a romantic kiss. Then, Vanessa starts to feel nauseas and begins vomiting in a paper bag. Nick doesn’t seem too turned off, he hold her hair and comforts her.

Back at the mansion, a new date card arrives. It’s another group date – Rachel, Alexis, Astrid, Jaimi, Sarah, Brittany, and Dominique are heading out on a date next with The Bachelor.

After their gravity date, Nick and Vanessa have a romantic date together. It turns out that Vanessa throwing up all over actually brought them closer. Vanessa opens up to Nick and tells him about her grandfather passing away right before she came on the show. Nick discusses his previous relationships with Andi Dorfman and Kaitlyn Bristowe because Vanessa didn’t watch the shows. Nick gets misty eyed and confesses that he was scared being on The Bachelor would be a disaster. Of course at the end of the date – Nick gives Vanessa a rose.

The next morning, it’s time for this week’s final group date. The girls head to the track field where NickViall is waiting for them. And, Nick has brought along some Olympic athletes to join them. This is Dominique’ first time on a date with Nick and she is determined to get the group date rose. The girls will be competing in a “Nick-athalon.” They will all be competing in a series of track events “for Nick’s heart.”

Whoever wins the competition will get some alone time with Nick. Astrid and Alexis turn out to be surprisingly athletic. Dominique is getting upset because the competition is much harder than she thought.

Rachel, Alexis, and Astrid make it to the final three of the Nick-athalon. The girls compete in a dash to a ring – Rachel wins the race, but drops the ring and Astrid picks it up. So, Astrid scores some alone time in the Jacuzzi with Nick. Meanwhile, Dominique goes behind some bushes and cries because Nick hasn’t been paying any attention to her.

After the group date, the girls join Nick for drinks. Nick slips away with Astrid first, and Dominique is miserable. She goes to the bathroom and cries that she can tell Nick doesn’t even want to talk to her. One of the other girls give Domonique a pep talk and try to encourage her to go back to the room and get closer to Nick.

Jasmine heads outside and sees Nick making out with Rachel and starts crying all over again. Dominique finally gets some alone time with Nick – she confronts him and snaps at him that he isn’t giving her a “fair chance.”

Nick tries to reason with Dominique, he tells her that their relationship is falling behind and he has definitely gotten closer to some of the other girls. Nick tells Dom that he doesn’t want to keep stringing her along, and he sends her home. Nick heads back inside and explains to the other girls that he sent Dominique home. Then he passes out the group date rose to Rachel.

The next morning, the girls are all in the kitchen making breakfast and Chris Harrison surprises them and announces that there will be a pool party before the rose ceremony. The girls rush upstairs to get in their bathing suits. Nick finally arrives and the girls all fawn over him and put sun tan lotion on him.

Corinne is late to the party. While everyone is downstairs flirting with Nick, she spends some extra time getting a surprise ready. Corinne has a princess bounce house delivered at the mansion and invites Nick inside to bounce with her.

The girls hear Nick and Corinne shouting and watch them in the bounce house together. There are a lot of unhappy girls.

Nick finally heads back to the pool party, but the atmosphere has certainly changed. Raven takes Nick aside and tells him that he is making a huge mistake with Corinne, she reveals that Corinne is not wife material, she has a nanny that does everything for her, she doesn’t even know how to clean a spoon.

Vanessa confronts Nick next, she is not happy about what she saw going on with Corinne in the bouncy house. She snarks that Nick isn’t looking for a wife, just a girl to f—k around with.

There’s a storm brewing, To Be Continued …