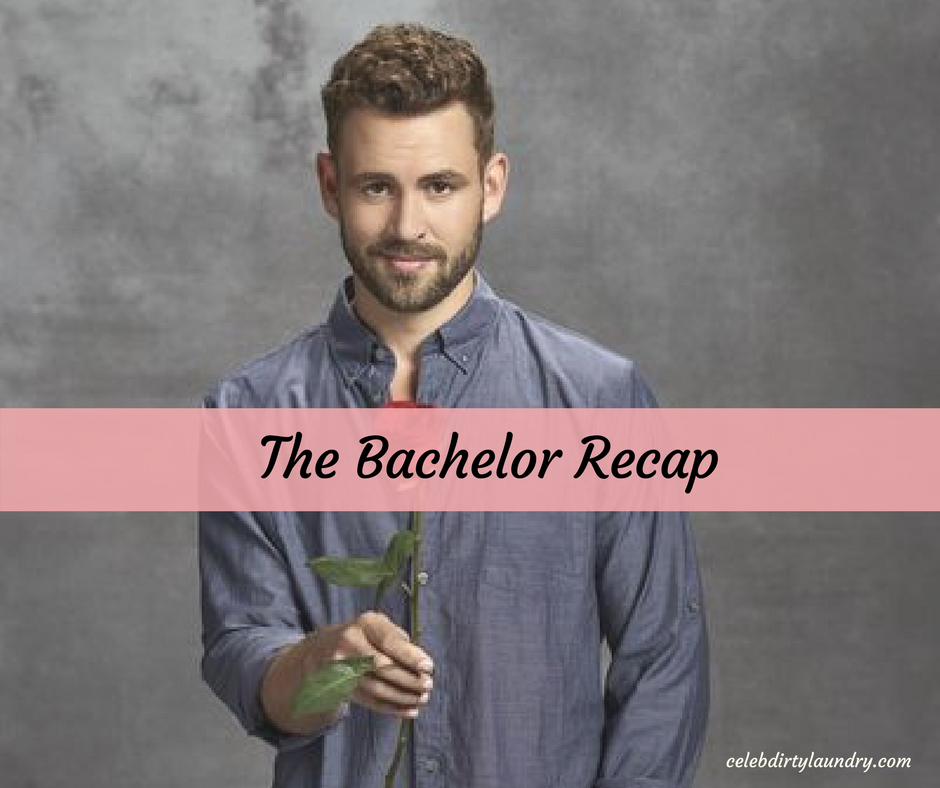 The Bachelor 2017 airs on ABC this evening with an all new Monday, March 6, 2017, season 21 episode 10 and we have your The Bachelor recap below. On tonight’s The Bachelor season 21 episode 10 as per the ABC synopsis, “Nick takes the final three women on dates. One lucky lady goes with Nick to a reindeer farm, where they discuss their future in front of a roaring fire. Another beauty joins Nick for a plunge into icy waters and then a quick warm up in a sauna and hot tub.”

Tonight’s episode of The Bachelor kicks off where we left off last week – Nick Viall just completed his first overnight Fantasy Suite date with Raven Gates in Finland. In the morning, Nick and Raven say their goodbyes. And, Raven brags that after spending the night with Nick, she’s feeling “very satisfied.” After Nick leaves the suite, Raven hits the streets of Finland, skipping and smiling ear to ear, and being nauseatingly happy.

Now, it’s Rachel Lindsay’s turn to spend a romantic date with Nick Viall. Nick surprises Rachel with plans to go cross country skiing, even though neither of them has ever done it. Nick and Rachel can barely get down the path, and Rachel spends more time on the ground than in her skis. They ski all the way to a reindeer farm, and warm up in front of a cozy fire.

After a fun afternoon in the snow, Rachel and Nick sit down for drinks in a romantic cabin. Rachel admits that she has problems expressing her feelings and verbalizing where she is at in their relationship. She’s always been a little scared to let her guard down. Nick gives Rachel a pep-talk about getting out of her heart and letting go of her ego.

Rachel abruptly announces that she’s falling in love with Nick, he reciprocates her feelings and says that he’s falling for her 100%. After making out for a solid five minutes, Nick gives Rachel the date card and asks her if she wants to spend the night with him in the Fantasy Suite. Rachel is thrilled to spend the night with him, and doesn’t even have to think about it.

After a refreshingly fun breakfast with Rachel Lindsay, it’s time for Nick to meet up with Vanessa Grimaldi. The last time Nick and Vanessa were together was in Montreal for hometown dates, and it wasn’t exactly a great time had by all. Vanessa’s family made it pretty clear they didn’t approve of Nick. Vanessa was also pretty upset when she heard that Nick had asked all of the other girls’ parents for permission to marry them too.

Nick surprises Vanessa with a traditional Finnish ice bath outdoors, because there’s nothing like jumping in a tub of freezing cold water in a bathing suit outside, in the middle of the snow. The couple spends the afternoon racing back and fourth from the hot tub to the ice bath.

Nick and Vanessa take a break from running back and forth to discuss their families, and how they will impact their relationship. Nick reveals that he had an ex-girlfriend who’s family was very traditional, like Vanessa’s, and in the end it caused them to break up.

Nick and Vanessa wrap up their date with fire and drinks, and they continue to discuss their families and how they will compromise some of their family traditions if they wind up getting engaged. It sounds like Nick has no interest in moving to Canada, and Vanessa isn’t too open about the idea of leaving Canada. Basically, if Nick gives Vanessa the final rose, the odds of them making it working is slim to none. At the end of the date, Vanessa is happy to go spend the night with Nick in the Fantasy Suite.

At the end of tonight’s episode, the girls gather in Finland for the next rose ceremony. Vanessa, Raven, and Rachel are all secretly freaking out and concerned they won’t make it to the final two. Nick Viall arrives, and he passes out roses to Raven Gates and Vanessa Grimaldi. Rachel Lindsay is officially eliminated from The Bachelor, and appears to be totally blindsided that Nick is sending her home. Nick and Rachel share an emotional goodbye, and he cries harder than she does.