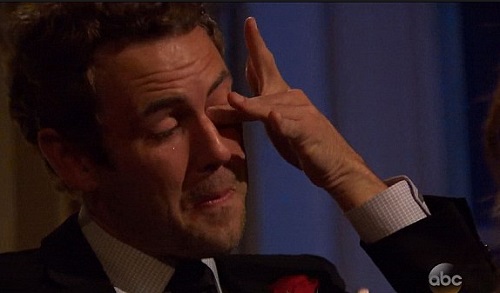 Andi Dorfman is getting ready to dish the dirt about ‘The Bachelor’ again and is trying to steal Nick Viall’s flame by writing a second tell-all book about her failed attempt at finding love on reality television.  Andi  Dorfman told her social media followers that her second book will be hitting store shelves very soon.

Andi Dorfman slammed her ex-fiance Josh Murray in her first tell-all book, ‘It’s Not Okay,’ and it looks like she’s about to do the same thing to Nick Viall. She alleged that Josh was mentally abusive to her during their six-month engagement.

Of course, Andi hasn’t said anything about what her book is about. But many fans can’t help but guess that it’s about her relationship with Nick. After all, he humiliated her in front of the entire country when he admitted to sleeping with her in the Fantasy Suite during her season of ‘The Bachelorette.’ Andi went on to pick Josh Murray over him. Unfortunately, their engagement only lasted six months. Some even say that Andi might be having regrets about picking Josh over Nick.

Andi also said that Nick was apparently lousy in bed during their hook-up on ‘The Bachelorette.’ And now that she’s writing a new book, is she planning to dish even more dirt on Nick? Did something happen behind the scenes that the public doesn’t know about? 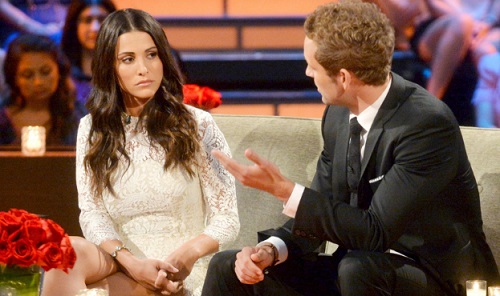 After the way Andi painted Josh Murray in her first book, Nick Viall should definitely be worried.  If Andi reveals something negative about him, it could cause his new fiance to break off their engagement.

Many ‘Bachelor’ fans wouldn’t be surprised if Andi was trying to use Nick for publicity. During a recent appearance on ‘Jimmy Kimmel Live,’ Andi said that both she and Nick are still good friends, despite their past. Nick was quick to correct her, saying that they are more ‘friendly’ than they are friends. In fact, insiders believe that Nick wants nothing to do with Andi. He’s moved on with a new set of contestants on ‘The Bachelor’ and is not looking back. The last thing he wants to do is open up another can of worms with someone like Andi.

What do you think? Is Andi Dorfman writing the tell-all book simply so she can keep her name in the headlines? Is she using Nick for publicity? So far Nick himself has not made any comments about the report. Let us know what you think by leaving us your comments below.

Also, don’t forget to check back with CDL for all the latest news and updates on ‘The Bachelor’ spoilers and Nick Viall right here! 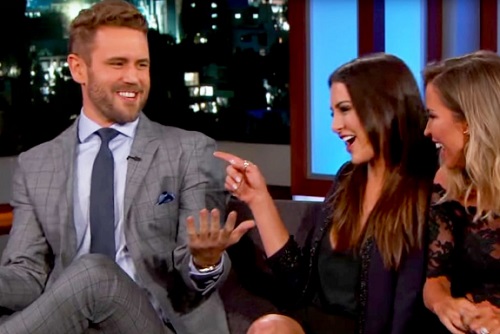