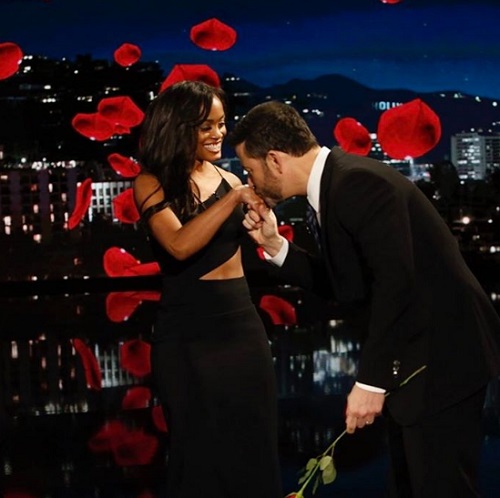 The Bachelorette 2017 spoilers tease Rachel Lindsay’s season is already in trouble, and that’s because contestants Blake Elarbee and Lucas Yancey are feuding. Apparently, the two men have both dated the same woman before and have brought their bad blood onto Rachel’s season of the show.

The Bachelorette spoilers say that Blake Elarbee and Lucas Yancey were both on the first season of WE tv’s reality dating show ‘Ex Isle’ in 2016. According to In Touch Weekly, one source close to the situation even said, “Lucas brought his ex-girlfriend Brittney on the show, but during filming she hit it off with Blake. These guys do not get along in real life. Producers must have cast them on purpose because it’ll make for good TV!”

With that being said, there’s a possibility that ABC execs brought both Blake and Lucas on the show knowing that their feuds will help boost ratings. After all, every season of ‘The Bachelor’ and ‘The Bachelorette’ needs a villain. 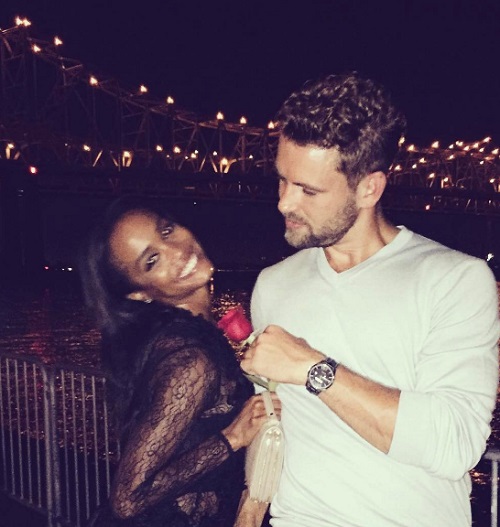 The last one was Corinne Olympios during Nick Viall’s season of ‘The Bachelor.’ And with both Blake and Lucas on the show, producers are hoping that their drama will turn into ratings gold. In fact, it wouldn’t be surprising if they ended up feuding over Rachel in front of the cameras.

If that weren’t enough, two contestants on ‘The Bachelorette’ Season 13 have also been accused of cheating and have had run-ins with the law. One insider even claimed that Rachel has her doubts about the guys on the show. She’s not sure if they are truly interested in her or if they simply just want to be on television. Rachel didn’t put her career on hold to waste her time with guys who aren’t interested in sharing a future with her. Whatever the case, eyewitnesses say that she’s disappointed with the selection of contestants on the show for her season. 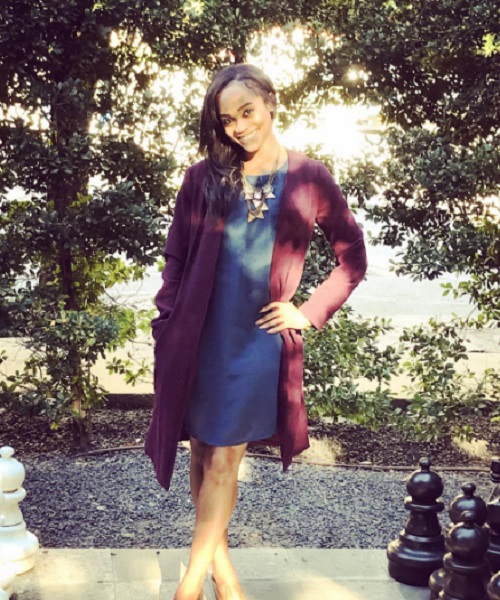 In other words, viewers can expect one very explosive and emotional season. Now of course the only question is whether or not Rachel Lindsay will be able to handle all of the drama. Time will only tell if she’ll find a suitable enough fiancé by the end of her season.

So far Rachel Lindsay has made no comments about her upcoming season of ‘The Bachelorette’ or about any of the behind-the-scenes drama for that matter. Also, don’t forget to check back with CDL for all the latest news, updates and spoilers on ‘The Bachelorette’ right here!

Here goes nothing. Or all the things… depending on how you look at it. I’ll be viewing tonight with my girls and a verrrrry large glass of wine. Or two. Or five. || @bachelorabc going down now. 🙈😬🌹#bachelor #bachelorabc #heregoes