The Blacklist Finale Recap – Who Lives and Who Dies: Season 4 Episode 21 and 22 “Mr. Kaplan: Conclusion” 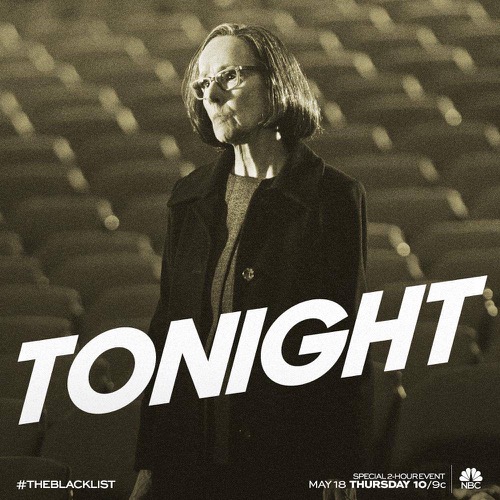 Tonight on NBC their hit drama The Blacklist starring James Spader airs with an all-new Thursday,  May 18, 2017, double episode and we have your The Blacklist recap below. On tonight’s Blacklist Season 4 episode 21 & 22 Finale called, “In Part 1 of the two-part Season 4 finale, Red (James Spader) faces a siege on his criminal organization as he tracks a high-end thief who’s enlisted by Mr. Kaplan (Susan Blommaert) for a shady assignment.  In the conclusion of the two-part Season 4 finale, Red spins into motion a risky plan to save the task force and himself.”

Tonight’s episode of The Blacklist kicks off in a shady abandoned warehouse, Red is handling a guns deal. The buyer is getting antsy and pulls a gun on Red because the shipment is late. Finally, the truck arrives. But, it’s empty. Apparently, Red’s payment didn’t go through – and the Beck Family is done doing business with him and selling him guns. Naturally, his buyer is NOT happy about it.

All hell breaks loose in the warehouse, Red and Dembe wind up shooting and killing everyone. Red tells Dembe to get his accountant Abe on the phone – they have a situation. Kaplan is pulling all of Red’s money out of his bank accounts. And, all of his deals are falling through left and right.

Red needs to find Kaplan and stop her … fast. Before his entire empire falls through. He calls his pal Teddy over to torture the only link he has to Kaplan’s whereabouts. But, Teddy arrives an says that he’s out – he knows about the bodies turning up, and he doesn’t want to wind up back in prison. He wheels in his enormous pet boa constrictor in a shopping cart and tells Red he can borrow his snake to get the info out of his witness.

Aram and his girlfriend are leaving the gym – a man in a suit stops him on the street and hands him a subpoena to testify in front of a grandy jury. The man warns him that it’s illegal to discuss the subpoena with anyone.

Ressler meets up with Julian, the jig is up, Julian knows that Ressler is working with Reddington. Julian is hurt, he feels betrayed by Ressler after they spent years hunting him down together, Ressler turns around cut a deal with him. Julian scoffs that Reddington is a mass murderer, and if he can prove that the FBI turned a blind eye to any of Red’s murders, then he’s taking them all down.

Red finally gets a name out of his witness – Phillip Roque. He begins making phone calls and trying to track down Phillip in hopes that Phillip will lead him to Kaplan. It turns out that Red in person non grata in the underworld right now, and no one wants to help him or work with him.

Red tracks down a paper trail to Phillip Roque and is shocked to learn that his own accountant, Abe has betrayed him, and that’s how Kaplan has been draining Red’s accounts – Abe has been helping her. Red shoots and kills Abe after scolding him for betraying him, then he goes through Abe’s ledger and learns that Kaplan just wired $300,000 to a man named Mario Dixon. Red calls Elizabeth and tells her she needs to find a man named Mario Dixon – that’s where Kaplan will be.

The task force is scrambling – especially now that they have Kaplan as a witness. The FBI is turning their backs on the task force, and won’t be helping them get out of this mess. Harold warns his team that they will all be arrested very soon.

Elizabeth pays Red a visit and fills him in on their current situation. Red tells Elizabeth that she needs to call Henry Prescott, he’s a problem solver. Red says that Prescott will be able to derail the grand jury and stop their indictments.

Elizabeth heads back to the office and she and her team begin trying to track down Henry Prescott. They learn that Prescott was recently hired by a famous NFL player called JJ Brickman. Red pays Brickman a visit, apparently Henry Prescott helped Brickman clean up a shooting a few months ago.

Brickman calls Prescott, and he’s not exactly thrilled to meet Red. Red tells Prescott that he picked up a package in November 2015 from one of his clients, and Red needs the package. With some convincing, Prescott gives Red an address where he can find the package.

Harold tells his team that there is something he has to do before the task force is arrested. He leaves the office and heads to a warehouse where evidence is stored. He opens up an old evidence box and cuts a piece of fabric off from a bloody shirt.

Meanwhile, Aram heads to testify in front of the grand jury. When he arrives, he is quizzed about the task force and Reddington. When Aram refuses to cooperate, he’s arrested and tossed in jail for contempt.

Red takes Ressler to an old building where Prescott told him he has stashed the package. He gives Ressler a pair of gloves and tells him to dig in. Ressler fishes around in a barrel of liquid and pulls out Reven Wright’s head.

Samar thinks that it’s suspicious that Aram was the only one that was called in to testify. She corners his girlfriend Janet and accuses her of setting Aram up. Janet confesses that she testified and gave them Aram’s name in exchange for having her criminal record expunged.

Harold calls Elizabeth in to his office. He tells her that he had a run-in with Reddington when he was on a joint Navy/FBI taskforce 3 years ago. He went to the evidence room to get a sample of Reddington’s blood off from the shirt he was wearing. Harold wanted to help Elizabeth find the truth before they are all arrested. He submitted a DNA test to see if Red is really her father, they will have the results in 24 hours.

Kaplan told the grand jury that she needs a day to get her affairs in order before she surrenders herself and testifies. She takes a lengthy bus trip to a remote area in the middle of nowhere, and stops at a grassy mound with a shovel. Kaplan whispers, “I’m sorry Katarina,” and the begins digging.

Ressler and Red rush Reven Wright’s body to the morgue, the examiner finds the bullet that killed her and it will be easily matched to Hitchin’s weapon. Red and Ressler pay Laurel Hitchins a visit, they tell her that the jig is up and they have proof that she killed Reven Wright. Laurel reluctantly agrees to sideline the grand jury and stop the investigation in to the task force in exchange for their silence.

Elizabeth reaches out to Kaplan, Kaplan has her goons pick Liz up outside of the office so that they can meet face to face.

Laurel marches in to the grand jury room and informs Julian Gale that they are shutting down the investigation. Gale is not a happy camper, he scoffs that Reddington obviously has dirt on her and blackmailed her. Gale calls Kaplan and rants that her immunity agreement is gone, Hutchins closed the investigation.

Elizabeth meets up with Kate – she promises to take her somewhere and show her everything she needs to know about her mother. While they are in the car driving down the road, Red’s men chase them down and force Kaplan to pull over. Kaplan warns Liz that if she gets out of the car, she is choosing Red over the truth. Elizabeth hops out of the car anyway. Kaplan shoots one of Red’s men and drives off in her car alone.

Kaplan makes it to a bridge and Red and Dembe have set up a roadblock and are waiting for her. The police arrive behind her and box her in. Kaplan tells Red that she went to Tansi Farms and dug up their secret and she’s going to give it to Elizabeth. Kaplan scoffs that she has a contingency plan. Elizabeth arrives at the bridge and races to stop Red from killing Kaplan.

Red scoffs that he’s not going to kill Kaplan and release the truth. Since he won’t pull the trigger, she will. Kaplan jumps off the bridge several feet and falls to her death in to the water.

Aram is finally released from prison now that the grand jury is over. Janet is waiting for him, she comes clean to him and admits that she gave him up. Aram rushes back to the office and plants a hot kiss on Samar.

Ressler meets with Hitchins, she threatens him and tells him that from now on…she owns him. He tries to leave and she grabs him, he shoves her and she falls ad hits her head and begins bleeding out on the floor. Ressler calls his new pal Harold Prescott to come dispose of the body.

Elizabeth is waiting for Harold in his office, with the DNA test results. She confesses that she ran the same DNA test years ago but she was too afraid to read it and threw it away. Harold tells her he hopes she gets the answer she wants and leaves her to open the envelope alone.

Tonight’s episode ends with Elizabeth knocking on Red’s door with the DNA test – she barges in and tells him that he lied to her. She knows the truth now, Red is really her father. She is hurt and betrayed that he hid it from her this long. Elizabeth cries that she should have known because thinking like a criminal comes naturally to her. Elizabeth isn’t going anywhere though, she may be angry at him, but they are family.

Red and Dembe head to Tansi Farms, Kaplan was telling the truth, their secret is gone. Dembe warns Red that Elizabeth will never forgive him when she finds out what she did to Katarina. Meanwhile, Tom Keen picks up a suitcase that Kaplan left for him with specific instructions.