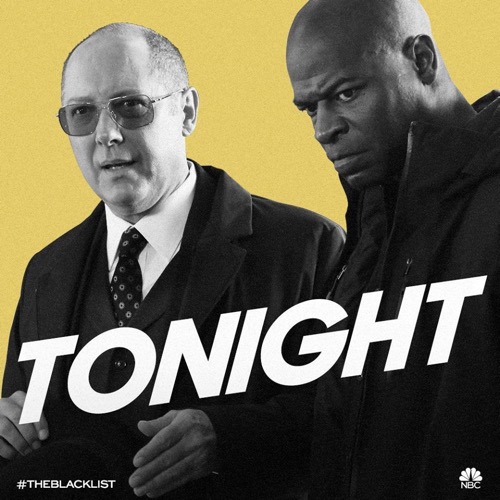 Tonight on NBC their hit drama The Blacklist starring James Spader airs with an all-new Thursday,  May 4, 2017, double episode and we have your The Blacklist recap below. On tonight’s Blacklist Season 4 episode 19 called, “Dr. Bogdan Krilov,” as per the NBC synopsis, “Red (James Spader) assigns the task force to trail a Blacklister who can manipulate memories and Liz questions her own experiences. ”

Tonight’s episode of The Blacklist kicks off with Raymond Reddington pulling a classic Red move. He distracts the FBI with another Blacklister, and send them off on a search for Bogdan Krilov. According to Red, the good doctor is very dangerous and can manipulate people’s memories.

It turns out that Kaplan has hired Krilov to steal someone’s memory for her – Dr. Selma Orchard. Elizabeth and the FBI rush to save Orchard, but they are too late. She has already been attacked by Krilov and he stole equipment from her lab.

Selma Orchard was the therapist that tried to help Liz get her memory back from the night that her parents were supposedly killed. It appears that Kaplan may have sent Krilov to try and get the information on Elizabeth’s memories that were recovered.

Meanwhile, Raymond Reddington is riding along in a train, he has Dembe bring him one of the men in charge of the plane. He’s a bit rattled, seeing as how Dembe has a gun. Red shows him a photo of Kaplan and demands to know if she is on the train and wants her brought to him. He threatens to rob everyone on the train if someone doesn’t bring him Kaplan ASAP.

Red learns that Kaplan is riding on the train under the name of Susan, he rushes to her train car but when he arrives, Kaplan is already gone. A woman gives Red a note from Kaplan. A frustrated Red and Dembe get off the train and Red calls Kaplan, she taunts him and tells him that she’s on the way to Lucerne, and he should know exactly why she’s heading there.

Red call Liz and tells her he is hot on Kaplan’s trail. Then, he has Liz send him a name of the victims that Gale has ID’d so far from the bodies Kaplan left. Red recognizes one of the names on the list, a man named Hans, that’s why they are headed to Lucerne.

Meanwhile, Kaplan has already arrived at the house of a man named Werner, he was Hans’ father. Red confesses to Dembe that 25 years ago he was determined to become the powerful criminal that he is today.

Red Was determined to create an alliance with Werner.  He set up a faux kidnapping of Werner’s son Hans, and he planned to play the hero and save Hans.  But, the hired men that were supposed to kidnap Hans without harming him, accidentally suffocated him while they were transporting him.  Of course, Kaplan disposed of the body, so she knew exactly where Han’s was.  Red confesses to Dembe that Hans’ death was one of his “most profound regrets.”

Meanwhile, Ressler is on a mission of his own. He has been determined to solve Reven Wright’s murder and expose the cover up he suspects for years. Ressler finally has found a witness named Linda who could crack the case wide open. While Ressler is questioning Linda at her home, someone throws a flash bomb in to her house and men with guns rush in and whisk Linda away before he can get any information from her.

Ressler stumbles out of the house, and Hitchin picks him up. She tells Ressler in no uncertain terms to let the Reven Wright case go. Before, Ressler climbs out of the car, he intentionally drops his cell phone on the floor.

But, none of it is real. Krilov has manipulated Ressler’s memories and created the entire thing in his head. He has programmed Ressler to go after Hitchin.

Kaplan gave Elizabeth and her team a choice – and they chose Red. So, Kaplan is determined to destroy all of them, starting with Kaplan. What better way to destroy him, than programming him to take out the United States Secretary of Defense.

At the FBI office, Aram is tracking down the equipment that Krilov stole from Dr. Orchard. He gets a signal from the equipment, and Samar and Liz rush to the makeshift clinic. But, the patient is already gone. Liz and Samar are shocked when they realize that the person who’s memories he was erasing is Donald Ressler.

Elizabeth puts the pressure on Krilov and he sings like a canary. He confesses that he was hired to manipulate Ressler’s memories and convince him that Hitchins kidnapped his witness so he would go after her. Elizabeth gets the address to where Ressler is hired and they race off to stop him before he does something to Hitchins that he will regret.

Red and Dembe arrives at Werner’s house, of course he’s expecting them, and security is tight. Red has one of his men on Werner’s payroll. Red shares an emotional moment with Werner, as he suspected, Kaplan filled him in on Hans’ murder. Werner is out for blood, Red shoots him and kills him after apologizing for his son’s death. Red and Dembe make a run for it in the woods behind the mansion, before Werner’s men realize they just killed him.

Elizabeth and her team arrive at the house in time to find Ressler holding a gun to Hitchins. Elizabeth convinces him that he was drugged, and it was all in his imagination. As soon as Ressler lowers his gun, Hitchins has him arrested. After exchanging words with Hitchins, Elizabeth heads back to the office to talk to Krilov.

Elizabeth is trying to get information from Krilov to clear Ressler’s name. But, Krilov drops a bomb on her and reveals that Red hired him two yeas ago to erase some of her memories too. Liz is livid, she calls Red and confronts him while he and Dembe are hitchhiking in the back of a truck with sheep – Red insists that he did no such thing.

Tonight’s episode ends with Liz heading to the abandoned ice rink to meet up with Agent Gale – she finds him standing among the 80 plus bodies, all killed by Red. Gale taunts her, he’s been snooping around, and he knows all about Reddington’s task force, and that Elizabeth has been helping him evade the law for years now.

Gale taunts Elizabeth and tells her she should ask the bodies for forgiveness, since she is helping their killer evade justice.