BY Heather Hughes on May 8, 2017 | Comments: 9 comments
Related : Soap Opera, Spoiler, Television, The Bold and the Beautiful, Uncategorized 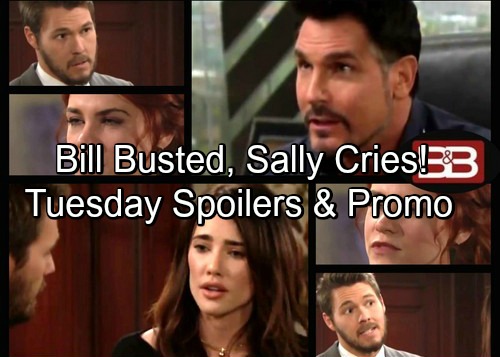 The Bold and the Beautiful (B&B) spoilers for Tuesday, May 9, tease that Steffy (Jacqueline MacInnes Wood) will struggle to understand Thomas’ (Pierson Fode) point of view. She’ll note that in spite of everything Sally (Courtney Hope) has done, Thomas is still in love with her. Steffy just won’t get how Thomas could possibly have feelings for Sally after she stole from him.

Thomas will probably insist that Sally regrets her actions. Besides, he can’t help how he feels. Once they wrap up their chat, Thomas will head over to say goodbye to Sally. She just decided that leaving Los Angeles is her best option. It would be too painful to hang around and watch Spectra Fashions be demolished. It would also be difficult to watch Thomas move on without her. 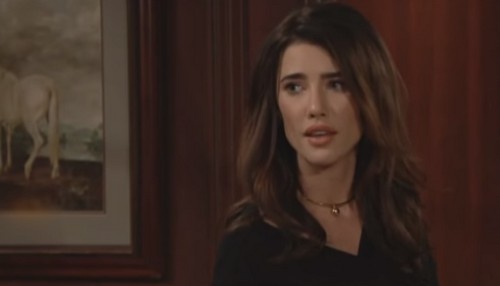 The Bold and the Beautiful spoilers say Sally intends on distancing herself from this whole mess by moving somewhere else. She’ll begin to cry as she talks about her mistakes. Sally will suggest that she was living the dream for a moment. She’ll be grateful to Thomas for all his help and kindness. Sally wishes that she could undo the damage, but she just doesn’t see how that’s possible.

Fortunately, some good news is headed Sally’s way soon. Liam (Scott Clifton) just figured out that Bill (Don Diamont) was behind the awful review Spectra Fashions received. The Bold and the Beautiful spoilers say Liam will give Steffy updates on his father’s shadiness. B&B’s preview video shows Liam declaring, “I believe that my dad is responsible for sending Sally down the path to be a knockoff shop.” 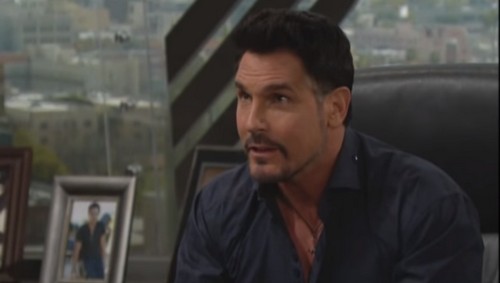 Steffy might admit that it wasn’t fair to the Spectras, but what Sally did wasn’t fair either. The Bold and the Beautiful spoilers say Steffy still won’t be too keen on Sally’s involvement with Thomas. She’ll maintain that Sally has no redeeming value at all. Steffy will want her rival out of Thomas’ life forever.

Nevertheless, Liam will likely defend the scheming Spectra. He may urge Steffy to put herself in Sally’s shoes. Steffy has had everything handed to her at Forrester, but Sally really had to fight for what she wanted. Bill delivered a tough blow, so Sally got desperate. 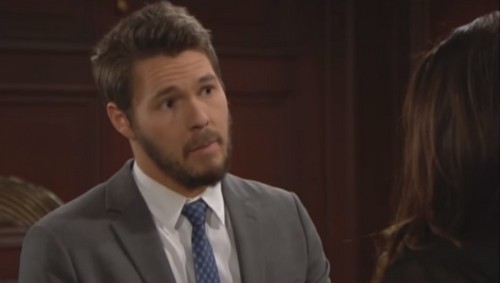 Steffy has undoubtedly made a few mistakes that she wishes she could take back. Most of them were more serious than theft! Later this week, Steffy’s change of heart will lead to a second chance for Spectra. Sally will be sticking around after all. Stay tuned to B&B and don’t forget to check CDL often for the latest Bold and the Beautiful spoilers, updates and news. Come and join the conversation on our Bold and Beautiful Facebook Group!