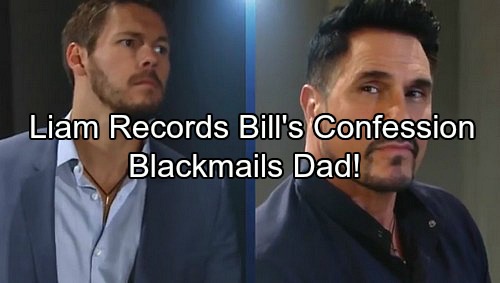 The Bold and the Beautiful (B&B) spoilers tease that some shockers are brewing. The Spectra fire is still the hot story around town, so B&B will continue to focus on the fallout. Bill (Don Diamont) will feel like he’s untouchable, but that’s simply not true. Liam (Scott Clifton) poses a bigger threat than Bill realizes.

Many viewers are ready to see Bill pay. Liam will come up with a plan to show Bill who’s boss, but he’ll have to get sneaky. On September 7, The Bold and the Beautiful spoilers state that Liam will once again confront Bill. He’ll hope to rehash the fiery drama with a goal in mind. 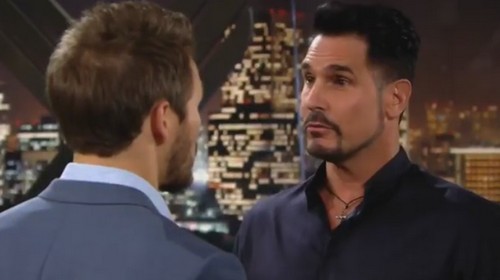 Bill already came clean about torching the Spectra building and he doesn’t feel a bit sorry about it. However, Liam will try to pull another confession out of Bill. The Bold and the Beautiful spoilers reveal that Liam will secretly record their conversation, which will indeed bring an admission of guilt.

Liam will likely let Sally (Courtney Hope) decide Bill’s fate. She’s the one who’s suffered because of Bill’s greed and cruelty. Of course, Liam will still chime in with his thoughts on the matter. He might insist that Bill deserves to go down. There are a couple of ways to make sure Bill gets what he has coming. 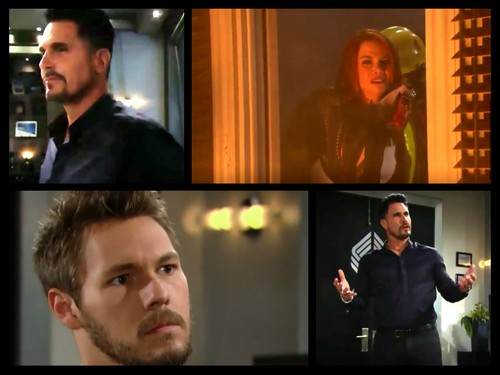 Going to the police is an option, but there are other possibilities. Liam may use this recording to blackmail Bill. The Bold and the Beautiful spoilers hint that Bill will be pressured to save Sally’s business. Bill might argue that the confession would be thrown out, but Liam will stand his ground. He may point out that the cops aren’t the only ones who’d be interested.

Liam could easily turn this into a PR nightmare that leaves Bill’s public image tarnished. Bill doesn’t care about his personal reputation, but B&B fans know he cares dearly about the financial success of Spencer Publications. They could face boycotts and advertiser pullouts if Liam leaks the tape.

It appears Bill will have to pony up the cash for Spectra’s revival. Bill usually gets away with his actions, but Liam will finally outsmart him this time. Will Bill turn against Liam after this brutal betrayal? We’ll give you updates as other B&B news comes in. Stay tuned to the CBS soap and don’t forget to check CDL often for the latest Bold and the Beautiful spoilers, updates and news.