The Bold and the Beautiful Spoilers: Quinn Calls Ridge Out for Gawking, They End Up Kissing – Bill Warns Brooke 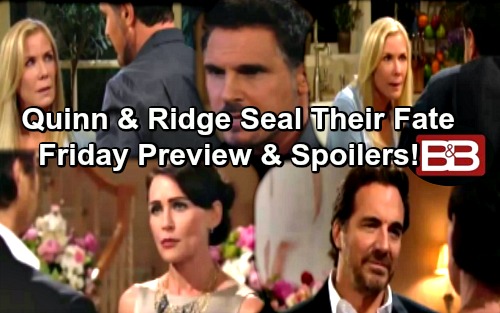 The Bold and the Beautiful (B&B) spoilers for Friday, February 17, tease that Bill (Don Diamont) will drop by Brooke’s (Katherine Kelly Lang) place to check on her. She was feeling a little under the weather, so she missed Nicole (Reign Edwards) and Zende’s (Rome Flynn) nuptials. Bill will note that “poor Ridge (Thorsten Kaye) had to go to the wedding all by his lonesome.”

Brooke will suggest that it was fine, but Bill will wonder why Ridge attended without his fiancée. He’ll hint that Ridge never seems to take care of the woman he supposedly loves. Bill will point out that he’s the one by Brooke’s side, not Ridge. He’ll think that should tell Brooke something about her current relationship. 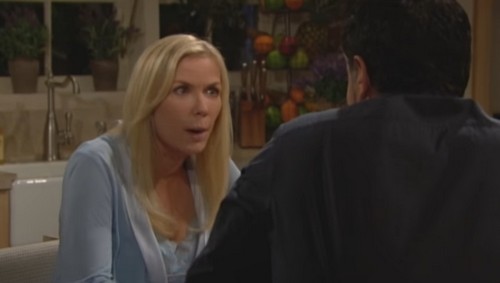 Bill will repeat his prediction that Ridge is going to hurt Brooke. He might say Ridge will get bored and move on with someone else like he always does. Brooke will get defensive about the issue. Friday’s B&B preview video shows Brooke shouting, “There is no other woman for Ridge but me!”

Bill will insist that Brooke knows he’s right about Ridge deep down. He’ll continue to talk about their destiny. Brooke is a huge part of Bill’s past and he’s convinced that she’ll be part of his future as well. Stay tuned to see if Bill will get his wish. 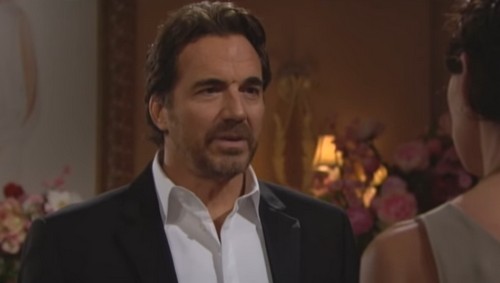 Other Bold and the Beautiful spoilers reveal that Quinn (Rena Sofer) will have a problem with Ridge’s behavior. She’ll feel like his gawking isn’t doing either one of them any good. Quinn doesn’t want to be tempted by another man. Eric (John McCook) is her husband and she wants to honor her commitment.

The sneak peek clip shows Quinn calling Ridge out for the way he was looking at her. She’ll want him to stop immediately. Ridge might indicate that Quinn has been doing some staring, too. They both need to admit that there are some strange feelings under the surface. 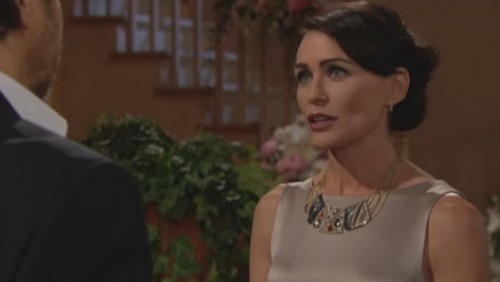 After they discuss boundaries, they’ll agree that their kiss shouldn’t have happened and will never happen again. However, something is going to shift over the next few episodes. The Bold and the Beautiful spoilers state that Ridge and Quinn will soon find themselves locking lips once more.

To make matters worse, Ivy (Ashleigh Brewer) will witness this shocking smooch. Big trouble is brewing and it should spark some major drama. We’ll give you updates as other news comes in. Stick with B&B and don’t forget to check CDL often for the latest Bold and the Beautiful spoilers, updates and news.