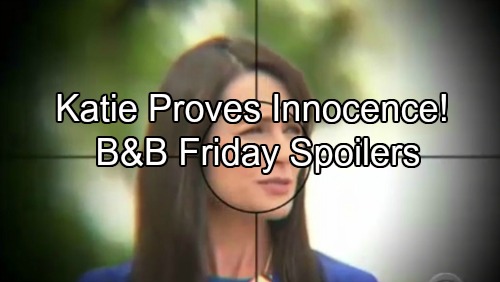 The Bold and the Beautiful (B&B) spoilers for Friday, June 9, tease that Sally (Courtney Hope) and Thomas (Pierson Fode) will share an awkward meal with Steffy (Jacqueline MacInnes Wood) and Liam (Scott Clifton). Thomas will insist that this double date could lighten the conflict. He doesn’t want his sister and girlfriend to hate each other, but making peace could prove difficult.

Nevertheless, Sally will do whatever she can to win Steffy over. She’ll even tone down her flashy style. The Bold and the Beautiful spoilers state that Sally will choose a look that’s a little less conspicuous for this outing. She’ll hope that Steffy will be impressed by what she sees.

Of course, Steffy doesn’t care about Sally’s clothes. Her recent theft is the problem. Sally’s family history certainly doesn’t help the situation. There’s plenty of bad blood between the Spectras and Forresters. Sally made everything worse when she ripped off Forrester Creations’ entire spring collection. 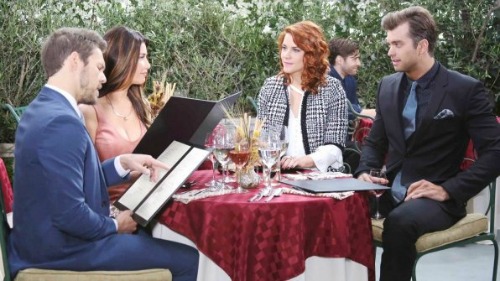 Still, Steffy loves Thomas and she wants him to be happy. She can tell that they’re going to be stuck with Sally for a while, so she’ll try to deal with it. B&B spoilers hint that there’ll be major tension during this double date, but the feud may settle down by the time they head home. Steffy will soon decide that she can put up with Sally for now.

Other Bold and the Beautiful spoilers say Katie (Heather Tom) will be taken to the police station for questioning. Quinn (Rena Sofer) wants Lt. Baker (Dan Martin) to make an arrest immediately. She thinks Katie was behind the fired shot and the evidence appears to point in that direction.

However, things aren’t always as they seem on the CBS soap. Next week, June 12 to June 16, Katie will begin a mission to prove her innocence. Is she lying to save her own skin or is the culprit still out there? Regardless, Katie will do everything in her power to fix this. She could be walking straight into danger if she’s truly innocent and she gets in the real shooter’s way.