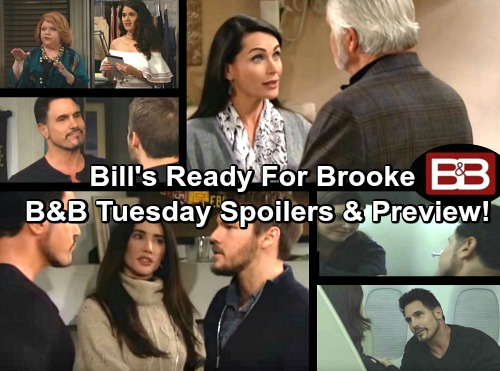 The Bold and the Beautiful (B&B) spoilers for Tuesday, March 14, tease that Eric (John McCook) and Quinn (Rena Sofer) will talk about the progress she’s made with the Forrester family. Ridge (Thorsten Kaye) obviously finds Quinn a lot more tolerable these days. It appears the others are coming around as well.

Even Liam (Scott Clifton) and Steffy (Jacqueline MacInnes Wood) are learning to trust Quinn somewhat. After all, Quinn will be attending their wedding. That’s something that seemed impossible just a few months ago. Now the situation has shifted and Eric is over the moon. Quinn will suggest that with the way things have been going, nothing should surprise her anymore. 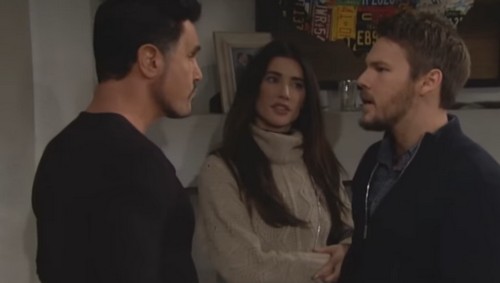 Elsewhere, Bill (Don Diamont) will give Liam a shock. B&B fans will recall that Bill gave Brooke (Katherine Kelly Lang) a token of his affection. His sword necklace is perhaps his most prized possession, but he happily handed it over to his love. Bill would give up just about anything for Brooke.

Liam will be stunned when Bill isn’t wearing his usual choker. The Bold and the Beautiful preview video shows a confused Liam asking, “Where’s your necklace?” Bill will contend that he’s just taking a break from it, but Liam probably won’t buy that. Maybe Bill will eventually admit that Brooke accepted it as a gift. 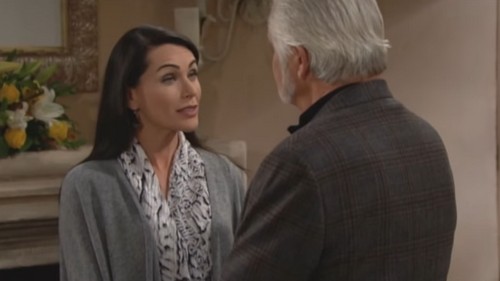 Liam won’t worry about his dad’s jewelry issues for too long. He’s got a wedding to get to! Steffy will be equally excited about their impending nuptials. They’ll board a plane with their family members as they prepare for their journey.

Once they’re on the jet, Bill will fish for info from Katie (Heather Tom). He’ll sense that there could be problems for Ridge and Brooke. Bill will ask if Katie is still so certain that they’re going to tie the knot. Katie will pause briefly before offering unconvincing confirmation. 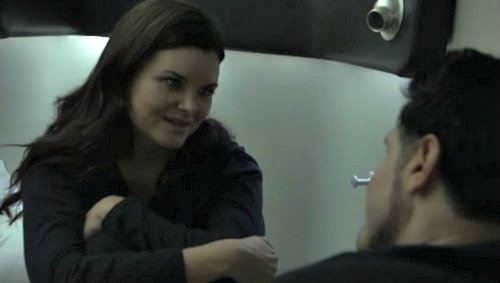 The Bold and the Beautiful sneak peek clip shows Katie saying, “Yeah, of course. I mean, Brooke’s always said that they were meant to be.” Naturally, Bill won’t think that’s true. Meanwhile, Sally (Courtney Hope) will mull over an intriguing offer. She’ll tell rest of the Spectra gang that Thomas (Pierson Fode) wants her to tag along on the Australia trip.

Saul (Alex Wyse) will advise against it, but Shirley (Patrika Darbo) will insist that Sally has to take advantage of this opportunity. B&B spoilers state that Sally will soon be headed Down Under. We’ll give you updates as other news comes in. Stay tuned and don’t forget to check CDL often for the latest Bold and the Beautiful spoilers, updates and news. Come and join the conversation on our Bold and Beautiful Facebook Group!