The Bold and the Beautiful Spoilers: Sally Says Coco Must Rob Forresters Blind – Ridge and Quinn Kiss, Leave Behind Clue 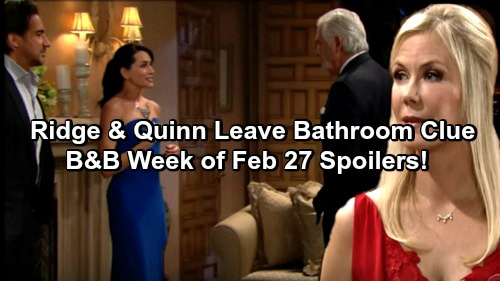 The Bold and the Beautiful (B&B) spoilers and updates for the week of February 27 tease that some major shifts are on the way. To kick things off, the switch will flip for Sally (Courtney Hope). She’ll initially resist Shirley’s (Patrika Darbo) plan to steal from Forrester Creations, but she’ll have a change of heart pretty soon.

What’s up with Sally’s sudden mood swing? Perhaps Steffy (Jacqueline MacInnes Wood) will push her buttons. If Thomas (Pierson Fode) gives Sally the brush off, that could change the game as well. Then again, maybe it’ll just be the suspicious nature of the Forresters. 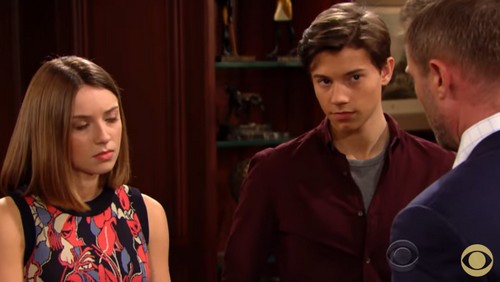 When Coco (Courtney Grosbeck) applies for an internship, she’ll be accused of being from an untrustworthy family. Of course, the Forresters have a right to make that assumption. The Spectra clan hasn’t done anything to prove them wrong. There’s no need for them to start now.

Sally may determine that the Forresters deserve to have their designs stolen. She likes Thomas, but they’re still getting to know each other. Sally probably hasn’t fallen hard enough to avoid hurting him. If Thomas has to be a casualty of war, then so be it. 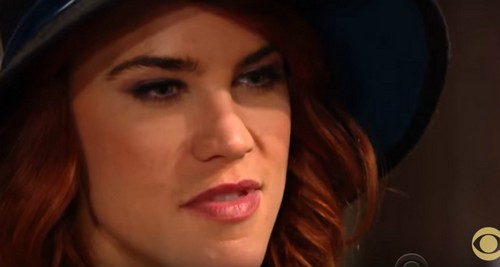 Whatever the case, Sally will indeed move forward with Shirley’s scheme to save Spectra. The Bold and the Beautiful promo shows Sally declaring, “Coco has to rob them blind.” This is quite a departure from the Sally who thought they’d be crossing the line with theft.

Meanwhile, Ridge (Thorsten Kaye) and Quinn (Rena Sofer) will find themselves locking lips again. After Quinn steps away from Ridge and Brooke’s (Katherine Kelly Lang) engagement party, she’ll end up flipping out in the bathroom. When Ridge joins her to offer comfort, a jammed door could seal their fate. 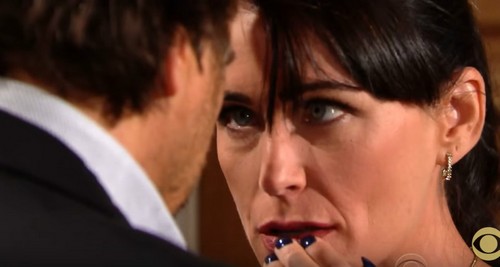 B&B spoilers reveal that Quinn and Ridge will share a private kiss. Unfortunately, they’ll leave behind evidence at the scene of the crime. A lipstick-smeared tissue could be huge clue for anyone who comes along. Charlie (Dick Christie) and Pam (Alley Mills) will certainly be curious about what was going on in that bathroom.

The Bold and the Beautiful fans can also expect an appearance from Bill’s (Don Diamont) favorite county clerk. Sheryl Underwood, who happens to be a big fan of B&B, will reprise her role as Emmy. She’ll be on hand to flirt with Bill and give the show a good dose of comic relief.

It sounds like several storylines are heating up. We’ll give you updates as more news comes in. Stay tuned and don’t forget to check CDL often for the latest Bold and the Beautiful spoilers, updates and news. Come and join the conversation on our Bold and Beautiful Facebook Group!