BY Heather Hughes on November 24, 2017 | Comments: one comment
Related : Soap Opera, Spoiler, Television, The Bold and the Beautiful 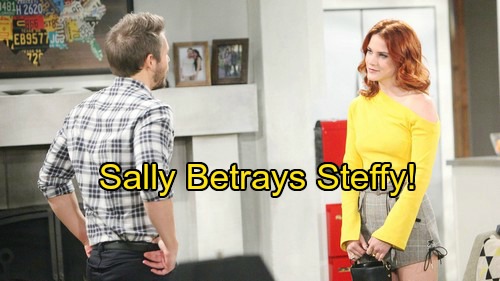 The Bold and the Beautiful (B&B) spoilers tease that Sally (Courtney Hope) will pay Liam (Scott Clifton) a visit next week. They’ll take a minute to rehash everything that happened between them. Liam and Sally connected as he tried to help her business. They also shared some close moments under the rubble, which lead to a mess for Liam. 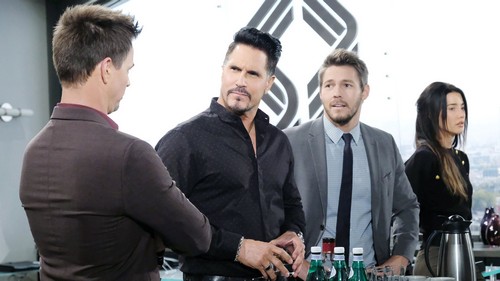 In fact, Sally could be the one to stir up some doubts. The Bold and the Beautiful spoilers say Sally will have an important question to ask. She might have some reservations about dropping this on Liam, but she’ll just blurt it out and hope for the best.

What’s Sally curious about? If Liam mentions his guilt over the kisses they shared, Sally might ask about Steffy’s loyalty. She may wonder if there could be trust issues on both sides. Sally might even ask if Liam’s truly happy in this marriage. Steffy and Liam often struggle to get on the same page, so Sally could point that out.

Of course, Liam will undoubtedly defend his relationship with Steffy. He’ll feel certain that everything’s back on track now. Liam will take responsibility for his marriage woes and promise to fix them. He’ll probably rush Sally along as quick as he can. Liam wants Steffy to be the only woman he’s focused on from now on. 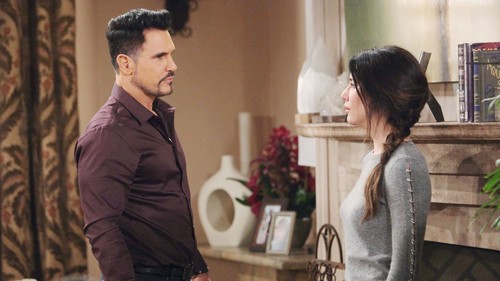 However, Liam will definitely remember this conversation once trouble hits. As the pressure revs up for Steffy, she’ll behave in strange ways. Liam could realize his wife is hiding something. He may determine that Bill and Steffy’s relationship has gone far deeper than it should have.

Steffy’s lies are bound to catch up with her sooner or later, so Sally could still have a shot with the man she wants. The Bold and the Beautiful spoilers say Liam will end up in a dark place down the road. He’ll certainly need some comfort. Will Liam turn to Sally or could Hope’s (Annika Noelle) comeback wreck Sally’s plan?

Regardless, B&B viewers can’t wait to see the fallout for Bill and Steffy. We’ll give you updates as other news comes in. Stay tuned to the CBS soap and don’t forget to check CDL often for the latest Bold and the Beautiful spoilers, updates and news.