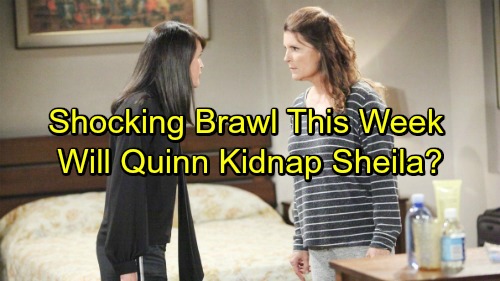 The Bold and the Beautiful spoilers tease that Kimberlin Brown’s (Sheila) character will continue to play a prominent role on CBS’ half-hour steamer. More Sheila, less Quinn (Rena Sofer) hasn’t yet become a hashtag cause. Though by all soapy rights it should.

Sheila wasn’t seen for about a week, which caused many diehard Brown fans to suffer withdrawal. Search-engined (that’s a word, now) results yielded classic videos to review. Sheila’s initial incarnation on The Young and the Restless, followed by her crossover to B&B and subsequent trips between the parent show and it’s spinoff child were reviewed by those who needed that digital fix. 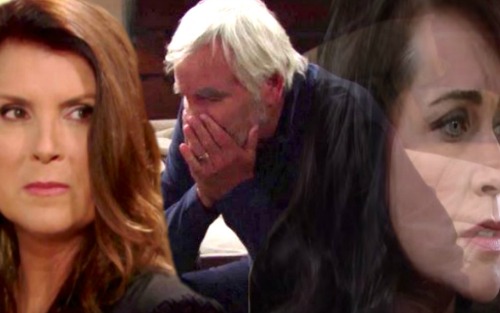 Quinn is no bashful kitten. She’s fierce, like Lauren (Tracey Bregman), which nicely established a conflict character Sheila can battle in this alternate universe.

Charlie (Dick Christie) is a great new tool for Sheila to use. He’s the latest fictional plot device that has already allowed this all-time nemesis to establish a foothold.

Sheila has often used information to gain leverage, to exploit other’s weaknesses, or to hold for future use. Keeping Charlie under thumb, by threatening to expose how he’s helped her to-date is necessary. He’s part of the Forrester Creations’ staff, which means Sheila has a useful link to Eric’s world. 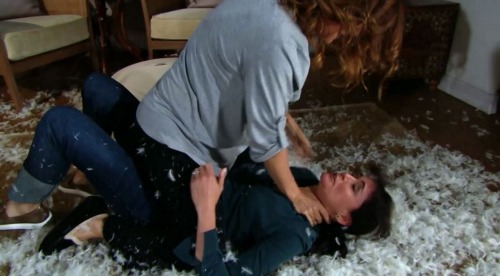 The concussion angle didn’t prove to be Sheila’s path back to Eric. In retrospect it would have been far too easy and utterly unbelievable if Eric would have opted to divorce Quinn, keep Sheila in the mansion indefinitely and then form a romantic relationship with her.

The immediate future projects Sheila conjuring various schemes in her mind and implementing them in daytimely (that’s a word, now) delicious ways. Long-term, B&B’s only digestible option would seem to be the resurrection of dastardly deeds. On this week’s new B&B episodes Quinn and Sheila will brawl again!

It would be great to see James (Ian Buchanan) hanging from a rack somewhere in Los Angeles once again, or maybe this time he could simply be strung up. Plus, Quinn remains the clearest kidnap candidate.

But what is Sofer’s character turns the tables on Sheila after the brawl coming up this week? Viewers may have already convinced themselves that today’s Sheila isn’t the same Sheila they once knew. So what if Quinn eventually knocks Sheila out and then holds her hostage? Table turning would push a fresh perspective in 2017, or 2018.