BY Heather Hughes on May 9, 2017 | Comments: 3 comments
Related : Soap Opera, Spoiler, Television, The Bold and the Beautiful 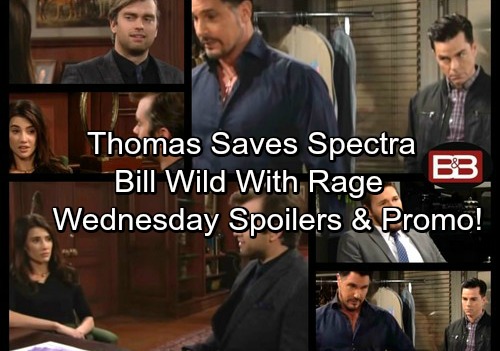 The Bold and the Beautiful (B&B) spoilers for Wednesday, May 10, tease that Steffy (Jacqueline MacInnes Wood) will sit down for a chat with Thomas (Pierson Fode). Now that Liam (Scott Clifton) has shared his suspicions, she knows there’s something Thomas needs to hear. However, it’s going to be awfully tough for Steffy to spill the news of Bill’s (Don Diamont) sabotage.

Steffy obviously isn’t a big fan of Sally (Courtney Hope). That’s understandable since Sally stole Forrester Creations’ entire collection. Steffy still can’t comprehend why Thomas was willing to step up for his betrayer. She’ll ask Thomas about his feelings in hopes of determining how serious their romance was. 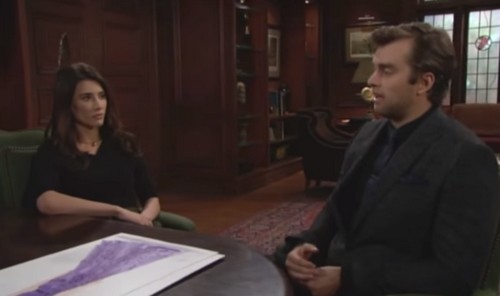 Thomas will admit that fell fast and hard. Sally stood out from the crowd and he just couldn’t help himself. Thomas will point out that he liked the person he became when he was around Sally. The Bold and the Beautiful sneak peek shows Thomas saying, “I was the man that I wanted to be when I was with her.”

After listening to Thomas gush, Steffy will realize she has to bite the bullet. She’ll give Thomas updates on Bill’s actions and let him decide what he wants to do about the situation. Thomas will insist that Sally should be in the loop on this. He’ll head over to Spectra Fashions right away. 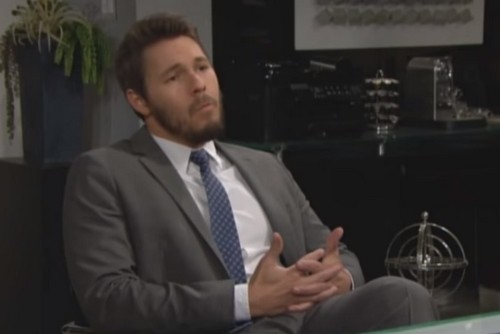 Elsewhere, Bill will be busy gloating at the building he intends to demolish. He’ll contend that the Spectras need to mosey on out so he can get started. Wednesday’s B&B preview video shows Bill stating, “You’re in breach of your contract with CJ (Mick Cain) over here, which means that you and your employees have to be out by close of business today.”

Luckily, Thomas is about to rescue this damsel in distress. He’s on his way to save Sally’s dying dream. In the meantime, Wyatt (Darin Brooks) will find out about Liam’s daring move. He’ll note that Bill isn’t going to be pleased. Wyatt will suggest that Liam could get canned over this. 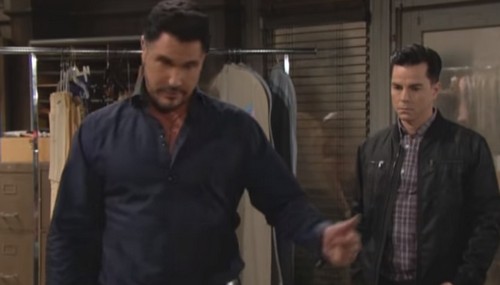 Liam won’t be concerned about Bill’s upcoming reaction. He won’t think he’s in any danger of being fired. In fact, Liam will believe Bill secretly likes it when they hold him to a higher standard. Of course, there’s a good chance Bill’s heart is colder than Liam thinks!