The Bold and the Beautiful Spoilers: Week of November 13 – Disgusted Steffy Walks Out on Liam and Sleeps With Bill

BY Heather Hughes on November 10, 2017 | Comments: one comment
Related : Soap Opera, Spoiler, Television, The Bold and the Beautiful 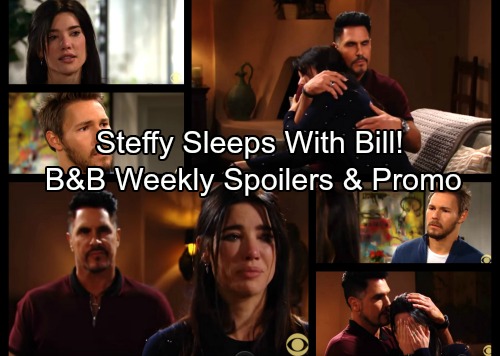 The Bold and the Beautiful (B&B) spoilers for the week of November 13-17 tease that Steffy (Jacqueline MacInnes Wood) and Liam’s (Scott Clifton) fight will rev up. They just won’t be on the same page about what happened in the Spectra rubble. Liam will admit that it was wrong to kiss Sally (Courtney Hope), but he’ll blame it on the expectation of dying.

Steffy won’t see how that’s supposed to make her feel any better. The thought of Liam kissing Sally disgusts her. Steffy won’t think a harrowing ordeal gave Liam an excuse to be unfaithful. She might argue that Liam should’ve been thinking about his wife at a time like that. Instead, he was acknowledging Sally’s love declaration with a steamy lip lock. 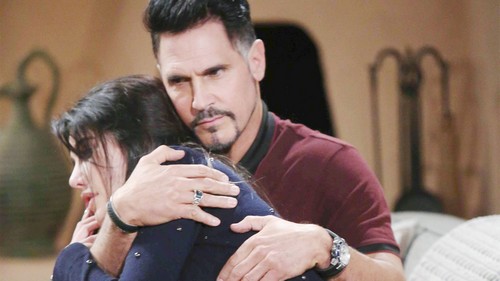 B&B spoilers say Steffy will end up sulking at the Forrester guesthouse. She’ll really struggle to deal with this blow. It would’ve been bad enough if Liam had kissed a stranger, but the fact that it was Sally makes it even worse. This is the woman who stole from Steffy’s family and forced them to lose an entire collection. Liam was kissing Steffy’s nemesis and she’s just not OK with that.

Steffy warned Liam about getting too close to Sally, but he wanted to do the right thing. She’ll be wondering where Liam’s morals were after the Spectra blast. Wyatt (Darin Brooks) will catch up with his worried brother a little later. When Wyatt asks about Steffy, Liam will confess that he doesn’t know where she is. 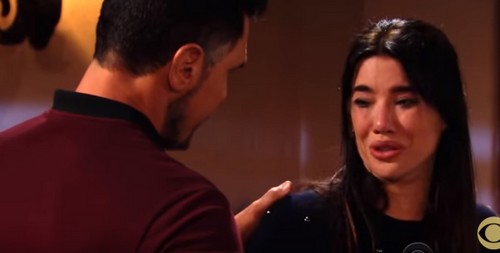 However, Bill (Don Diamont) will manage to track Steffy down. He’ll insist that he’s there for her if she needs anything. The Bold and the Beautiful spoilers say Steffy will sob over Liam’s betrayal. She thought she could count on his loyalty, so that’s making all of this even tougher. Steffy truly feels blindsided.

Steffy will indicate that she just feels so alone, but Bill will remind her that she’s got him. They’ll share a warm embrace, but that’s only the beginning. The Bold and the Beautiful spoilers reveal that a hot sex session is on the way. As expected, regret will follow.

It looks like Steffy will understand Liam’s perspective after this. She’ll see how a moment can get out of hand when you’re feeling vulnerable! We’ll give you updates as other B&B news comes in. Stick with the CBS soap and don’t forget to check CDL often for the latest Bold and the Beautiful spoilers, updates and news.