The Bold and the Beautiful Spoilers: Wyatt Warns Spectra of Bill’s Plot – Love Triangle for Wyatt, Sally and Thomas? 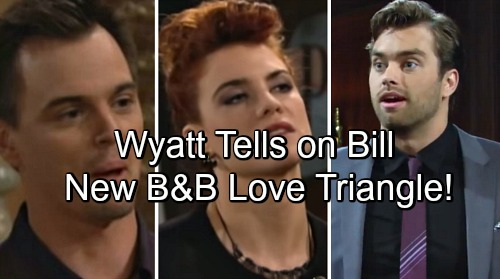 The Bold and the Beautiful (B&B) spoilers tease that Bill (Don Diamont) will likely continue his efforts to take down Spectra Fashions. He’s convinced that Sally (Courtney Hope) is going to crash and burn. Bill will hope that he can send the whole Spectra family back to where they came from.

For Bill, it’s all about profit. He’ll do anything if it means bringing in more cash. The Spectra Fashions building is on some important property. Bill still wants to acquire it so he can expand his empire. Spectra recently received a scathing review thanks to Bill, but that may just be the first of many blows. 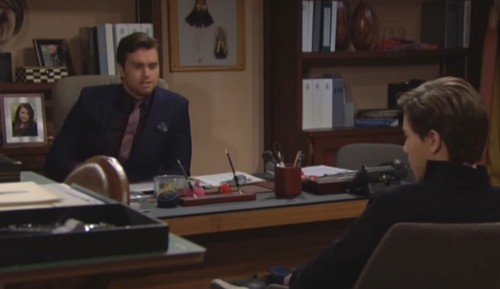 What else could Bill have in store for Sally, Shirley (Patrika Darbo) and the rest of the gang? B&B fans are aware that Bill loves playing dirty. He could stoop even lower if he’s given the chance. The Spectra team has a plan to rebuild their reputation, but Bill could provide some serious hurdles.

Meanwhile, Wyatt (Darin Brooks) could use a storyline. We needed a break from him after the lengthy war for Steffy’s (Jacqueline MacInnes Wood) heart, but it’s probably time to get him back in the mix. Wyatt just returned to work at Spencer Publications and he’s hoping to head down a new path. 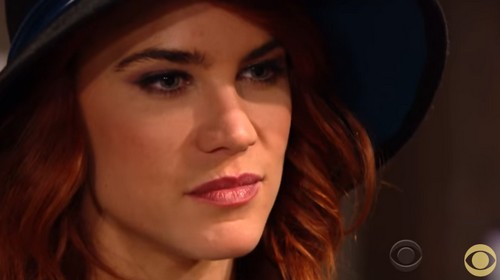 Of course, Wyatt wouldn’t approve of Bill’s shady strategies. If he finds out that his father is quietly plotting against Spectra, Wyatt might take a stand. He could insist that Bill needs to shut down his sneaky tactics immediately. The Bold and the Beautiful viewers know Bill wouldn’t listen. Wyatt might decide to walk away from the family business once again.

Naturally, Wyatt would warn Sally about Bill’s mission. He could make Sally realize that she actually has talent. Jarrett wanted to publish a decent review of Spectra’s new fashions, but Bill wouldn’t agree to it. Wyatt could clarify the situation and even provide some PR tips for the future. 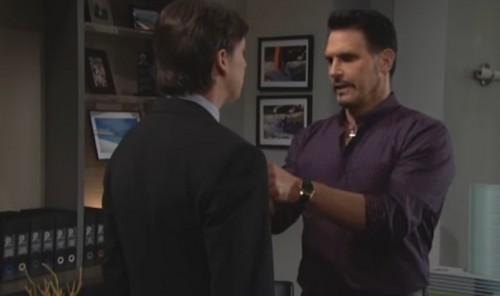 Perhaps Sally would offer Wyatt a job at Spectra. He’ll need one if he bails on Bill at Spencer. Sally could easily fall for Wyatt if they start working together. This could set up a love triangle featuring Wyatt, Sally and Thomas (Pierson Fode).