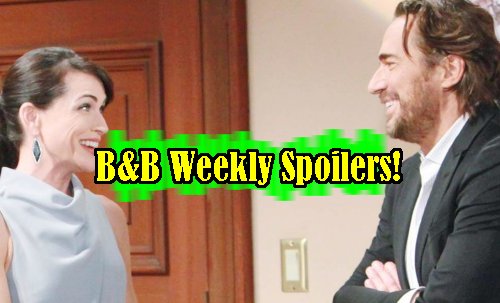 The Bold and The Beautiful (B&B) spoilers for episodes the week of Monday, January 9 thru Friday, January 13 reveal that the Forresters have more bumps ahead and the family is on a path that will rip them apart. Can they survive?

Eric Forrester (John McCook) is lobbying hard to get Steffy Forrester (Jacquelin MacInne Wood) back with Wyatt Spencer (Darin Brooks) and will do anything to make this reunion happen. He is devoted to his new step-son and puts some cash behind the effort.

Eric pushes Steffy on moving back into the Forrester mansion and out of Thomas Forrester’s (Pierson Fodė) loft. Steffy resists the efforts but then Eric ties a cash bonus offer into her moving into the family home. Will Steffy take the bank offer and move in? Maybe. 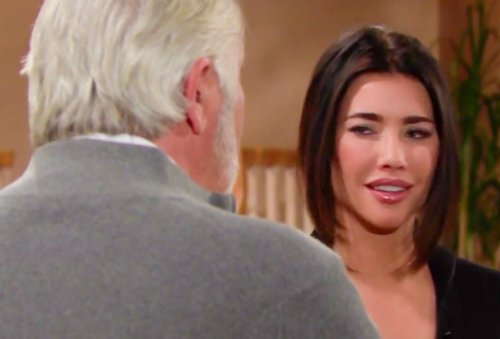 Steffy is unsure how to deal with Wyatt as they get closer to their divorce being final but Wyatt, encouraged by Eric, won’t give up so easily. Things get awkward between them and it’s made worse because Liam Spencer (Scott Clifton) is always lurking at work.

Wyatt pleads his case this week and lays out point by point why he’s so much better for her than Liam and why his love is more meaningful. Wyatt says he wants her to succeed on her own terms while Liam wants her in the box he’s designed.

Steffy begins to see this by how Liam is constantly criticizing her career choices and how she’s allowing the social media campaign to proceed. Wyatt has found a crack in the foundation and is working it. With Eric pressing too, will Steffy crack? 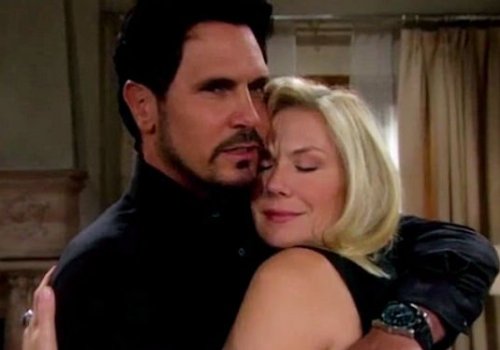 Bill has an enticing offer for Brooke and she finally begins to notice that Ridge has ditched her just as Dollar Bill predicted. Ridge is lying to her and focused on Quinn. In coming days, when Brooke travels to Italy, Bill follows and she’s stunned. Romance follows too.

Eric has taken up the challenge by Ridge to prove that Quinn isn’t worthy of him and Ridge has promised to show him the “naked” truth about his new wife, but it’s Ridge that is in over his head. Quinn is surprised when it becomes clear Ridge no longer hates her. 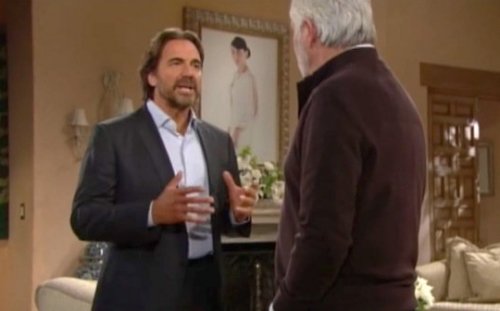 Ridge is falling for Quinn despite his goal to destroy her. Will Ridge steal another wife from his dad and blow up the Forresters? Ridge is the danger to Eric, not Quinn. Liam has had it with Quinn and confronts her again about the attempts to break up his relationship with Steffy.

Wyatt and Eric work together on a surprise for Steffy. They commission a fireplace portrait to replace the one of Quinn – and it’s of Steffy. This could be a tipping point for Steffy since her grandmother’s portrait in that place of honor is such an important part of her past.

Share your comments below on these spoilers for episodes the week of Monday, January 9 thru Friday, January 13. Check back with CDL often for the latest The Bold and The Beautiful spoilers and updates.

Next week, Ridge is ready to fight fire with fire to take down Quinn. #BoldandBeautiful