The Young and the Restless Spoilers: Adam and Kyle Back for Fierce War – Victor and Jack Need Their Sons More Than Ever 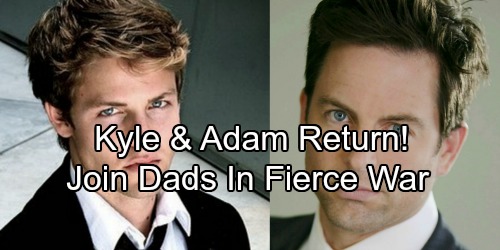 The Young and the Restless (Y&R) spoilers tease that there are some good signs about the future of the CBS soap. Mal Young, Y&R’s head writer, wants to focus on the characters that are most familiar to us. He’s already gotten rid of some newbies and others have had their airtime reduced.

That opened the door for J.T.’s (Thad Luckinbell) return, which is sure to give us some great drama. The Young and the Restless spoilers state that J.T.’s storyline will come with a little more meat in the weeks ahead. They needed an excuse to bring him back, so Victor’s (Eric Braeden) account anomaly served its purpose. Now Y&R’s headed toward the gripping portion of J.T.’s latest stint. 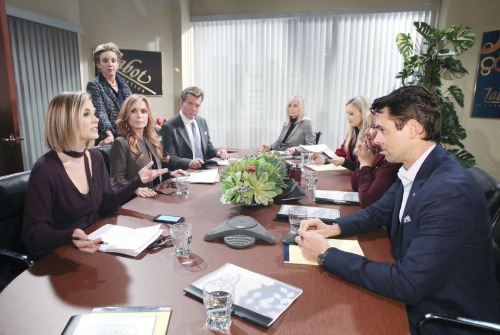 The Young and the Restless also dropped a major hint about Kyle’s potential return. He was able to help Ashley (Eileen Davidson) out at the Jabot board meeting. Kyle’s vote was delivered by courier, but it’s interesting that he chose to join the Abbott family war. He may not be involved from afar for long. That Kyle mention suggests that he could be on his way back to Genoa City soon. 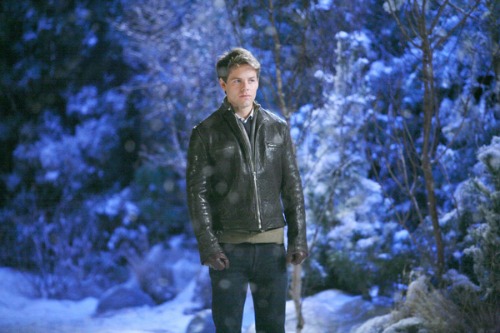 Y&R didn’t seem to have much use for Lachlan Buchanan in the role. He was just kind of there, so maybe they’ll take the character in a different direction this time. The show might choose a slightly older, edgier recast and prep Kyle to be a real leader at Jabot. Jack could get his son back on his side in preparation for another fierce battle.

Since comebacks are happening, it’s only a matter of time until Y&R brings back their most-requested character. Fans want to see Adam Newman alive and well! Whether Michael Muhney resumes the role or someone else takes over, Adam could be headed home down the road. 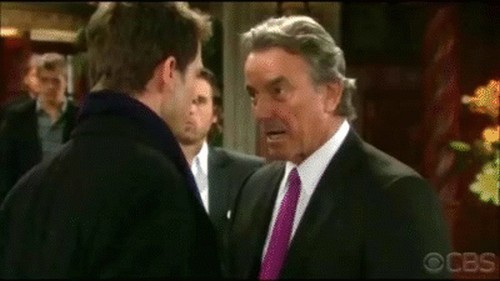 It makes sense that Y&R would want to reunite Victor with Adam pretty soon. They could team up against Jack and Kyle when the rime is right. That’s a corporate war we’d be interested in! Adam, Victor, Kyle and Jack could bring some real entertainment. These fathers and sons could join forces to create some true competition in GC.

Would you like to see Kyle and Adam back to support their fathers? Are there any other returns you’re hoping for? We’ll give you updates as other news comes in. Stick with the CBS soap and don’t forget to check CDL often for the latest Young and the Restless spoilers, updates and news.