The Young and the Restless Spoilers: Ashley Catches Phyllis with Ravi – Jack and Gloria Plot Takeover – Lauren Confesses to Michael 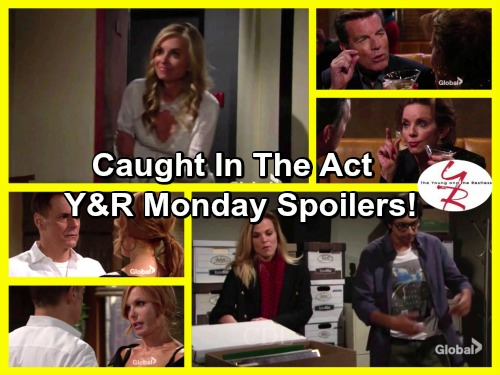 The Young and the Restless (Y&R) spoilers for Monday, January 9, tease that Ashley (Eileen Davidson) is in for a shock. When she walks in Phyllis’ (Gina Tognoni) former office, Ashley will see her standing there with Ravi (Abhi Sinha). You can bet that Ashley will flip out. She doesn’t like Phyllis anyway, but she’ll be particularly irked when she spots her with Jabot’s new computer whiz.

Ashley might give Phyllis an earful and throw her off the premises. The Young and the Restless spoilers say Ashley will do her best to keep Ravi as Jabot’s secret weapon. Their relationship as pals and collaborators will grow stronger in the coming weeks. 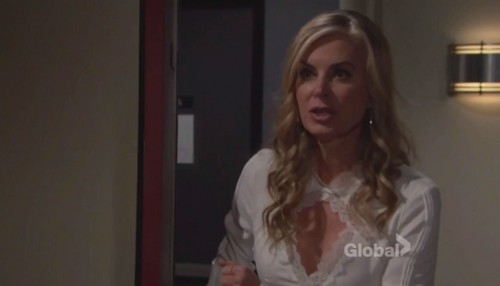 Of course, that won’t stop rivals from trying to win Ravi over. Ashley will have to keep an eye on him as well as Jabot’s enemies. Meanwhile, Jack (Peter Bergman) will hope to figure out what Gloria (Judith Chapman) is proposing. She said she could help Jack get his hands on Fenmore’s, but he isn’t sure what to make of the offer. 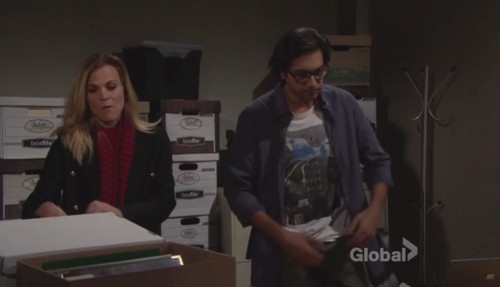 Once Gloria describes her plan, Jack will ask what’s in it for her. He’ll assume there’s a catch of some sort. Gloria will note that she’d like a small role in the company. Jack will raise an eyebrow at that stipulation. He’ll wonder just how small this position will really be. Jack wants to know what he’s getting himself into before he makes a deal.

Elsewhere, Lauren (Tracey E. Bregman) will finally decide that she can’t keep her secret from Michael (Christian LeBlanc) anymore. Now that Gloria has the info, it probably feels wrong to continue the lies. Lauren will determine that it’s time to come clean about the dire situation. 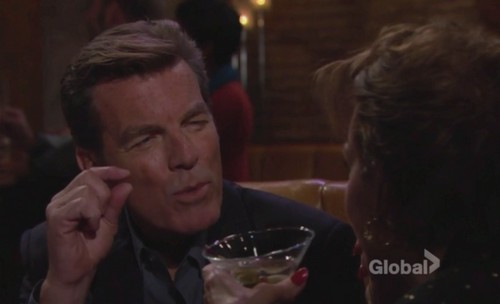 Monday’s Y&R preview video shows Lauren saying, “I haven’t been honest with you.” Michael will look concerned by the news. He might assure Lauren that she can tell him anything. They’ve been working on that ever since their reconciliation.

Lauren will spill the whole story and explain how things got so bad. She’ll claim she didn’t want to disappoint Michael or add to his worries. Michael may understand on some level, but he’ll still be incredibly hurt. 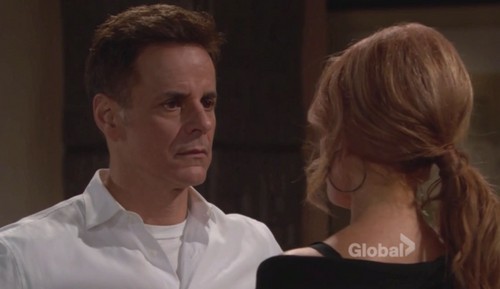 When he realizes Gloria is in the loop, Michael will be in even more pain. He might believe Lauren only told the truth because the secret couldn’t be contained much longer. This is going to be a big hurdle for Michael and Lauren.