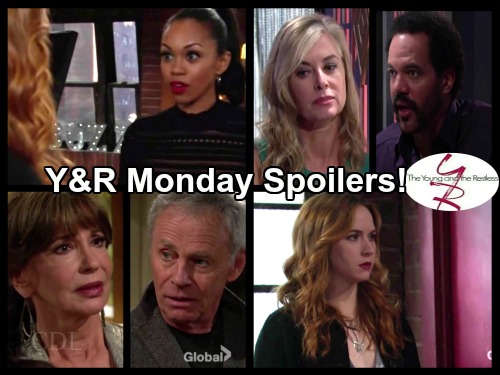 The Young and the Restless (Y&R) spoilers for the new episode Monday, March 20, tease that Ashley (Eileen Davidson) will meet with Neil (Kristoff St. John) to discuss a business proposition. After she explains the offer, Neil will have an interesting reaction. He’ll suggest that he knows exactly what’s going on here.

Thursday, March 20’s preview video shows Neil saying, “I think you want to take over and would like for me to go behind your brother’s back and help you pull it off.” Ashley will probably admit that’s true. She would definitely like the opportunity to step up at Jabot. Jack’s (Peter Bergman) ruthless tactics are getting out of control. 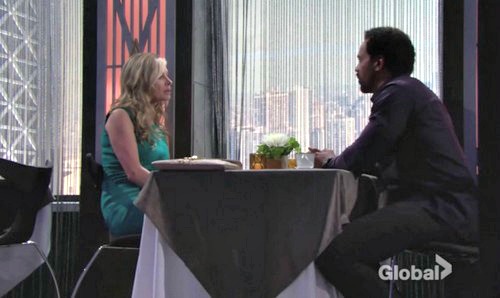 Of course, Neil may be torn about helping Ashley. He considers Jack a close friend and he won’t approve of the plan for his downfall. Nevertheless, Ashley may point out that Jack isn’t acting like himself these days. If they want to get the old Jack back, they may have to strip him of his power.

Besides, Ashley will undoubtedly make this worth Neil’s while. The Young and the Restless spoilers ask if Neil will get on board with Ash’s plot? Y&R fans will be curious about what’s in store. In the meantime, Hilary (Mishael Morgan) will seek assistance from a surprising source. She’ll believe she has no choice but to turn to Mariah (Camryn Grimes). 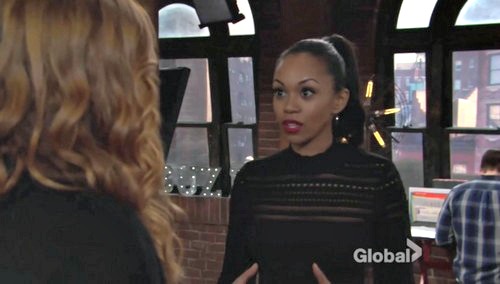 Mariah may not be sure she should grant Hilary’s request. She won’t like the idea of manipulating Devon to give Hilary what she wants. Hilary might promise that she’ll keep Mariah on as her cohost if she pitches in. If Mariah declines, Hilary could try to make her job as miserable as possible. 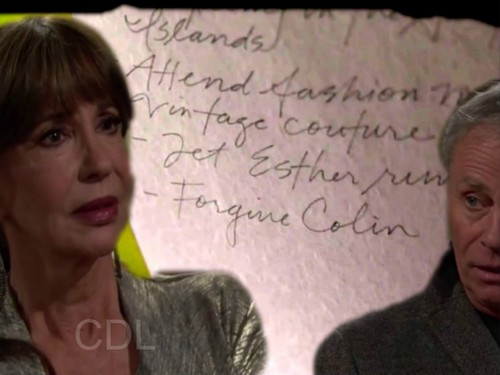 It sounds like Mariah will have a tough decision to make. Meanwhile, Colin (Tristan Rogers) will look at a list Jill (Jess Walton) hands him. When he spots “forgive Colin” on it, he’ll be intrigued. Colin will wonder if this is really something Jill can do.

Jill will have tears in her eyes as she prepares to reply. There’s a good chance she wants to reconcile. It’s going to be difficult to let go of the past, but Jill realizes it’s her best shot at happiness. We’ll give you updates as more news comes in. Stay tuned to Y&R and don’t forget to check CDL often for the latest Young and the Restless spoilers, updates and news. Come and join in the LIVE discussion on our Facebook Page!