The Young and the Restless Spoilers: Billy Breaks Phyllis’ Heart – Tessa Battles a Jerk – Hilary Gets Honest with Jordan

BY Heather Hughes on May 11, 2017 | Comments: 8 comments
Related : Soap Opera, Spoiler, Television, The Young and the Restless 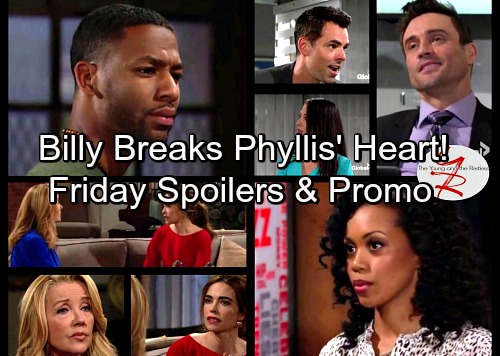 The Young and the Restless (Y&R) spoilers for Friday, May 12, tease that Sharon (Sharon Case) will express some hesitation after her kisses with Scott (Daniel Hall). He’ll wonder if she wants to slow their romance down a bit. They’ll talk about how Sharon’s divorce hasn’t been finalized yet. Scott will assure Sharon that he wants to get to know better. They’ll head off to The Underground for a date.

Noah (Robert Adamson) will seat Scott and Sharon at a booth. While they get settled in, Tessa (Cait Fairbanks) will get up on stage to perform. The Young and the Restless spoilers say a heckler will cause a commotion. The rude customer will also approach Tessa after her performance, but she’ll shove him off and deliver a swift kick. Noah will pitch in by throwing this disrespectful guy out. 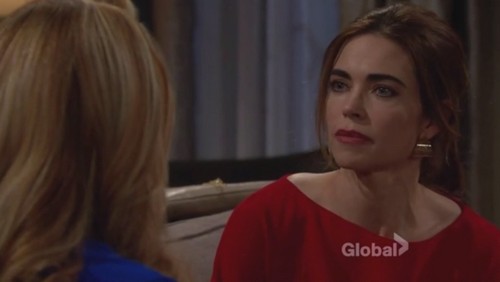 Elsewhere, Hilary (Mishael Morgan) will try to fix things with Jordan (Darnell Kirkwood). She’ll confess that Devon’s (Bryton James) new relationship is making her a little crazy. This divorce has been tougher to deal with than she anticipated. Hilary won’t know if she’s spiteful or just pining for her ex.

Jordan will commend Hilary for her honesty. He’ll give her a kiss as they get their romance back on track. After he gets called to Brash and Sassy, Mariah (Camryn Grimes) will walk in. Hilary will gloat about her upcoming trip with Jordan. She’ll state that they’re going to Hollywood together. 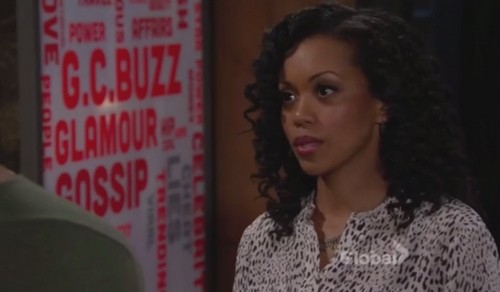 At the office, Billy (Jason Thompson) will give Juliet (Laur Allen) and Cane (Daniel Goddard) updates on the rushed trip. They need to get to Los Angeles ASAP because of a problem that came up. Juliet will notice Cane’s edginess. She’ll ask why he’s uncomfortable whenever she interacts with Billy.

Later, Y&R spoilers hint that Lily will observe the tension. She’ll start asking questions, but Cane will suggest that the hurried trip is just stressing him out. Across town, Victoria (Amelia Heinle) will open up to Nikki (Melody Thomas Scott). She’ll feel like California will provide a good opportunity to win Billy back. Victoria will mention the great family activities she has in store. 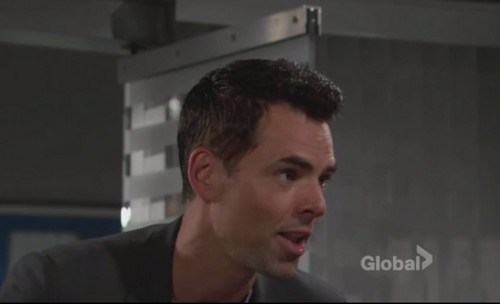 At Phyllis’ (Gina Tognoni) place, she’ll work hard on a chocolate soufflé. After watching an instructional video and splattering the ingredients, Phyllis will manage to come up with a masterpiece. She’ll be anxious to show it off to Billy, but unfortunate news awaits. When Billy stops by, he’ll insist that he has to leave immediately.

Once Billy heads out, The Young and the Restless spoilers say Phyllis will slam the door. Her soufflé will quickly cave in. Will her bad luck continue or will it be Victoria’s turn soon? We’ll keep you posted as other details emerge. Stay tuned to Y&R and don’t forget to check CDL often for the latest Young and the Restless spoilers, updates and news. Please come and join in the LIVE discussion on our Facebook Page!