The Young and the Restless Spoilers: Billy Pumps Ashley for Info – Gloria Puts Ravi in His Place – Colin Stirs Up More Trouble

BY Heather Hughes on March 14, 2017 | Comments: one comment
Related : Soap Opera, Spoiler, Television, The Young and the Restless 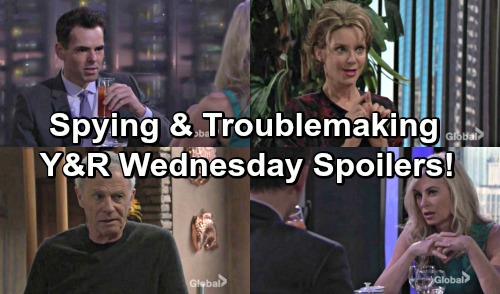 The Young and the Restless spoilers for the Wednesday, March 15, new Y&R episode tease that Billy (Jason Thompson) will pump Ashley (Eileen Davidson) for work-related info. He’ll suggest that the grapevine tells him there’s a power struggle going on a Jabot. Ashley might reply that it’s none of Billy’s business. He should just worry about pleasing Victoria (Amelia Heinle) at Brash and Sassy.

However, it’s clear that Ashley would like more control at her family’s company. Jack (Peter Bergman) had better watch his back if he wants to stay in charge. Ashley could easily make some strategic moves to secure her brother’s spot at the company. 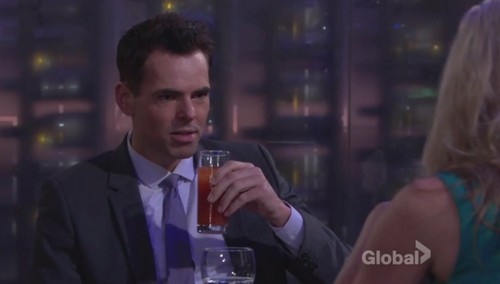 It seems Gloria (Judith Chapman) suspects that Ashley could rise to the top. She’s also aware of Ravi’s (Abhi Sinha) intense crush on Ash. Their alliance could prove to be a threat. Y&R spoilers say Gloria will attempt to put Ravi in his place. She’ll hope that she can keep her lover and saviour, Jack, on the throne indefinitely.

The Young and the Restless preview video for the new episode shows Gloria declaring, “I know that you and Ashley have a special connection, but let’s not forget who the big boss is around here.” Gloria understandably wants to keep things just the way they are. The Young and the Restless spoilers say that if Ashley takes over, you can bet that she’ll try to kick Gloria to the curb. 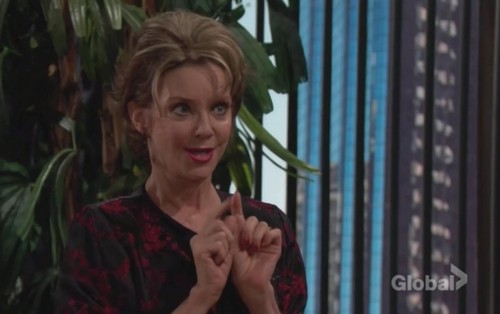 Nevertheless, Jack will feel the need to create some boundaries in Wednesday’s Y&R episode. His relationship with Gloria is getting a little too complicated. Jack will tell Gloria exactly where they stand. She’ll have to play by his rules or she could find herself in a real mess.

Of course, Gloria is always a rulebreaker. It’s doubtful that she can stick to whatever plan Jack comes up with. Meanwhile, Reed (Tristan Lake Leabu) will engage in some problematic behavior. Victoria will once again have trouble steering her son in the right direction. The Young and the Restless fans can expect some heated conflict. 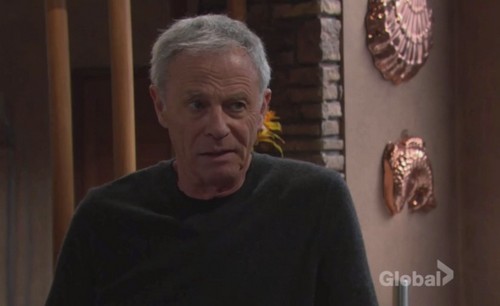 Speaking of conflict, The Young and the Restless spoilers say there should be a lot of it at Cane (Daniel Goddard) and Lily’s (Christel Khalil) place. When Cane returns from his trip, Lily may rant about him being so unavailable after his business meetings. Likewise, Cane will be a bit perturbed when he realizes Jordan (Darnell Kirkwood) slept on the sofa.

Colin (Tristan Rogers) will be quick to stir the pot. It’s what he does best! After a conversation with his old man, Cane will be even more concerned about the Lily and Jordan’s growing bond. We’ll give you updates as other news comes in. Stay tuned to Y&R and don’t forget to check CDL often for the latest Young and the Restless spoilers, updates and news. Come and join in the LIVE discussion on our Facebook Page!