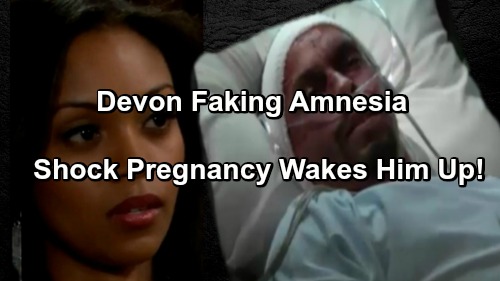 The Young and the Restless (Y&R) spoilers have revealed that Devon Hamilton (Bryton James) is going to end up broke this coming year according to hints from Y&R Head Writer Sally Sussman and we can assume it will have everything to do with his scheming wife, Hilary Curtis (Mishael Morgan).

Upon learning Hilary was the one who made Mariah Copeland (Camryn Grimes) humiliate herself by falling flat on her face live on TV, Devon drove recklessly after spending the evening drinking alcohol, causing him to crash and wind up in the hospital. When he woke from his coma this week, it appears he has no recollection of the events leading up to his accident; the question is whether he is faking the amnesia or not. 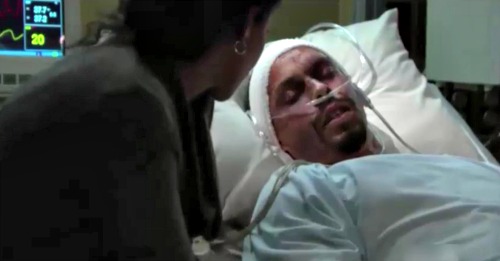 The Y&R’s Devon made his feelings very clear when he left Newman Towers that night; he was disgusted with Hilary and felt very ashamed for standing by such an evil person. We cannot help but hope he is simply toying with Hilary right now.

With her being all emotional, declaring her undying love and admitting her actions, now is the time Devon could make her sign papers out of guilt, giving Mariah control of GC Buzz. Mariah would never sue her dear friend, Devon but she would have no problem claiming she is to force Hilary’s hand; one more scheme by Devon to destroy Hilary.

The only way Devon could possibly go broke is by giving his entire inheritance away before Hilary changes her mind and tries to claim everything for herself. Devon has invested a lot of his money into his wife, including buying the entire building they live in; he could survive on income from that, the GCAC and GC Buzz, but once his money is gone you can be sure Hilary is ready to swoop down on her next victim. 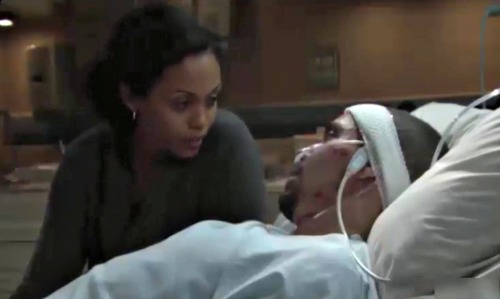 The Young and the Restless has taken a long time showing us how truly evil Hilary really is, even suggesting Jack Abbott (Peter Bergman) could be her next target, but we also have to consider that Hilary may end up having an ace up her sleeve.

Hilary and Devon have been intimate right up until the night of the benefit and she could possibly end up pregnant, what will Devon do then? Devon was in love and totally devoted to his wife, always excusing her behavior, how will he react upon learning she is carrying his child? Could this be one more scheme in a desperate effort to hold onto Devon?

The Young and The Restless – Steaming Things Up… by cbs