BY Heather Hughes on November 9, 2017 | Comments: one comment
Related : Soap Opera, Spoiler, Television, The Young and the Restless 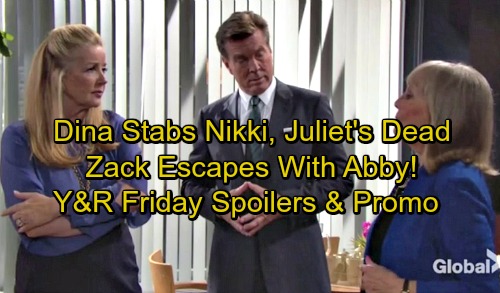 The Young and the Restless (Y&R) spoilers for Friday, November 10, tease that Cane (Daniel Goddard) and Lily (Christel Khalil) will process the news that Juliet (Laur Allen) didn’t make it. The baby survived, but there were complications. Cane’s son still isn’t out of the woods, but he’ll try to hold out hope.

Lily will suggest a name for the little fella. She’ll think Sam would be a great tribute to Cane’s deceased sister, Samantha. Cane will get on board with the idea and note that he’s the only person his child has. While Cane frets about the future, the dating app party will kick off. Nikki (Melody Thomas Scott) will keep up her marriage charade to help Victor (Eric Braeden) out. 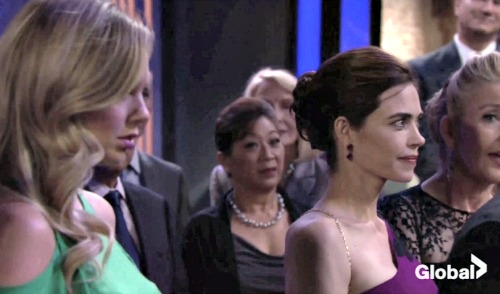 The Newman family will gather for some photos, but it won’t take long for conflict to break out. Abby (Melissa Ordway) will be outraged by Victor’s COO announcement. Victoria (Amelia Heinle) will quickly rub it in, but Abby’s problems are just beginning.

Meanwhile, Y&R spoilers say Noah (Robert Adamson) will get an intriguing offer. Since Nick (Joshua Morrow) doesn’t want to rebuild The Underground, Victor will think Noah should run Top of the Tower. Victoria will encourage Noah to take advantage of this opportunity. After mulling it over, Noah will decide it’s a good move. 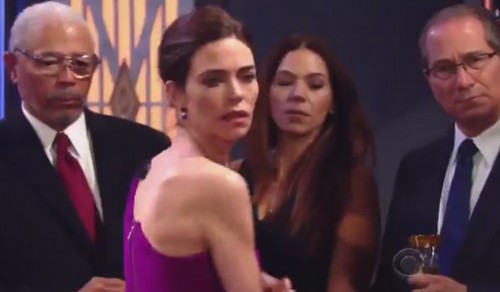 Nearby, Crystal (Morgan Obenreder) will go through with Scott’s (Daniel Hall) plan. She’ll confront Zack at the shindig and hope it makes a difference. Sharon (Sharon Case) and Scott will be there to back Crystal up, but Zack will deny the sex ring accusations. When he starts tossing around threats, Scott will ask why. He’ll contend that Zack shouldn’t be so upset if there’s nothing to hide.

Abby will want Zack to explain what they’re talking about. He’ll brush off the lies and give Scott a warning. The Young and the Restless spoilers say Crystal will eventually march to the front of the room and grab the microphone. She’ll declare that Zack has been using the dating app to run a sex ring. Crystal will shout that Newman Enterprises is funding it. Gasps and shuffling will be heard in the crowd.

Zack will manage to get Abby into the elevator with him as Scott dashes over. The doors will close just before Scott catches them. Dina (Marla Adams) will rant about this sleazy behavior being the norm in the Newman family. When Nikki snaps back, Dina will pull a knife out of her purse. She’ll promptly plunge it into Nikki!