The Young and the Restless Spoilers: Dylan Gets a Glimpse of Fisk’s Power – Devon Wants a Family, Mariah’s Slip Sets Up a Shock

BY Heather Hughes on January 17, 2017 | Comments: one comment
Related : Soap Opera, Spoiler, Television, The Young and the Restless 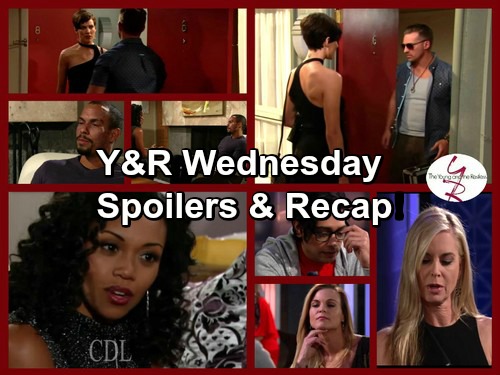 The Young and the Restless (Y&R) spoilers for Wednesday, January 18, tease that Dylan (Steve Burton) will contact Paul (Doug Davidson). He’ll bring up the call he received from Christine (Laralee Bell) and the predicament it caused. Paul will urge Dylan to stay focused on his mission. He’ll promise that Sharon (Sharon Case) is OK and they’ll disconnect.

When Kevin (Greg Rikaart) hears about the call, he’ll realize it wasn’t Christine who jeopardized the case. Paul will blow his top when he learns Sharon may have blown Dylan’s cover. Later, Alex (Jess Webb) will take Dylan to a warehouse. He’ll finally have a chance to meet Fisk (Scott Speiser). 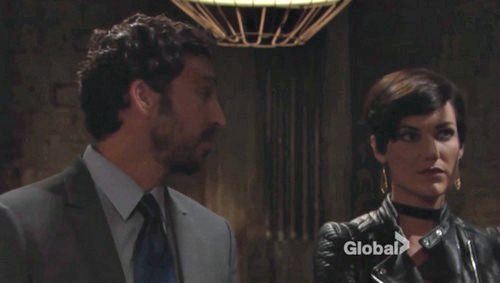 Dylan will undoubtedly get nervous when he spots a man who’s already been gagged and beaten. Fisk will suggest that his arrangement with “Derek” will be more pleasant. Back in Genoa City, Michael (Christian LeBlanc) will give Lauren (Tracey E. Bregman) updates on a possible investor. He’ll mention that his old pal, Craig (Kristian Kordula) wants to sink some money into Fenmore’s.

After Lauren makes her pitch, Craig will agree to invest. Lauren will feel like something is finally going her way, but Gloria (Judith Chapman) poses a threat. She’ll stop Craig before he heads out and they’ll swap numbers.

Michael will quickly take action. He’ll delete Craig’s number from Gloria’s phone and warn her to stay out of this. Meanwhile, Phyllis (Gina Tognoni) will try to reach an agreement with Ravi (Abhi Sinha). She’ll want his help with her new platform, but Ravi won’t want to leave Jabot. 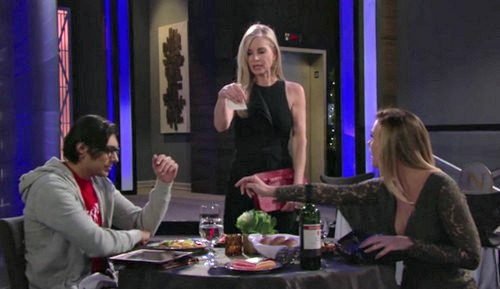 Phyllis will point out that Ravi can do both if he’d like. Y&R spoilers say Ashley (Eileen Davidson) will walk over and rip into Phyllis for poaching. Ravi will squirm during their faceoff. Once Ashley is gone, Phyllis will suggest that Ravi should find her if he wants to make a deal.

At Jabot, Ashley will angrily pack up Ravi’s stuff. He’ll return and assure her that he doesn’t want to leave the company. Ravi will express how much he values Ashley’s approval. He’ll beg Ash to forgive him for making her question his loyalty.

Other Young and the Restless spoilers say Devon (Bryton James) will surprise Hilary (Mishael Morgan) by revealing his desire for a baby. Hilary will be on board with the idea. Later, Mariah (Camryn Grimes) will be stunned when Hilary doesn’t hold her responsible for the crash. 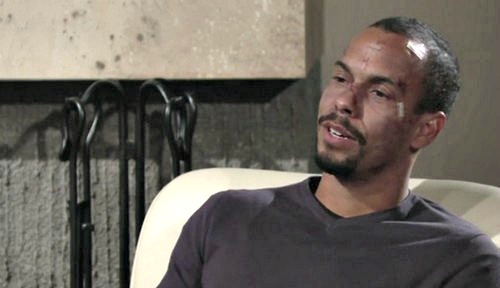 Hilary will share the news about starting a family. She’ll hint that they should all just move forward. When Mariah brings up the derailed auction, Hilary will assure her that they worked through the drama. Once Hilary steps out of the room, Devon will show up. Mariah will quickly offer an apology for any part she played in his accident.

It sounds like Mariah is going to stir up plenty of trouble. Everything will come rushing back for Devon on Thursday. The Young and the Restless fans will want to check out the confrontation ahead. Stay tuned to Y&R and don’t forget to check CDL often for the latest Young and the Restless spoilers, updates and news. Come and join in the LIVE discussion on our Facebook Page!