The Young and the Restless Spoilers For The Next 2 Weeks: Tessa’s Secret Past Revealed – Sharon in Trouble – Mariah Torn 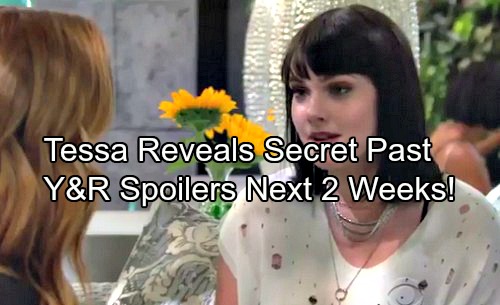 The Young and the Restless (Y&R) spoilers for the next two weeks tease that more drama is brewing in Genoa City. During the week of August 7-11, Victoria’s (Amelia Heinle) judgment will be questioned. Billy (Jason Thompson) will feel like she behaved recklessly by sleeping with Ben Hochman (Ben Hermes). It’s risky to hook up with a potential investor and the guy has proven that he’s slime.

Victoria will defend her actions, but she’ll realize that she could use some advice. She’ll choose to get the female perspective by talking to Chelsea (Melissa Claire Egan). Meanwhile, Sharon (Sharon Case) will also find herself in need of some help. She’ll end up in a perilous situation this week and it could involve the sex ring Crystal’s (Morgan Obenreder) stuck in.

Later, Nick (Joshua Morrow) will take steps toward true independence. Victor has made it clear that Nick is no longer a Newman and can’t mooch anymore. Y&R spoilers say Nick will try to show that he can stand on his own two feet. Victor won’t be pleased if Nick proves he’s self-sufficient.

Elsewhere, Mariah (Camryn Grimes) will struggle with her feelings. She wants to focus on Devon (Bryton James), but she’ll continue to feel drawn to Tessa (Cait Fairbanks). The Young and the Restless spoilers hint that things could get more complicated as Tessa’s past comes to light. 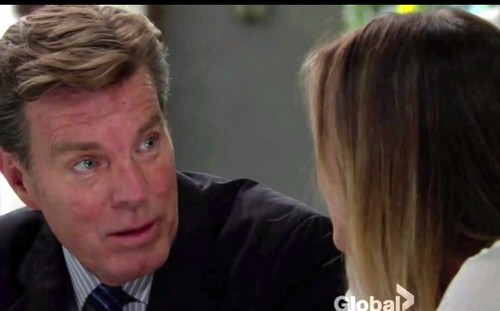 In fact, Tessa’s history will come up during the week of August 14-18. She’ll confide in someone, which means this could be a chance for Mariah and Tessa to grow closer. As their bond develops, it may be tough for them to contain their desires.

Other Young and the Restless spoilers say Victor (Eric Braeden) will stun his family by making some major changes. He’ll let them know that he’s following his own path now. Victor is tired of trying to please his ungrateful relatives. If they want respect, they’ll have to earn it. 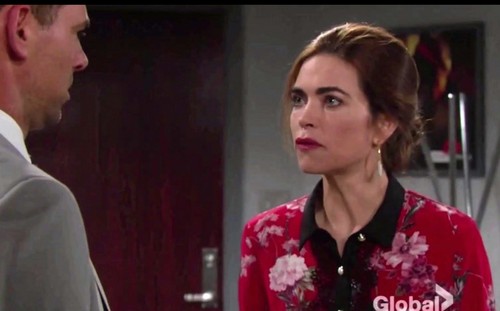 There’s still some anger within the Newman clan, but Victor intends to do his own thing. He’s ready to pursue some new goals and they could easily spell trouble. Across town, Cane (Daniel Goddard) will make a desperate move. He’ll do everything in his power to fix his family, but that task could prove difficult.

Finally, Victoria will face some harsh criticism. Y&R spoilers say Billy will put his issues aside as he rushes to Victoria’s defense. Phyllis (Gina Tognoni) is going to be peeved if this keeps up. We’ll give you updates as other news comes in. Stay tuned to the CBS soap and don’t forget to check CDL often for the latest Young and the Restless spoilers, updates and news. Sign up for our newsletter by clicking here and get the latest breaking soap news!