The Young and the Restless Spoilers For The Next 2 Weeks: Victor’s Revenge – Mysterious Stranger – Victoria’s Horrible Shock 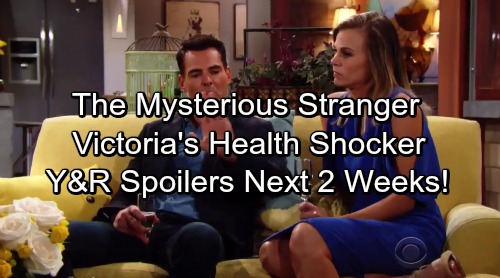 The Young and the Restless (Y&R) spoilers for the next two weeks tease that romance will be front and center except for The Moustache who will be working devilishly hard at obtaining revenge. Love will bloom for some Genoa City residents, but some relationships will be on the verge of destruction. The week of July 31-August 4 will bring warm moments for Abby (Melissa Ordway) and Zack (Ryan Ashton). Their connection is developing nicely, but Abby could be making a big mistake.

Meanwhile, Nick (Joshua Morrow) and Chelsea (Melissa Claire Egan) will enjoy some lovemaking. Unfortunately, a phone call will interrupt their hot encounter. Nick may have to go handle a crisis. Someone mysterious will also lurk around town this week. Chelsea and Nick will be intrigued when they run into this stranger. 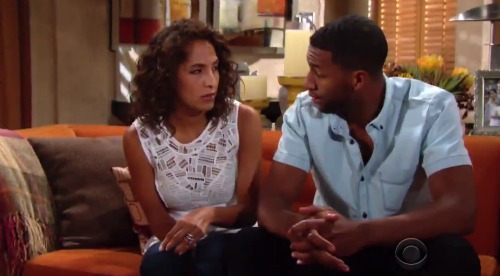 Other Young and the Restless spoilers say Cane’s (Daniel Goddard) role in the Hollywood drama will come out. Lily (Christel Khalil) will learn about the blackmail plot that drained $25,000 from the twins’ school account. Y&R fans can expect Lily to rip into Cane with everything she’s got. She’s had enough of her husband’s shady behavior.

Speaking of shady behavior, Victor (Eric Braeden) will make some sneaky moves this week. A power play could start a war if he’s not careful. Y&R spoilers say Victor will also grow concerned about his daughter. Victoria (Amelia Heinle) recently got a clean bill of health, but did something go by undetected? 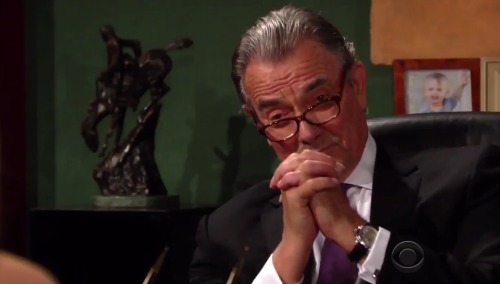 The week of August 7-11 will deliver more issues for Victoria. She’ll face a health shocker that has the potential to change her life. Victoria will likely want Billy’s (Jason Thompson) support, but Phyllis (Gina Tognoni) isn’t going to approve. The Young and the Restless spoilers hint that Phyllis and Victoria’s feud could rev up as Phyllis pulls a sneaky plan.

Across town, Ashley (Eileen Davidson) will have something important to ask Neil (Kristoff St. John). She fears that Dina (Marla Adams) might be depressed now that she’s not working. Ashley may feel like Dina could use a sense of purpose. Will she ask Neil to make Dina feel needed again? 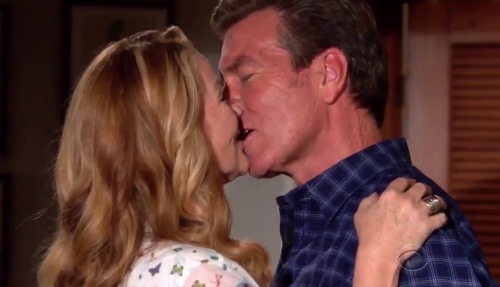 Regardless, Ashley has probably made the wrong assumption. Dina seems to be exhibiting symptoms of dementia, so we may see additional signs as the weeks go by. Elsewhere, Victor will show off his power. Nick (Joshua Morrow) will be blindsided when the great Victor Newman strikes back. 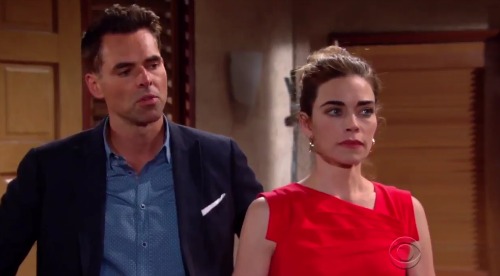 Finally, Sharon (Sharon Case) will get another alarming phone call. There’s a good chance it’ll be Crystal (Morgan Obenreder) on the other end of the line. Will Sharon help Crystal get out of the prostitution ring she’s trapped in? Sharon’s efforts could lead to some major revelations on the CBS soap.

The next two weeks will bring plenty of excitement. Y&R fans won’t want to miss all these hot plots. We’ll give you plenty of updates as more news comes in on Y&R storylines. Stay tuned to the CBS soap and don’t forget to check CDL often for the latest Young and the Restless spoilers, updates and news.

We’re turning up the HEAT next week on #YR! 🔥🔥🔥🔥 pic.twitter.com/wzMTroCXvx