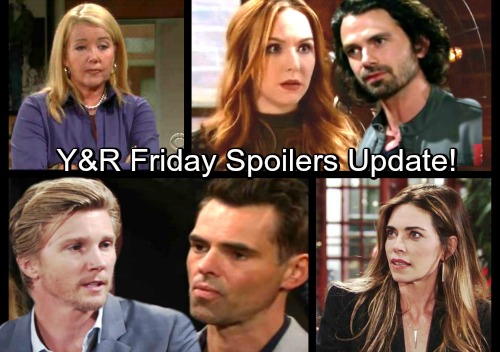 The Young and the Restless (Y&R) spoilers for Friday, December 15, tease that Cane (Daniel Goddard) and J.T. (Thad Luckinbell) will have a conversation about their teens. When J.T. hears that Reed’s (Tristan Lake Leabu) dating Mattie (Lexie Stevenson), he’ll admit he’s having trouble connecting with his son. Cane will decide they’ll just have to trick Reed into hearing J.T. out.

Mattie will get a phone call from Cane a little later. He’ll ask her to bring Reed with her to lunch, but things won’t go as planned. Reed will be outraged when he realizes it’s a setup. Nevertheless, he’ll agree to sit down for a chat with J.T. The Young and the Restless spoilers say Reed and J.T. will get some of their issues out in the open. 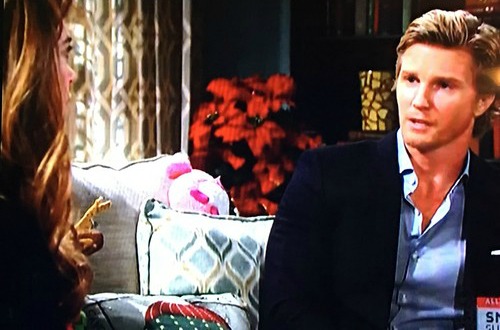 Meanwhile, Victoria (Amelia Heinle) will share the news of Nikki’s (Melody Thomas Scott) guilt with Michael (Christian LeBlanc). They’ll agree this could get ugly. Billy (Jason Thompson) will be brought up to speed later. He’ll think Victoria should do whatever it takes to get J.T. to drop the audit. Victoria will assume Billy means seduce J.T. to get what she wants.

Later, Victoria will invite J.T. to have a drink with her at home. She’ll drop some hints about J.T. making this mess go away. Victoria will eventually admit that Nikki transferred the money during her battle with Victor (Eric Braeden). She’ll plead her mom’s case, but J.T. will insist that consequences are coming. 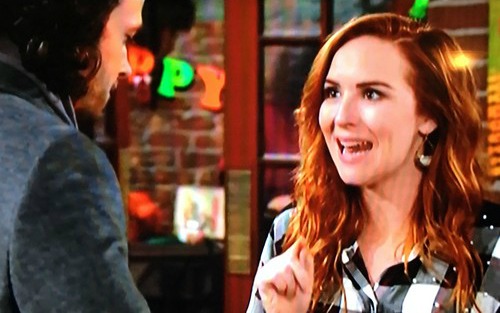 At Crimson Lights, Mariah (Camryn Grimes) will give Scott (Daniel Hall) a dirty look as she talks about being faithful to a particular kind of coffee. She won’t be happy when he exits with Abby (Melissa Ordway). Afterward, Abby will get into an argument with Scott. He’ll be sorry if he led her on, but he intends to stand by Sharon (Sharon Case). Abby will shout that Scott just needs to stay away from her.

Back with Mariah, she’ll have some negative things to say about Scott. Y&R spoilers say Sharon will accuse Mariah of being jealous of her romance. Later, Mariah will tell Scott she knows he locked lips with Abby. She’ll agree to keep her mouth shut, but she’ll warn that she’ll be watching him. 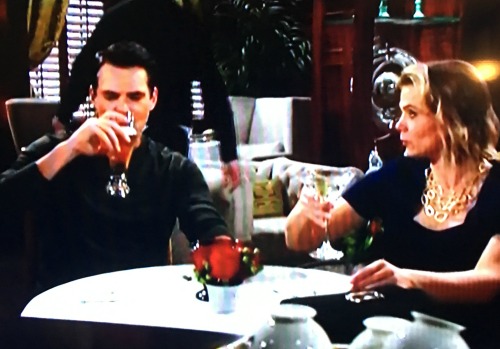 Across town, Billy will feel like J.T.’s getting too flirty with Phyllis (Gina Tognoni). He’ll put a stop to it and bicker with J.T. a bit. It’s clear that Billy and J.T. are going to make life difficult for each other.