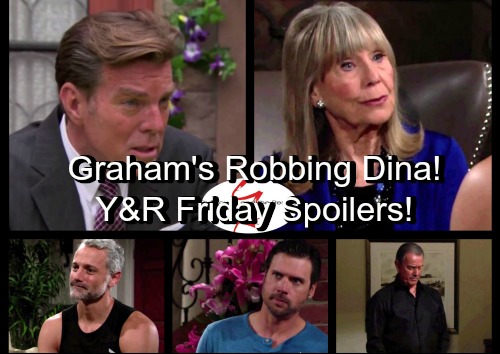 The Young and the Restless (Y&R) spoilers for Friday, June 23, tease that Dina (Marla Adams) will urge Graham (Max Shippee) to print some important documents. She’ll insist that she should’ve signed them before they left Europe. It looks like Dina intends on leaving her great wealth to Graham. He’ll undoubtedly be happy that Dina is willing to take care of this paperwork ASAP.

Of course, Jack (Peter Bergman) isn’t giving up just yet. He doesn’t like the idea of Graham using Dina, but he can’t seem to get through to her. Will something happen that changes Dina’s mind? We’ll have to wait and see, but it appears Gloria (Judith Chapman) may stir up some trouble next week. 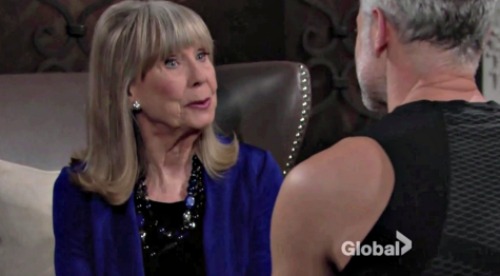 In the meantime, Jack will help a friend in need. Y&R fans know that Nikki (Melody Thomas Scott) has been battling severe MS symptoms. The stress of the concert is really taking a toll. Nevertheless, Nikki doesn’t want to bail on her promise. She told Victor (Eric Braeden) she’d perform and the plan is moving forward.

The Young and the Restless spoilers say Jack will notice that Nikki isn’t feeling well. She’ll try to act like everything’s fine, but Jack will push her to admit she’s facing some obstacles. Nikki will likely open up about the concert drama and how it’s affected her health. 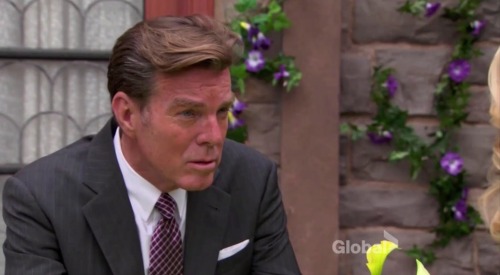 Jack will suggest that he can see what this is doing to Nikki. He’ll probably encourage her to back out of the performance. Nikki will fear she’s going to disappoint everyone by bailing, but Jack might argue that she has to focus on her own well-being.

The Young and the Restless spoilers state that Nikki will shock Victor in Friday’s episode, so maybe that means she’ll go along with Jack’s suggestion. Whatever the case, Victor will have to deal with more family issues soon. He just wants to earn the forgiveness of his wife and kids, but that task has been quite difficult. 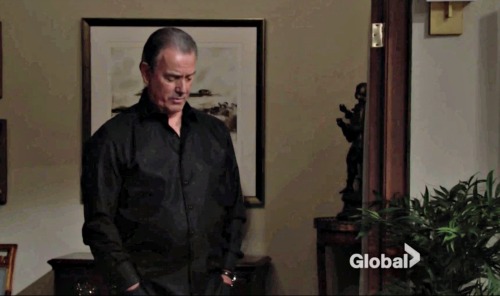 Victor will tell Nick (Joshua Morrow) that he can’t avoid his father forever. He’ll hope he can start the reconciliation process, but Nick may put up a fight. Since Victor’s actions ultimately led to Adam’s (Justin Hartley) alleged death, this has definitely been tough for Nikki, Nick and Victoria (Amelia Heinle) to get past.

It sounds like some tense moments are on the way. We’ll give you updates as other news comes in. Stay tuned to Y&R and don’t forget to check CDL often for the latest Young and the Restless spoilers, updates and news.