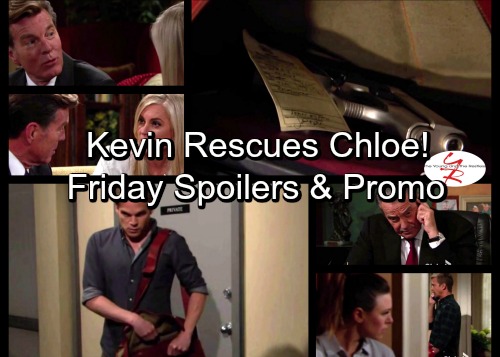 The Young and the Restless (Y&R) spoilers for Friday, June 9, tease that Kevin (Greg Rikaart) will push Paul (Doug Davidson) to give him info on Dr. Harris. Paul will simply urge Kevin to move on and enjoy his trip. After he exits, Kevin will gaze at a gun in his satchel.

In the park, Kevin will ditch the evidence tag that was wrapped around the weapon. He’ll pull out his laptop and type in Dr. Harris’ address. Once Victor (Eric Braeden) shows up, Kevin will hide what he’s doing and dodge questions. After Victor takes off, Kevin will finish his Internet search and begin his journey.

At Dr. Harris’ house, Chloe (Elizabeth Hendrickson) will listen in on the doc’s phone call with Victor. Dr. Harris will insist that he’s going to devote himself to Chloe’s treatment. Chloe will tell Dr. Harris that she feels safe there, but she’ll quietly mutter that Kevin had better hurry. 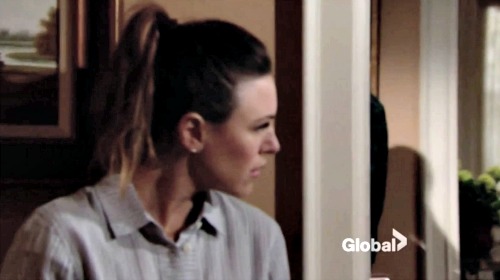 Back in Genoa City, Ashley (Eileen Davidson) will suggest that she can keep Graham (Max Shippee) busy while Jack (Peter Bergman) gets answers from Dina (Marla Adams). Y&R spoilers state that Ashley will ask Graham to pop over for some old photos. When he shows up, Ash will offer him some tea and they’ll talk about how protective he is of Dina.

Graham and Ashley will exchange apologies for the previous confrontation. The Young and the Restless spoilers say Ashley will drop a hint about Dina’s estate. Graham will promise that he has no need for it since he’s being paid so well. He’ll fire back that Ashley seems awfully interested in Dina’s wealth.

Graham will note that Dina just wanted to see her family one more time. Ashley will be confused by the statement, but Graham will cover and rush off. Elsewhere, Jack will press Dina to reveal what’s going on. She’ll nearly come clean, but she’ll change her mind at the last second. Dina will contend that they must part ways for now. 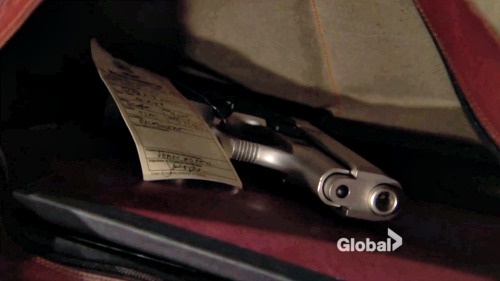 Graham will arrive right before Jack exits. He’ll offer reassurance as Dina discusses how tough all of this is. Graham will point out that it’s best if her family doesn’t know. He’ll vow to stay by her side no matter what. Once Jack comes home, he’ll fill Ashley in on Dina’s strange behavior.

At The Underground, Nikki (Melody Thomas Scott) will freak out over her upcoming concert. A concerned Tessa (Cait Fairbanks) will call Victor (Eric Braeden), but he’ll argue that she needs to help Nikki become confident. When Nikki catches Tessa speaking with Victor, she’ll seem uneasy. 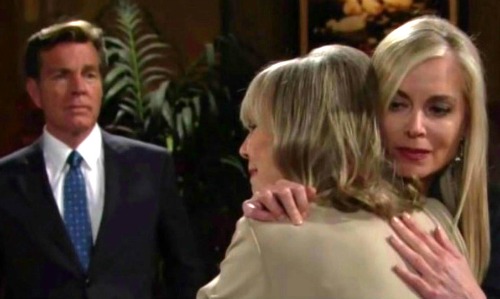 Meanwhile, Scott (Daniel Hall) will inform Sharon (Sharon Case) that he intends on resigning from Newman Enterprises. Once Noah appears, he’ll talk to his mom about Tessa’s struggles. Sharon will fear that Noah is trying to rescue another damsel in distress, but he’ll defend his new romance.