BY Kinsley Goldman on September 13, 2017 | Comments: one comment
Related : Soap Opera, Spoiler, Television, The Young and the Restless 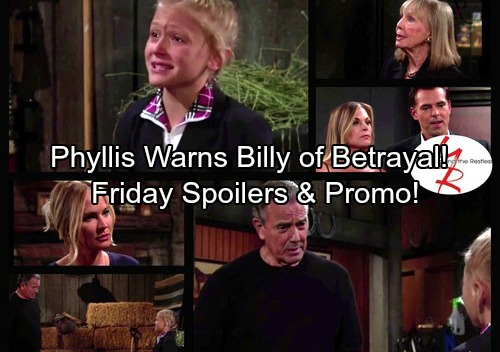 The Young and the Restless (Y&R) spoilers for Friday, September 15, tease that Phyllis (Gina Tognoni) and Billy (Jason Thompson) will continue to clash over Victoria (Amelia Heinle). Jack (Peter Bergman) doesn’t think the Brash and Sassy team is making this a fair fight. Phyllis suspects he’s right about that, but Billy will feel like his girlfriend is making this personal.

Billy’s bond with Victoria gives Phyllis a good reason to target her, but this is about Jabot and Fenmore’s as well. Jack expects Phyllis to come through for him, so she’ll get as much info as she can. Billy will remain defensive, but they’ll try to work through their issues. Unfortunately, Dina (Marla Adams) could stir up another round of trouble. 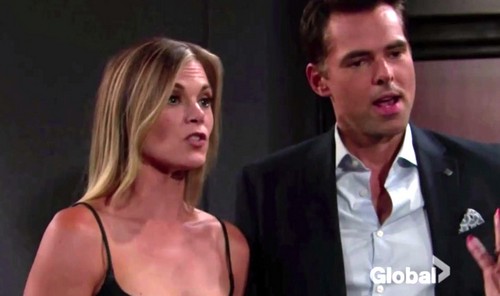 The Young and the Restless spoilers say Dina will give Billy some advice about his current love interest. She’ll insist that Phyllis will betray Billy just like she betrayed Jack. Dina won’t think Phyllis is capable of being loyal. However, Billy is the one who’s more likely to cheat. After all, Victoria is practically throwing herself at him right now. She’d be happy to take her ex to bed anytime.

Meanwhile, Nikki (Melody Thomas Scott) will deal with the usual family drama. She’ll open up to Sharon (Sharon Case) about her never-ending problems. Sharon will assume that Victor is to blame and Nikki will confirm it. She’ll wish she could at least ease the tension between Victor and Nick (Joshua Morrow), but that will prove difficult. 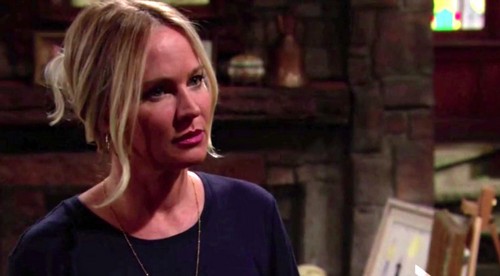 Sadly, Nikki will only add to the conflict. It looks like she’ll offer Faith (Alyvia Alyn Lind) clarification on what happened between Nick and Victor. Nikki might point out that Victor ordered Nick off the ranch. It wasn’t Nick’s choice to turn Faith’s life upside down, but he tried to make the best of a bad situation.

Nikki could also confess that Victor started all this, but she’ll be sure to stay tight-lipped about anything specific. Of course, Nikki might suggest that Nick made his own mistakes. She’ll just want Faith to understand that there are two sides to the story. 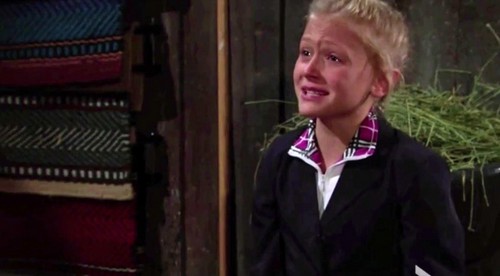 Y&R spoilers say Faith will be hurt by Victor’s deception. She’ll confront her grandfather about his lies and how mean he was to Nick. Victor will hope to calm Faith down, but that could be tough. If Victor feels his granddaughter has turned against him, Nick will undoubtedly pay the price.