BY Heather Hughes on November 17, 2017 | Comments: one comment
Related : Soap Opera, Spoiler, Television, The Young and the Restless 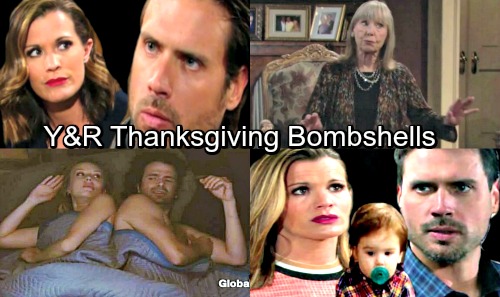 The Young and the Restless (Y&R) spoilers tease that a few Genoa City residents will keep terrible secrets. Honesty has never been easy in this town and that means Y&R fans always get some big reveals. We’re building to some major bombshells, so let’s look at what’s coming up soon.

For starters, Jack (Peter Bergman) and Ashley (Eileen Davidson) will be faced with a difficult decision. The siblings finally discover Dina’s (Marla Adams) Alzheimer’s in Friday’s new Y&R episode, November 17, so that’ll put them in a tight spot next week. They’ll have to determine whether they’re going to deceive the rest of the Abbott family or come clean.

Naturally, The Young and the Restless spoilers say Jack and Ash will choose deception. We’ll give them a pass since they won’t want to put a damper on the Thanksgiving festivities. That’s especially true since Abby (Melissa Ordway) has been through such a difficult ordeal. 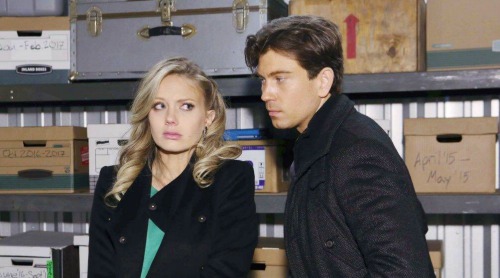 Ashley and Jack will decide to keep Dina’s diagnosis under wraps until the time is right. Still, it’s too bad they’re leaving Traci (Beth Maitland) in the dark. She deserves better! It looks like Ashley may crumble in front of Abby eventually, so Traci really needs to be brought in the loop.

Meanwhile, Abby will deal with a secret of her own. She slept with Scott (Daniel Hall), but she’ll try to keep that to herself. Scott has the most to lose here. He’ll undoubtedly struggle with guilt as Sharon (Sharon Case) becomes clingier. The thought of losing Scott helped Sharon realize just how much he means to her. We’ll see how she feels when the hookup news comes out!

You can bet that both of those secrets will be revealed sooner or later. When Y&R is ready to break up “Chick,” it’ll be the perfect time to unleash the truth. Of course, they could also use these secrets to signal Adam Newman’s return. If the show is looking for a recast, maybe we’ll see some clues along the way.