The Young and the Restless Spoilers: Gloria Plots to Save Kevin From Chloe – Can Mom Stop Son From Marrying Murderer? 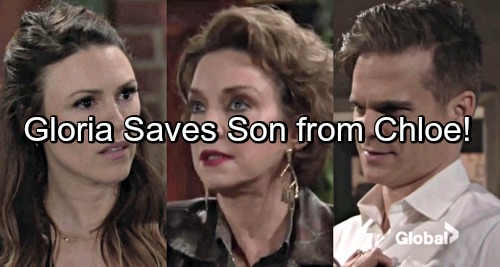 The Young and the Restless (Y&R) spoilers tease that Gloria (Judith Chapman) will remain concerned about Kevin’s (Greg Rikaart) future. She promised that she’d make him understand what a terrible mistake he’s making. Gloria doesn’t approve of Kevin’s plan to marry Chloe (Elizabeth Hendrickson) and she’s determined to help him see the light.

Chloe insisted she wasn’t going to hurt Kevin again, but Gloria just didn’t buy it. She’s sticking to her goal of cutting Chloe out of Kevin’s life. How does Gloria intend to do that? She probably doesn’t know yet, but a plot should come together soon enough. 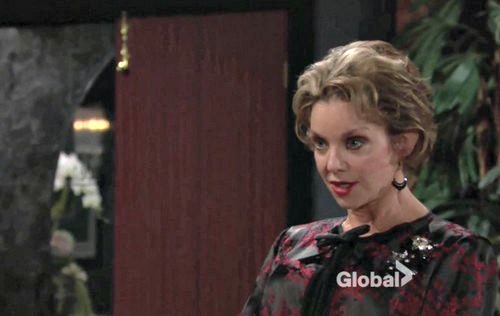 When Gloria sets her mind to something, there’s no stopping her. Just ask Jack (Peter Bergman). The Young and the Restless spoilers say Gloria will do what she does best. This schemer will cook up a way to push Kevin and Chloe apart.

The Young and the Restless spoilers indicate that Kevin may try to ignore Gloria’s meddling. It’s clear that he’s in love with Chloe or at least the idea of building this perfect family. Kevin can be stubborn and that could put Gloria at a disadvantage. He’s not letting Chloe go without a fight. 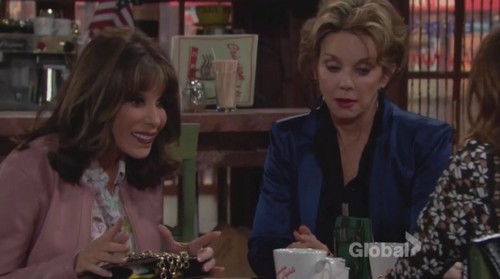 Of course, Gloria doesn’t realize that Nick (Joshua Morrow) and Chelsea (Melissa Claire Egan) are sleuthing. They may take care of all this for her. Nick will find more evidence and Chelsea’s suspicions could grow. They’re closing in on the truth about the explosion and Adam’s (Justin Hartley) presumed death.

Since that isn’t even on Gloria’s radar, she might focus on another secret. She doesn’t like the fact that Chloe hasn’t been forthcoming about Bella’s paternity. Perhaps Gloria will do some digging in hopes of learning the real story. Who knows how far Gloria will go to get the scoop? 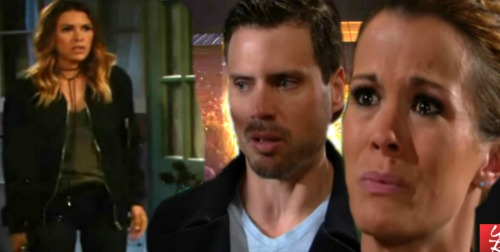 Chloe is obviously distracted by the Adam drama at the moment. She’s trying to get rid of anything that makes her look like a killer. Chloe is also scrambling to concoct excuses for her bizarre behavior. Her life is spiraling out of control and that’s sure to take a toll on her.

Chloe was doing OK until all of this stress emerged. Now she’s losing her grip on reality. Y&R fans can expect things to get pretty rough for Chloe. It appears her murderous actions will be revealed, but will she be married to Kevin by then?