The Young and the Restless Spoilers: Graham Plans To Kill Dina – Money Drives Bloodworth Towards Murder

BY Sean O'Brien on July 1, 2017 | Comments: one comment
Related : Soap Opera, Spoiler, Television, The Young and the Restless 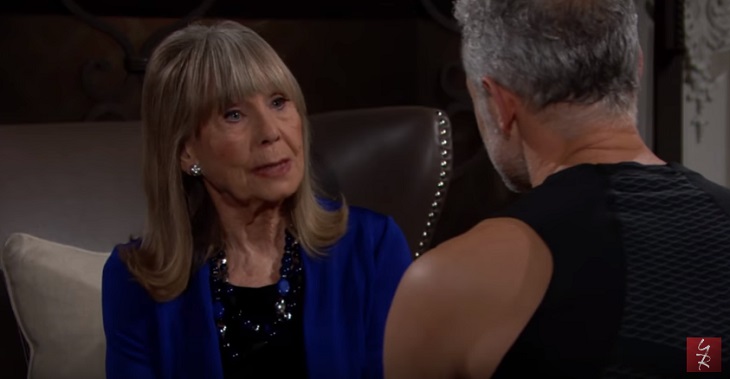 The Young and the Restless spoilers tease that Dina’s (Marla Adams) recent change of heart puts her life in danger. By agreeing to leave the bulk of her estate to Graham (Max Shippee), Madame Mergeron also unwittingly setup Mr. Bloodsucker, uh, Mr. Bloodworth as her executioner.

The idea that Graham will kill Dina is disturbing, but was implied a few weeks ago. Ashley (Eileen Davidson) walked into her mother’s Genoa City Athletic Club suite just as Dina and Graham were arguing. He grabbed Dina’s arm in a show, but released it and then offered a cover-over explanation.

Whenever anyone is caught by a third party doing anything unusual one is right to ask many questions. One of them would be; How many times has that happened before? 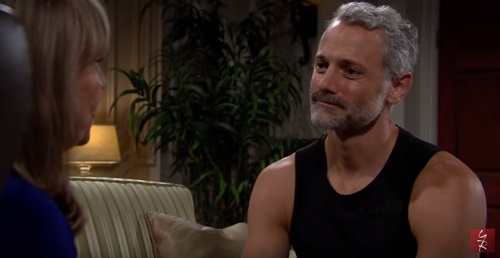 Dina legally changed her will and by all accounts did so while of sound mind and body. Yes, she repeated herself a few times after having returned home to Wisconsin. But her mental faculties appear to be fine, unless a past or future medical test reveals Alzheimer’s, or some similarly dire diagnosis.

By making Graham her main heir, Dina also positioned him as her assailant. Minimalists would argue that anyone who is set to inherit a fortune could also be tagged as a potential killer. But that logic would be wrong.

An overwhelming majority of personal assistants don’t put their hands on their bosses and behave in a physically aggressive manner. Since Graham’s backstory is a mystery, Dina and her children have no idea what demons exist in his personal history, or inhabit his mind now.

Was Graham abused? Has he assaulted family members, friends, co-workers, supervisors or total strangers in the past? Those questions and almost all others can only be answered with puzzled looks.

As the summer heat is applied, Graham seems likely to move forward with his agenda. Waiting for Dina’s natural demise would leave his windfall unsecured. 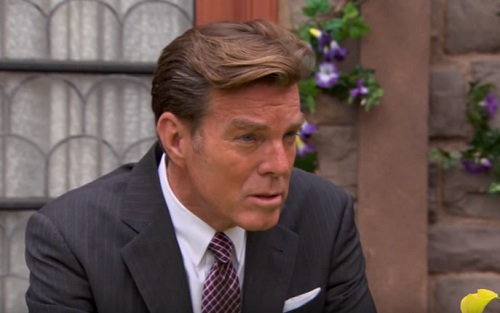 However, if Graham poisons Dina’s tea, forces her to stare at Victor’s (Eric Braeden) oil painting for an extended period of time, takes her up to the GC Athletic Club roof for a look at the ground down below or makes some other sinister move, he’ll gain mega-bucks shortly thereafter.

Here’s hoping that Ashley, Jack (Peter Bergman), Gloria (Judith Chapman) or someone else uncovers Graham’s motive before he has a chance to act. Don’t ask Jill (Jess Walton) though because she’d probably help him.

The horror all of Dina’s loved ones would feel if Graham’s crime is confirmed after the fact would be unrelenting. So this diabolical monster must be stopped before she’s killed.