The Young and the Restless Spoilers: Happy Birthday Jeanne Cooper – What Would Katherine Chancellor Say Today?

BY Sean O'Brien on October 25, 2017 | Comments: one comment
Related : Soap Opera, Spoiler, Television, The Young and the Restless 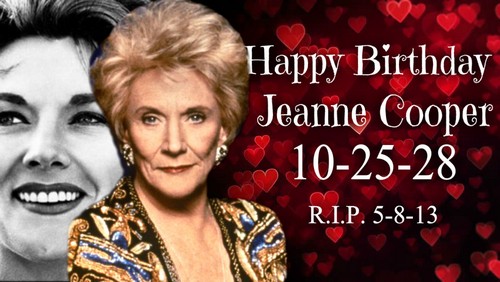 The Young and the Restless spoilers honor the birthday of the late, great Wilma Jeanne Cooper. She was born October 25, 1928, in Taft, California. The famed actor played Genoa City’s Grande Dame, Katherine Chancellor, from Y&R’s birth in 1973, through 2013, when Cooper passed away (May 8, 2013, in Los Angeles, CA).

Widely recognized as one of the great actors in the genre’s history and honored with a Lifetime Achievement Award in 2004, Cooper gained increasing fame as her role evolved. 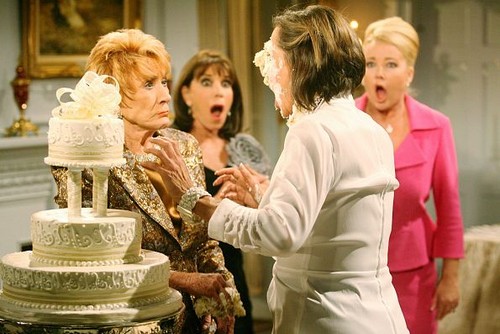 Katherine’s early days were rapt with obsession involving her deepest love, Phillip Chancellor II (John Considine and Donnelly Rhodes). Their marital strife included the introduction of another enduring character, Jill, who was initially played by Brenda Dickson in the 1970’s. Deborah Adair assumed the role for a few years in the early 1980’s. Jess Walton became (and has remained) Jill in 1987.

Jill will soon be returning to GC. Her arrival will interact with the coming arrival of Cane’s (Daniel Goddard) second son. Fans can imagine what Mrs. C. would have to say about that development, among others. 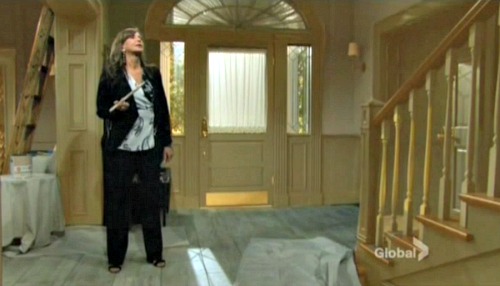 If Katherine the Great were still living, she and Murphy (Michael Fairman) would be living at the mansion. Murph would be out fishing this fall, while Kay would be holding court.

“Billy, you should have never painted the inside of my house! Why did you think moody blue was the color I would have wanted? And, then I was forced to thank Jill for switching back to yellow.”

“Jill, we’ve loved and loathed each other. But I swear, if you bring that lout Colin (Tristan Rogers) into this house, I’ll throw that Aussie hustler out on his arse!”

“He stole all of your money, which gave you a heart attack and then you took him back? You can call me an old goat. But you, my dear, are a piece of work.” 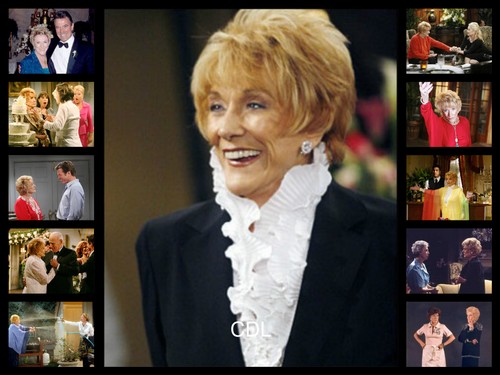 “Cane, you really loused up your life. Lily (Christel Khalil) is a hell of a woman and a wonderful mother. I never thought you would follow in the footsteps of that father of yours. But you did my boy, you did.

“Now, you’re going to do right by Juliet (Laur Allen) and make sure that she’s taken care of until the baby arrives. Esther (Kate Linder) will help with that.”

“Nikki (Melody Thomas Scott), I’m glad you stopped by. We both know that Jack (Peter Bergman) isn’t in your heart. Don’t give Victor (Eric Braeden) an opportunity to take up with another woman because we know he’s done that before.”

“You two love each other, dear. So swallow your pride and move back to the Ranch.” 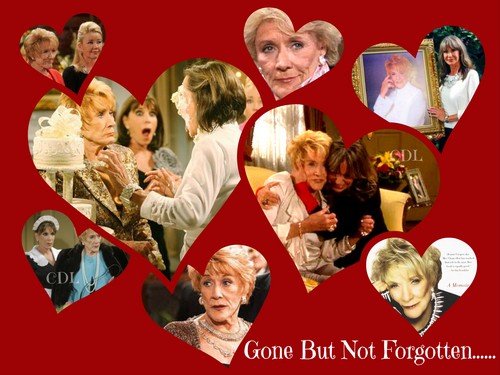 While many talented actors have been part of Y&R’s cast during the past 44-plus years, no one has or will match Jeanne Cooper. She took what she was given by numerous executive producer’s, director’s and writing staff’s and created a soap opera character that was unique unto herself. Katherine’s look, verbal cadence, physical gestures and most importantly, sheer force of will were memorably original.

Some people leave a hole in the world when they depart it. Jeanne you did that and everyone down here holds you accountable. We’re still honoring the date of your birth. In return, Y&R fans demand that you keep an eye on us until we hopefully join you someday in Heaven.