The Young and the Restless Spoilers: Hilary Pushes Devon to His Limit – Will Hilary Win Devon Back or Drain Him Dry? 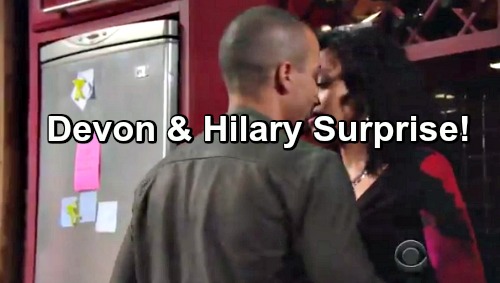 The Young and the Restless (Y&R) spoilers tease that the conflict will heat up for Hilary (Mishael Morgan) and Devon (Bryton James) again. After Hilary’s deception reached a whole new level, Devon decided he just couldn’t take it anymore. Hilary agreed to walk away out of love, but Devon has made a few irritating moves since then.

Hilary claims she doesn’t want Devon’s money, he’s not convinced. Devon put her to the test by offering a cashier’s check for $250 million. Hilary was appalled and suggested she wasn’t for sale. Devon also tried to make Hilary sign a paper saying she’d never take him to court for his fortune. 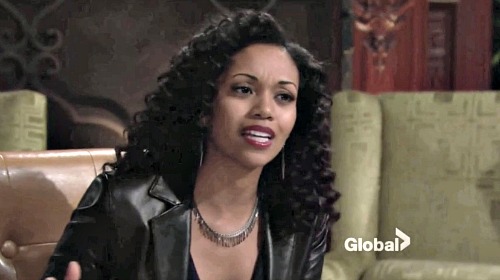 Hilary probably feels like Devon is cheapening their entire love story. Even though money was undoubtedly on her mind at some point, things shifted along the way. Hilary truly cares about Devon and she doesn’t appreciate how he’s choosing to ignore her feelings. She’s made some decisions she regrets, but that doesn’t change the fact that she loves her husband.

The Young and the Restless spoilers say Hilary will soon make some choices that drive Devon up the wall. She may taunt him about his fears that she’ll drain him dry. Hilary could also stir up more trouble at GC Buzz. Whatever the case, Devon will begin to lose his patience. Hilary will definitely get on his last nerve.

What’s this building up to? There are several routes that The Young and the Restless could take. Hilary could turn against Devon and try to score a huge chunk of his wealth. There’s no prenup, so this might be a piece of cake for Hilary. It would eliminate some of Devon’s riches, which might be a good thing for his character.

Another option would be to create sexual tension through the strife. There’s a fine line between love and hate on Y&R. Sometimes soaps turn angry moments into steamy ones. Hilary and Devon could surprise themselves by leaning in for a hot kiss. They might even hit the sheets for some rage-fueled passion.

Then again, maybe Devon and Hilary just need to unleash all of their wrath. If they express their complaints and get everything out in the open, perhaps they can heal their relationship. Working through their issues is the first step.

Regardless, Hilary and Devon’s situation is going to get worse before it gets better. We’ll give you updates as other news comes in. Stay tuned to Y&R and don’t forget to check CDL often for the latest Young and the Restless spoilers, updates and news. Come and join in the LIVE discussion on our Facebook Page!